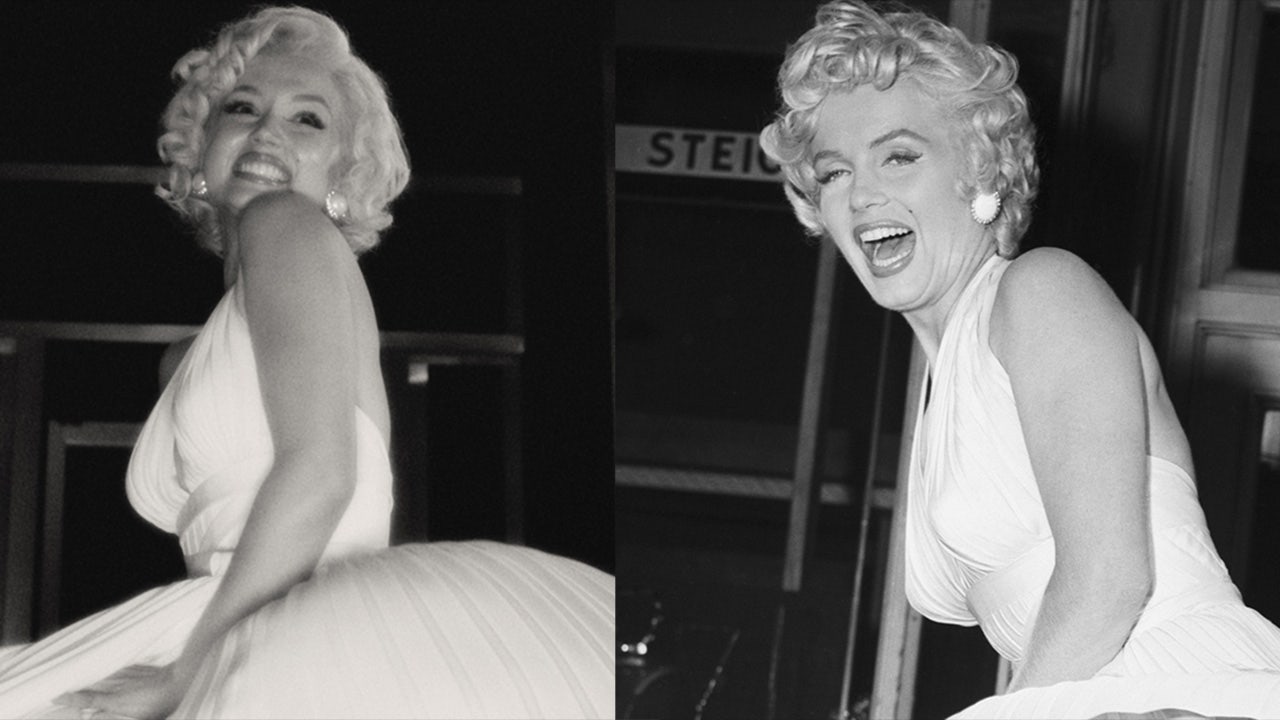 The NC-17 flick, an adaption of Joyce Carol Oates’ 2000 novel, is a fictionalized take on the real-life actress and the struggle she endured during her brief life. The drama, directed by Andrew Dominik, stars Ana de Armas as Monroe. “Blonde” became available for streaming on Sept. 28.

While the film got a rapturous reception at the Venice Film Festival, it has been largely panned by both film critics and Monroe fans since its release. Many have said it exploits Monroe, who passed away in 1962 at age 36.

CRITICS RIP NETFLIX’S ‘BLONDE’ FOR BEING ‘EXPLOITATIVE’ AND ‘SEXIST’: ‘SELF-INDULGENT ACT OF CRUELTY’

“’Blonde’ is a fairytale that straddles a very thin line between actual events in Marilyn Monroe’s life and the false narrative Oates fabricated for her novel,” he said. “In this film, Andrew Dominik has gone even further with graphic, grotesque and disturbing adaptations of the chapters in the book. It is the definition of exploitation. And worse, it is the assassination of a woman who isn’t even here to defend herself and clarify definitively what’s true and what’s false.”

Fortner is considered an authority on Monroe and assists major auction companies in authenticating and verifying memorabilia. He owns the world’s largest private collection of Monroe’s personal possessions, which he shares on both his website and social media. Most recently, he is launching a podcast titled, “All Things Marilyn,” which will aim to explore Monroe’s career and legacy based on conversations with notable experts.

“Above all else, viewers must note that ‘Blonde’ was not a biography about Marilyn Monroe nor is this Netflix film a biopic,” he said. “Nearly every scene in the film portrays a mistruth or fabricated event. It does not tell the true story of Marilyn Monroe.”

Fortner has also taken to his website to publish an in-depth review after watching “Blonde.” In it, he criticized the film’s numerous inaccuracies on Monroe’s life, which he said are presented as fact.

Like Fortner, Emily Ratajkowski took to social media to share her feelings about “Blonde.” The model, 31, admitted that she has yet to see the film. However, the conversations surrounding it have compelled her to speak out.

“I’m not surprised to hear it’s yet another movie fetishizing female pain even in death,” said Ratajkowski. “We do that in many, many different ways, but I want that to change.”

Ratajkowski compared Monroe’s treatment by the media to other modern-day stars who have suffered in the public eye.

“Look at Amy Winehouse, look at Britney Spears, look at the way we obsess over [Princess] Diana’s death,” she shared.

‘BLONDE’ STAR ANA DE ARMAS IS CONFUSED ON WHY MOVIE GOT NC-17 RATING: ‘I DIDN’T UNDERSTAND WHY THAT HAPPENED’

Marilyn Monroe poses for the camera circa 1952. The actress passed away in 1962 at age 36.
(Michael Ochs Archives/Getty Images)

Adrien Brody, who starred in “Blonde,” defended the project, insisting it was “supposed to be a traumatic experience.” The Oscar winner told the Hollywood Reporter that both the film and the book that it was inspired by are “rife with themes of exploitation and trauma” because “Marilyn’s life, unfortunately, was full of that.”

“I think that since [the film is] told in this first-person perspective, it works somehow for the film to be a traumatic experience because you’re inside of her — her journey and her longings and her isolation — amidst all of this adulation,” said the 49-year-old. “It’s brave, and it takes a while to digest. And I think it’s in conflict with what the public’s perception of her life is.”

Monroe’s official Instagram page has dedicated its most recent posts to her accomplishments as a star.

“Throughout Marilyn’s life, she never stopped aiming to better herself and her career,” one post read. “She studied under many coaches and was always eager to develop her talent.”

“Blonde” has been panned by many, insisting the film exploits the real-life Marilyn Monroe.
(Netflix)

“Marilyn dedicated her life to acting,” revealed another. “Once she got into the movie business, she got acting lessons and advice to help her succeed.”

Dominik, who has read many of the reviews, said that “Blonde” is supposed to be “a horror film.”

In his post, Fortner noted that the grotesque inaccuracies of “Blonde” make it a true horror show even for those unfamiliar with Monroe’s journey beyond the big screen. Rather than exploring a complex life that included both triumphs and tragedies, it only created a poor caricature of a star mocked decades after her death.

“In a 1960 interview with journalist Georges Belmont, Marilyn said, ‘The true things rarely get into circulation. It’s usually the false things.’” Fortner pointed out. “’Blonde’ is utterly atrocious, misogynistic and a fail in every sense of the word. My only hope is that it is perceived by viewers as so incredibly ridiculous, salacious and horrifying that the general public will switch it off and assume it couldn’t possibly be an accurate representation of the most famous blonde of all time.”

“We should all take comfort in knowing Marilyn Monroe is not here to witness this,” he added.