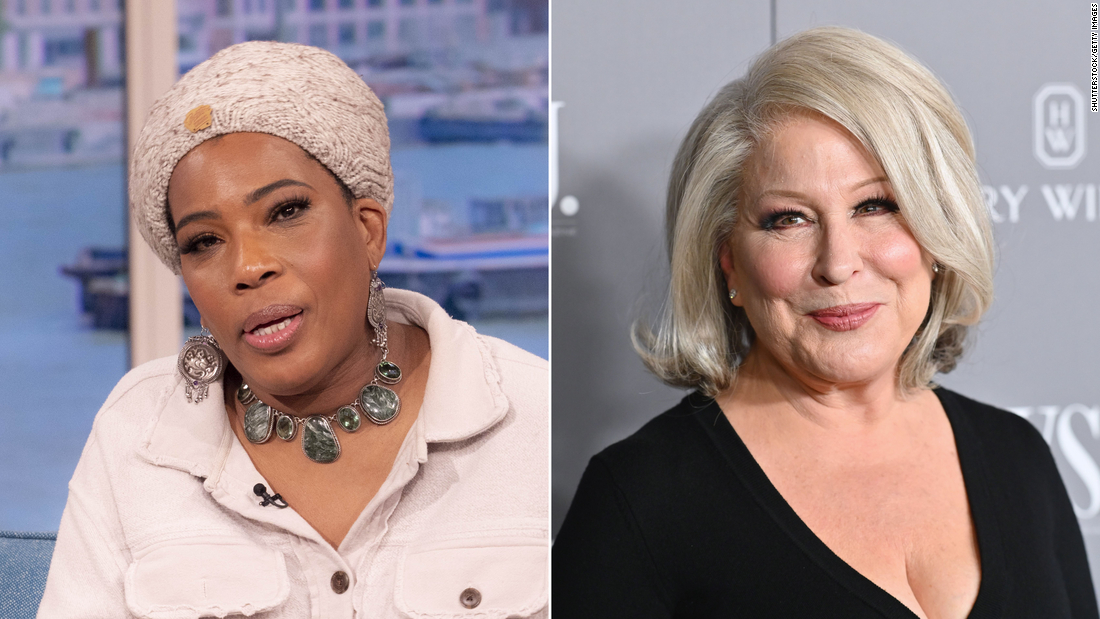 Gray, best known for her 1999 hit song “I Try,” seemed to anticipate the backlash during an appearance that aired Monday on Fox Nation’s “Piers Morgan Uncensored.“

“I will say this and everyone’s gonna hate me but as a woman, just because you go change your [body] parts, doesn’t make you a woman, sorry,” Gray said after Morgan brought up the issue of trans athletes in sports.

“Right, you feel that?,” Morgan responded.

“I know that for a fact,” Gray replied.

“Being a little girl is a whole epic book, you know? And you can’t have that just because you want to be a woman,” she told Morgan, later adding that she “doesn’t think you should be labeled transphobic just because you don’t agree.”

Midler similarly sparked controversy when she tweeted on Monday, “WOMEN OF THE WORLD! We are being stripped of our rights over our bodies, our lives and even of our name!”

“They don’t call us “women” anymore; they call us “birthing people” or “menstruators”, and even “people with vaginas”!,” her tweet reads. “Don’t let them erase you! Every human on earth owes you!”

Both of their comments did not go over well.

“What is it about ‘womanhood’ that TERFs [a term defined as a feminist who excludes the rights of transgender women from their advocacy of women’s rights] like macy gray and bette midler are so desperate to cling to?,” writer Arielle Tschinkel tweeted. “Trans women existing doesn’t make me any less of a woman, no matter how different our experiences may be. it’s just ridiculous at its core honestly.”

Summer and Coco clash on Love Island: The Reunion | Culture