‘Lost in Space’ star Marta Kristen recalls moment she heard ‘60s series was ending: ‘No one really knew why’ 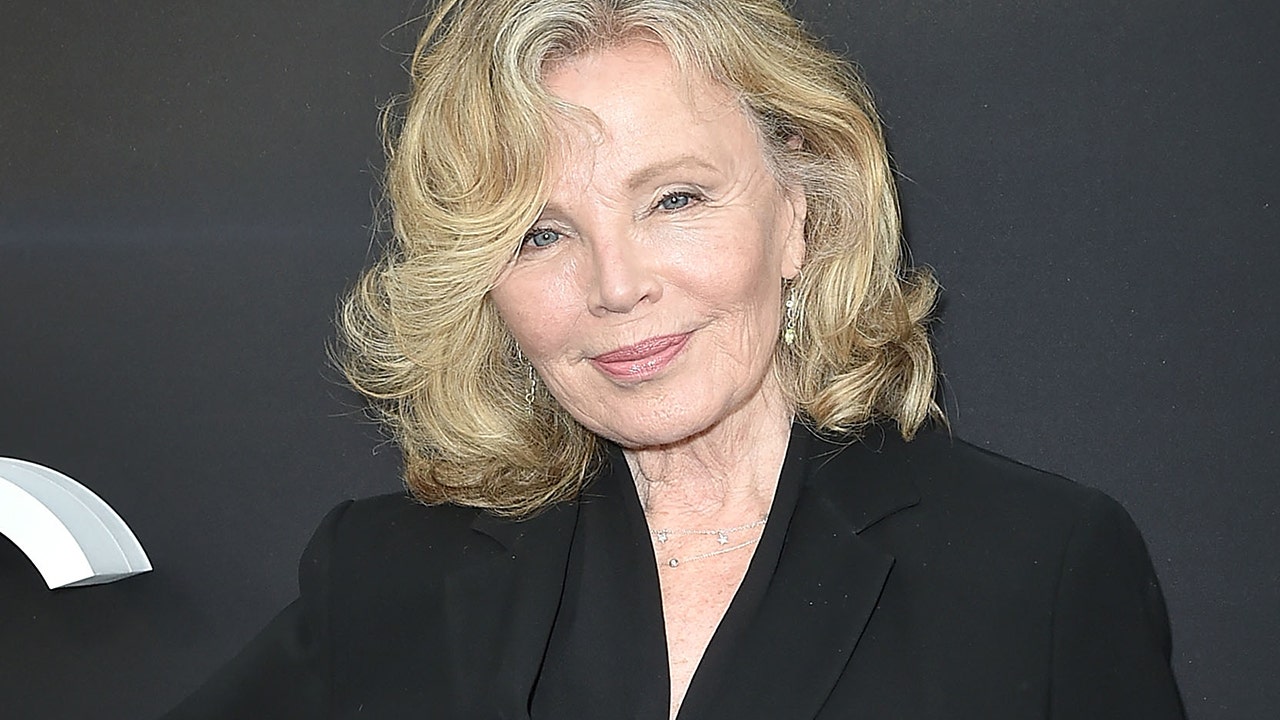 Marta Kristen is enjoying a trip back to the future.

Nearly 60 years ago, audiences were introduced to the Robinson family in the campy sci-fi series “Lost in Space,” which aired from 1965 until 1968. For the first time since the show ended, the actress, along with co-stars Bill Mumy and Angela Cartwright, have been reunited with their costumes to commemorate Heritage Auctions’ “Monsters & Friends: Featuring the Kevin Burns Collection.” The sale kicks off on Thursday.

The news came shortly after Cartwright, 69, and Mumy, 67, teamed up to release a new book titled “Lost (and Found) in Space2: Blast Off Into the Expanded Edition.” The pictorial memoir features over 925 photos and more than 600 newly found images hand-selected by the TV siblings.

Marta Kristen poses with her costume from season 1 of ‘Lost in Space’ at the “Auction Reception and Preview: Monsters &amp; Friends: Featuring the Kevin Burns Collection” at Heritage Auctions, Beverly Hills on October 26, 2021 in Beverly Hills, California.
(Photo by Vivien Killilea/Getty Images for Heritage Auctions)

Kristen, 76, spoke to Fox News about how she got the role of Judy Robinson, what her cast-mates were really like, and how she coped with the show’s ending.

‘MUNSTERS’ STAR BUTCH PATRICK RECALLS HIT ’60S SERIES: ‘WE WERE ABLE TO GET AWAY WITH A LOT MORE’

Fox News: How did you get the role of Judy Robinson?
Marta Kristen: Well, I originally came here from Norway to Michigan where my parents taught and took a sabbatical. But James Harris, the producer of “Lolita,” actually discovered me at a restaurant. He wanted me to play the lead role at 15 and my parents said, “No, absolutely no way.”

I guess he thought I had something that would resonate on screen because he got me an agent. And through that agency, I started working in almost every television show during that time. When it came time to cast Judy Robinson, [creator] Irwin Allen said “I want that girl!” *laughs*I met with him, but I wasn’t so sure if I wanted to do the show originally. I did quite a bit of thinking – two weeks actually.

Fox News: Why the hesitation?
Kristen: Well, I wanted to go to New York and do theater. That was always my first love. But people were telling me, “Are you crazy? This is a golden opportunity to do a show that will not only make your career but make television history.” So after thinking about it for two weeks, I decided to give it a chance.

Even though my part was diminished because the stories became more about the Robot and Dr. Smith, it was still a wonderful show to do. It was about family, about survival, about people working together. And even though there were monsters and silly things like a giant carrot and all that, there was a tenderness to it. It was something we all admired and needed in our lives.

Fox News: In addition to “Lolita,” is it true that you were originally tested for a role in “The Sound of Music”? That would have paired you with Angela Cartwright.
Kristen: I was tested for it, but I was told that I was too sexy for it. I never saw myself as that. I always thought of myself as a Norwegian Midwesterner *laughs*.

Marta Kristen arrives to the Los Angeles premiere of Netflix’s ‘Lost In Space’ Season 1 held at The Cinerama Dome on April 9, 2018 in Los Angeles, California.
(Photo by Michael Tran/FilmMagic/Getty Images)

Fox News: It’s been reported that you felt your character Judy Robinson was underused at times. If you were allowed to rewrite your character, what would you have done differently?
Kristen: I think I would have had the wonderful Judy Robinson walking around and quoting Shakespeare, which is what I did as a young child actually *laughs*. I wanted to be on stage. I don’t know where it came from, but I was reading Shakespeare as a child. I was excited about “Macbeth.” So I wanted to build on that.

Also, I felt like my character’s relationship with Major West [Mark Goddard] could have been more than what it was. I think it could have been more important within the small family. We were just emerging from the ‘50s, the cute little housewife with her apron and high heels. It was beginning to radically change in the United States. So I would have liked to somehow address that more.

Fox News: What was your relationship like with the cast?
Kristen: I love each and every one of them. Guy [Williams] was a great gentleman and a teacher of music. He always had this magnificent classical music coming out from his dressing room. June [Lockhart] taught me killer Scrabble *laughs*… She’s an extraordinary woman who is so accomplished.

Jonathan [Harris] taught me the importance of having the utmost respect for everyone on set, cast and crew. You show your love and care by showing up on time, knowing your lines and not wasting anyone’s time. I knew that, but he showed it. And of course, Bill [Mumy] And Angela [Cartwright] were just the sweetest. I told Bill all about Bob Dylan and we would sing those songs. And Mark is just hilarious. He makes me laugh until I can’t breathe. It’s just a wicked sense of humor. I couldn’t have asked for a better cast.

We had our arguments and differences, naturally. We saw each other each day for hours on end. But we were a family in many ways… I remember the last time I saw Jonathan. I had just done a commercial. He put his arms around me as I was helping him walk and he said, “Oh, that was a wonderful, wonderful commercial you did.”

He was so loving and supportive… I haven’t given that memory much though because it’s too emotional. But looking back on it, it was a lovely, lovely memory. He always made me feel special. And he would tell these wonderful jokes that were just a bit off-color. I got to know his wife Gertrude after he passed and we became close… She reminded me so much of my mother. She was a great storyteller who also made me feel special. After she passed, I adopted her dog.

Fox News: It sounds like you have a lot of wonderful memories.
Kristen: I gained so much from doing that show. I gained a sense of an ensemble, a sense of togetherness, a sense of what it’s like to work on the set, how to behave on the set. But most of all, I gained lasting friendships with everyone and that has meant more to me than anything else.

Fox News: How did you cope when the show ended?
Kristen: Oh, I remember that moment vividly. I was at my house and I received a phone call. I learned it was canceled. I was speechless. No one really knew why. Later on, we found out that it was possibly Irwin’s battle with CBS at the time. He wasn’t giving the scripts that CBS demanded. And they wanted six of them, apparently, or something like that.

I think everyone has a different version of the story. But at that time, Irwin just had so many projects. And I guess he just thought it wasn’t worth the fight. So it was canceled. And it was unusual because we were doing very well in the ratings. We had a very large fan base even then. But it was an expensive show.

Fox News: How surprising has been for you to know that “Lost in Space” continues to have such a large following?
Kristen: For me, it’s been more surprising to see younger people finding and embracing the show. With CGI and the rise of all this new technology, our show looks so simple *laughs*. But I think people connect with it because it’s a story about family… When people watch it, it reminds them of a simpler time, even though it was a very complicated and changing time. But it’s a moment in time in our history of television. And it’s lovely to look back.