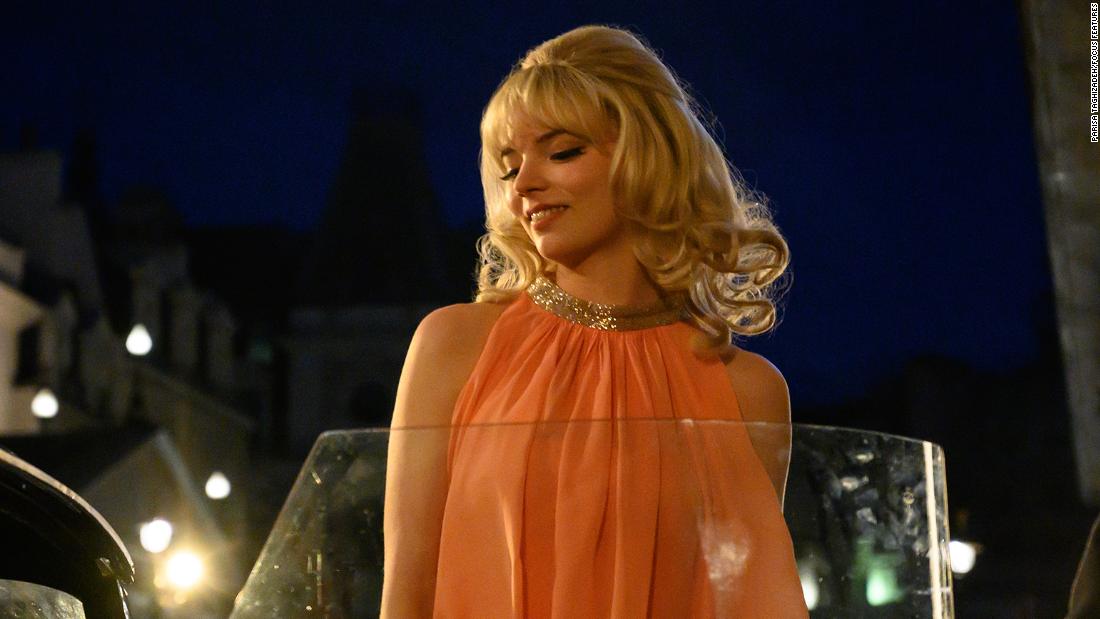 Author Stephen King has praised the movie on Twitter, which makes sense, since the premise (written by Wright and Krysty Wilson-Cairns) feels like something he might have concocted, leaving the audience guessing about the extent to which what’s happening is psychological or supernatural.

Eloise (“Jojo Rabbit’s” Thomasin McKenzie) arrives in London as a fashion student, wide-eyed and a bit naïve. A mean-girl roommate quickly sends her looking for a new living arrangement, and she finds one by taking a room with a stern, elderly landlord (the late Diana Rigg, to whom the film is dedicated).

Soon, Eloise begins experiencing visions of the ’60s, where she witnesses the struggles of an aspiring singer, Sandie (Taylor-Joy), who comes brimming with confidence and catches the eye of a smooth-talking manager (Matt Smith).

“There’s just something about the ’60s that speaks to me,” Eloise explains, but the way-cool fashions of the time also come with less-cool accessories, including the misogynistic attitudes toward women.

Saying more would be giving away too much, but Wright (“Baby Driver”) oscillates between those two worlds in a dazzling manner, representing a genuine feat of film editing. In addition to Rigg, a signature symbol of ’60s British style in “The Avengers,” there’s also Terence Stamp as a mysterious stranger, adding to the conspicuous links to that era.
The soundtrack, meanwhile, breezily drops in tunes from the likes of Petula Clark, Peter & Gordon, Cilla Black, and Dusty Springfield, in places that deftly complement the story. Taylor-Joy weighs in with an a cappella rendition of Clark’s “Downtown,” providing another what-can’t-she-do wrinkle to “The Queen’s Gambit” star’s growing resume.

Of course, style points only go so far, and “Last Night in Soho” eventually has to get down to the business of clarifying what’s going on, and the extent to which Eloise’s history could play a role.

The story also lags a bit, frankly, during the periods when Taylor-Joy isn’t on screen, indicative of the gaudy levels of star wattage she brings to the proceedings. Finally, like many a King adaptation, the payoff doesn’t prove fully equal to the buildup.

Nevertheless, Wright has found a way to make the film about more than simple nostalgia, as Eloise discovers, delivering a movie that isn’t all that original and yet manages to feel bracingly fresh and unexpectedly relevant.

How well the movie speaks to you might depend in part on how much the fashions, music and little touches (such as “Thunderball” playing on the local movie marquee) resonate. But overall “Last Night in Soho’s” way-back machine delivers a thrilling trip, one that niftily brings a bit more Taylor-Joy to the world.

“Last Night in Soho” premieres in US theaters on Oct. 29. It’s rated R.