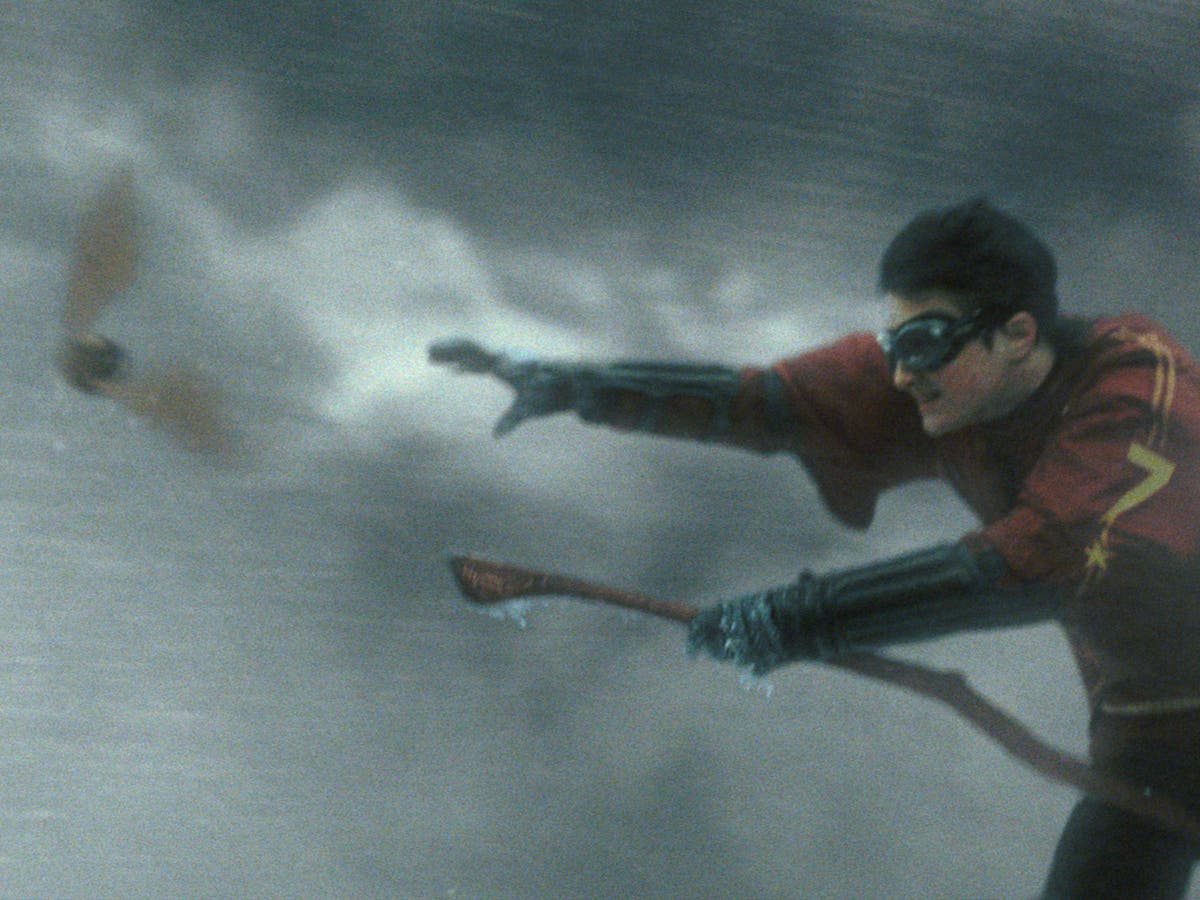 Harry Potter, Ron Weasely and Hermione Granger are gathered around Sirius Black as the full moon rises. It’s a crucial scene in The Prisoner of Azkaban that sees the escaped convict shed his human form and become a werewolf, foiling the trio’s capture of Peter Pettigrew, the man who betrayed Harry’s parents. There’s just one problem. The moon is completely covered by clouds.

“I think it took about four or five months after the initial request before they actually got the scene done,” Richard Wild tells me. In the past two decades, Wild – chief meteorologist at weather data site WeatherNet – has become Hollywood’s unofficial weatherman. When a studio wants rain, fog, sunshine, snow, or a full moon on a clear night, Wild is the man they call. From the new Game of Thrones spin-off House of the Dragon to Mission: Impossible, and come rain or shine, Wild is their man.

While one might not expect the meteorological conditions for a host of major Hollywood movies to be in the hands of an upbeat, middle-aged man from Cheshire, they very much are. Blockbuster hits such as Jurassic World: Dominion, Doctor Strange in the Multiverse of Madness, The Northman, Fantastic Beasts: The Secrets of Dumbledore, The Batman, No Time to Die, and Star Wars: The Rise of Skywalker are just some of his recent projects.

Wild’s showbiz-adjacent career began in 2002, after a Warner Bros executive became sick of dealing with a long list of people at the Met Office so called Wild instead. He asked him for the forecast at their studios in Leavesden, Hertfordshire, where the Pierce Brosnan Bond movie, Die Another Day, was being shot. “He was like a pebble in a pond,” Wild says. “He just dropped and ripples went out. I now have over one and a half thousand [industry] contacts and 200-250 film credits to my name.”

It’s an interesting career turn for a man who readily admits he’s not a big fan of film. So much so, that Wild forgets the names of movies he’s helped on, and it’s up to me to work them out based on the various plot points he can remember. “I feel sorry for the kids and the real fans, because I’ve touched props, met people, and I don’t really have any interest,” Wild says. Working extensively on Harry Potter, for instance, Wild was given special access to the set and was able to meet the core cast of Daniel Radcliffe, Emma Watson and Rupert Grint. Upon leaving, Wild saw crowds of fans at the studio hoping for a glimpse of the trio. “I saw so many fans begging for stuff and I’m thinking, I’ve touched Emma Watson’s cat,” he says of his brush with Crookshanks, Hermione’s feline companion.

It’s not all special requests such as full moons, though. Wild tells me his work can vary from quick £13 jobs for a one-off forecast to many thousands of pounds if he’s working on a project long-term. The events of Sam Mendes’ World War I drama 1917 take place almost entirely outside, and Wild was so involved in the process that he received a credit in the film. “Seeing my name on the big screen with everybody, all the producers,” he says. “That’s really a humbling moment.”

Of course, the weather is a cruel mistress and not always willing to bend to the desires of meteorologists and moviemakers. What’s more, a single flubbed forecast could cause delays and cost production companies huge amounts of money. Has Wild ever faced the wrath of a producer when mother nature hasn’t quite played ball? “We were doing something in the Plymouth area, and quite simply it was awful in all aspects. We have sea fog coming in… It’s very difficult to predict.” Naturally, the fog decided to linger and the producer of the advert he’d been asked to forecast for was “irate”. “I was like, ‘I did warn about sea fog and it was predicted.’ I think she was just frustrated that we weren’t precise and I said, ‘You’re trying to be precise with a weather peril that isn’t precise!’”

Fortunately, Wild adds that most producers understand it’s hard to predict the unpredictable. “They realise that things do go wrong and I’ve got no problem in phoning and saying ‘listen, I know it went wrong. I’m very sorry. We just do our best.’ And they accept it. But, I feel bad when it’s really, really gone wrong,” Wild says.

Wild has previously described his job as “magical” – I ask why. “You get to meet people you wouldn’t expect to. And to touch things and see things like Dumbledore’s office,” he says. “Those little quirky things make me feel very lucky and privileged to have the job that I have.”

I leave him to get back to his forecast for the tenth instalment of the Fast and Furious franchise. In Fast X, Vin Diesel may or may not be rained on – and that depends entirely on Richard Wild.