How Do You Tell a Vandal From a Visitor? Art Museums Are Struggling. 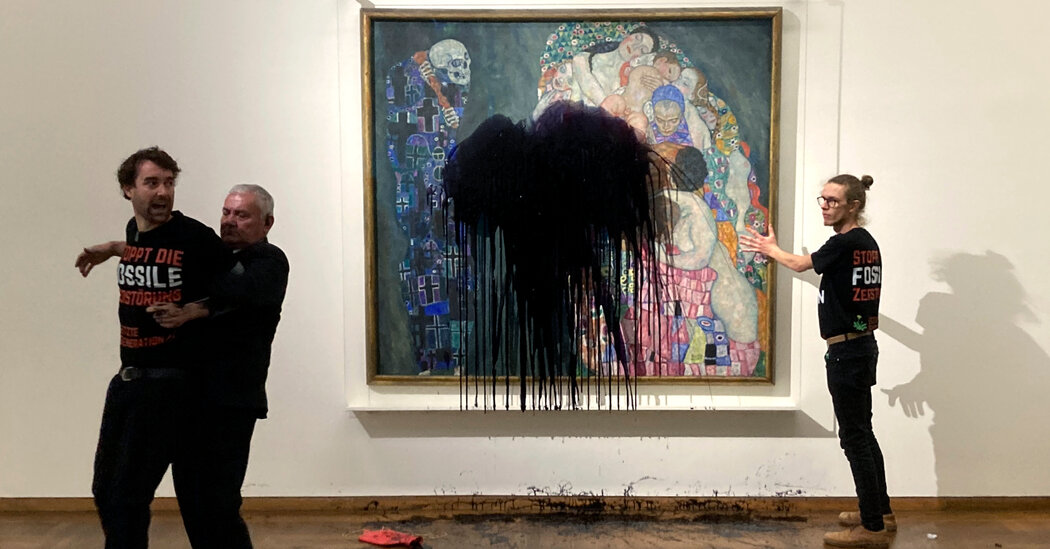 And sometimes a barrier between a painting and its audience is contrary to the work’s spirit. Mabel Tapia, the deputy artistic director of the Reina Sofia museum in Madrid, said she would never allow that collection’s highlight, Picasso’s 1937 antiwar masterpiece “Guernica,” to be displayed behind glass. It was “a symbol of freedom, and of the fight against fascism,” she added.

Tapia said she had recently redeployed security guards so they could focus on high-profile works — something she commonly does at times of protest — but she felt there was little more she could do. “The only measure that would actually do something is if we closed the museum,” Tapia said, “and we’re not going to do that.” Museums are meant to be places where people meet to think about important issues, she added. “We need to keep them open.”

There was “no silver bullet” for dealing with the protests, Read, the insurer, said. Museum administrators just had to hope the protesters reminded “genteel, middle-class liberals” who took steps to avoid permanent damage, he added.

Florian Wagner, 30, the member of Last Generation who threw the black mixture at the Klimt painting in the Leopold Museum, said by phone that he knew before the protest that the work was protected by glass. He practiced the stunt five times at home, he said, and was convinced it would not disfigure the painting. “We are not trying to destroy beautiful pieces of art,” Wagner said, but to “shock people” into acting on climate change.

He wouldn’t be staging any more protests, he said, adding, “I think I’ve made my point.” But he said he was sure others in Austria and across Europe would continue. The actions would only stop, he added, once governments “act on this crisis.”

When Jewish Artists Wrestle With Antisemitism

What We Learned From ‘Harry and Meghan,’ the Netflix Series