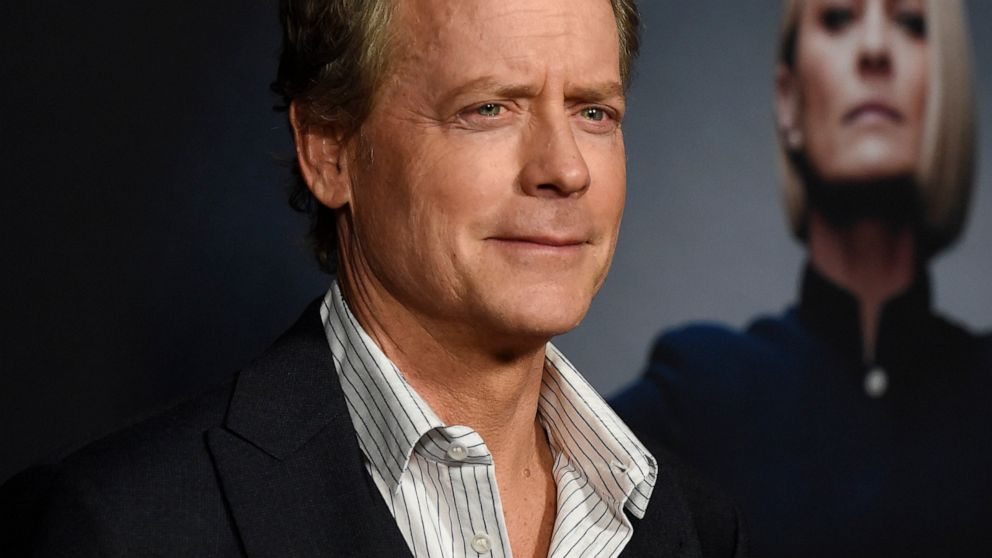 NEW YORK — Greg Kinnear was just a month away from making his Broadway debut in the play “To Kill a Mockingbird” when the pandemic shut theater down in March 2020. He’s not giving up: Early next year, he’ll try again.

The two-time Emmy Award-winner and Oscar nominee is slated to take over the role of Atticus Finch from Jeff Daniels beginning Jan. 5, 2022.

“There is nothing in the Greg Kinnear IMDb credits that you will find that will suggest that I am in any way an obvious choice for for taking on this role,” he tells The Associated Press. “This will all be a new endeavor for me. I welcome it and I’m thrilled about it.”

“To Kill a Mockingbird” by Harper Lee won a Pulitzer Prize in 1961 and has been widely praised as a sensitive portrait of racial tension in 1930s Alabama. At its core is Atticus Finch, a lawyer called upon to defend a Black man falsely accused of raping a white woman.

Lee’s iconic book has been adapted for the stage by Aaron Sorkin, who won an Academy Award and a Golden Globe Award for his screenplay for “The Social Network.” The play is directed by Bartlett Sher.

Sorkin’s script — which cuts the undergrowth of minor characters and enhances others, particularly the maid Calpurnia and Tom Robinson, the man falsely accused of rape — was the thing that really grabbed Kinnear.

“It just moved me so emotionally. It’s such a beautiful, slight modernization of the material to make it relevant in a way that that is so resounding right now,” he said.

“I feel like he humanizes Atticus in a way that needed to happen. And, at the same time, all the texture and the power of the book I don’t feel is lost in any way.”

Kinnear has visited New York to discuss the role with the creative team and while he hasn’t yet seen the show, he has walked onto the empty 1,435-seat Shubert Theatre stage. “I did feel a little catching my breath,” he says.

He is scheduled to start rehearsals in December and hasn’t yet decided whether or not he’ll see Daniels in the role during his four weeks of preparation.

“I’m sure I’ll be amazed if I do go and see it. But there’s part of me that also feels like maybe keeping some distance from it frees up the creativity a little bit by not looking back,” he says.

Kinnear earned an Oscar nod for “As Good As It Gets” and his additional credits include “You’ve Got Mail,” “Little Miss Sunshine,” “Sabrina” and “Baby Mama.” He also has two Daytime Emmy Awards, both for “Talk Soup.”

He admits his theater experience is limited but he did perform in a 2012 production at the New York Stage and Film’s Powerhouse Theater. He says he trusts the “To Kill a Mockingbird” cast and crew. “I’m just happy to get to join the ride,” he said.