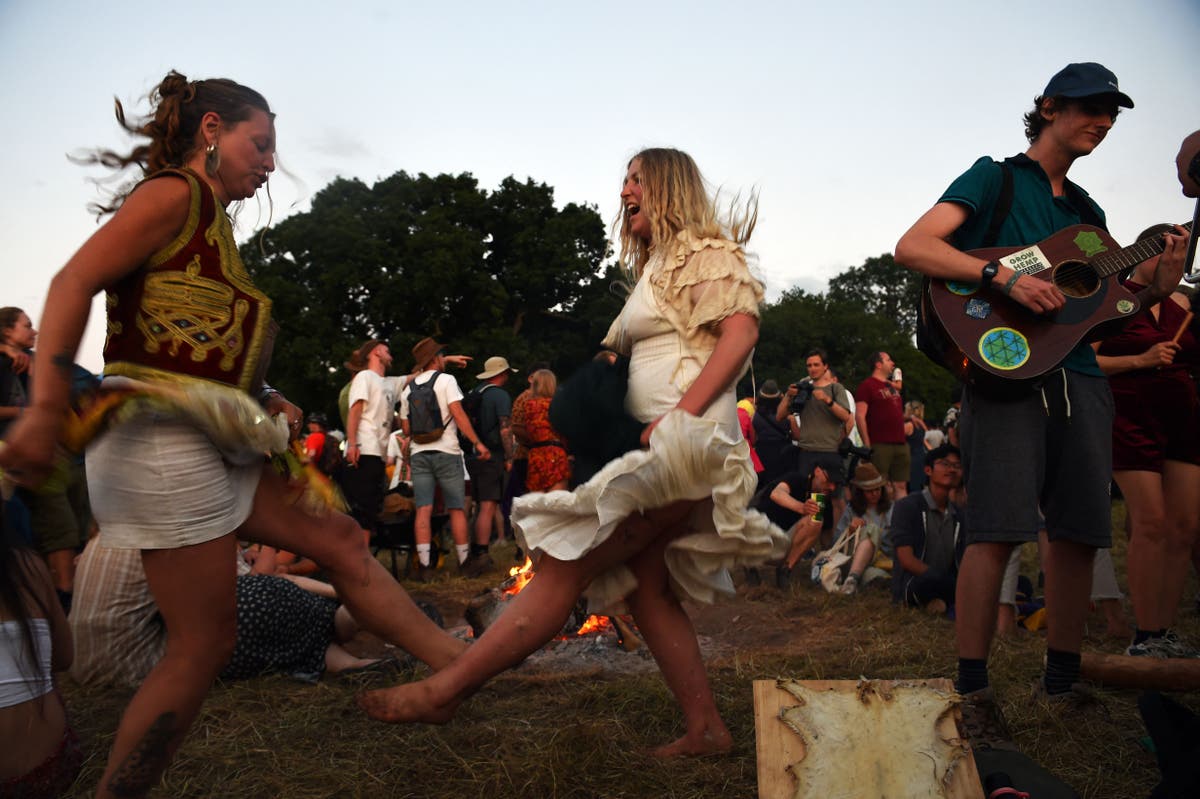 Glastonbury: ‘The best place on earth’ returns after hiatus

Glastonbury Festival 2022 is underway, with music fans from around the world flocking to Worthy Farm in Somerset, England.

After Glastonbury founder Michael Eavis opened the gates on Wednesday 22 June, revellers have been setting up their tents ahead of the live music sets beginning on Friday.

Other acts billed on the lineup include pop singer Olivia Rodrigo, Lorde, UK bands such as Glass Animals, Foals, Sports Team and Wet Leg, and many more.

Mercury Prize-winning rock band Wolf Alice are booked to perform on the Pyramid Stage on Friday at 4.45pm, but fans have been left in doubt after they tweeted about their struggles getting to the UK.

The group had finished performing in LA and were due to fly back today (Thursday 23 June). However, they tweeted in the early hours of the morning that their flight had been cancelled, amid ongoing travel chaos at UK airports.

The Independent has contacted the band’s representatives for comment.