‘Finch’ review: Tom Hanks is alone again with only a dog and robot for company in new Apple TV+ movie 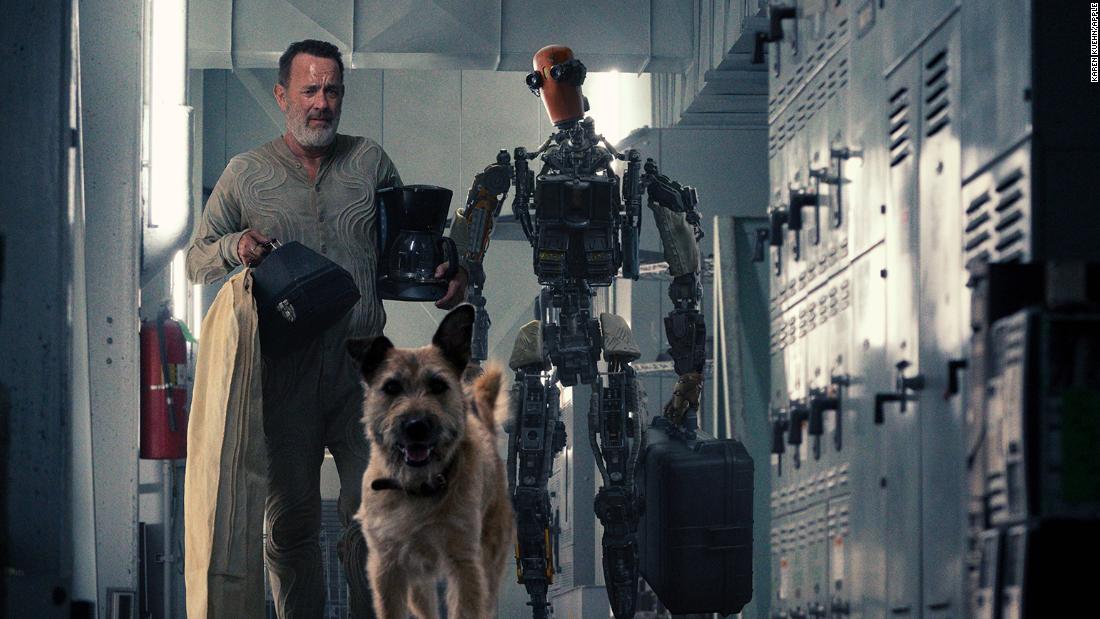 Indeed, although production wrapped before the pandemic, the premise — which casts Hanks as the title character, a robotics engineer by training, who survives an apocalypse (eventually explained) with only his dog and a newly operative robot — would have been ideal for shooting under Covid protocols with such a limited cast.

The robot (performed Caleb Landry Jones) takes the name Jeff, and like a number of recent projects, “Finch” winds up being an exploration not only of the man’s fight for survival but the machine’s dawning humanity, with Finch programming it to make caring for the dog, should anything happen to him, its prime directive.

Most of the movie focuses on Finch and his companions struggling against the elements, forced to flee by unpredictable weather and massive storms while searching for places that “haven’t been ransacked or looted.”

Along the way, Finch teaches Jeff how to drive (the robot insists he’s “an excellent driver,” inviting a “Rain Man” reference), tells stories that offer a modest window into his past and searches for canned food for man and beast.

Director Miguel Sapochnik (“Game of Thrones”) does what he can to wring the maximum amount of emotion out of this unlikely trio, finding moments of tenderness and humor in their interactions. The on-the-road format also owes something to another recent Hanks movie, “News of the World,” traveling there by wagon instead of RV.

Yet even with Hank’s innate likability that feels like a limited template, making this one of those road movies that proceeds at a decent pace but doesn’t really seem to be going anywhere. Moreover, the underlying scenario is so bleak as to somewhat offset the lighter elements, despite the very good boy and robot that accompany him.

Studios have been fairly shrewd about which movies to hold until theatrical release became possible and which to sell to streaming services hungry for programming, especially with someone like Hanks to help promote it.

“Finch” is practically a poster child for that latter category, the kind of film that delivers a bigger pop as an entry on Apple TV+’s playlist than it does on your screen.

In Life & Beth, Amy Schumer finally plays a human being