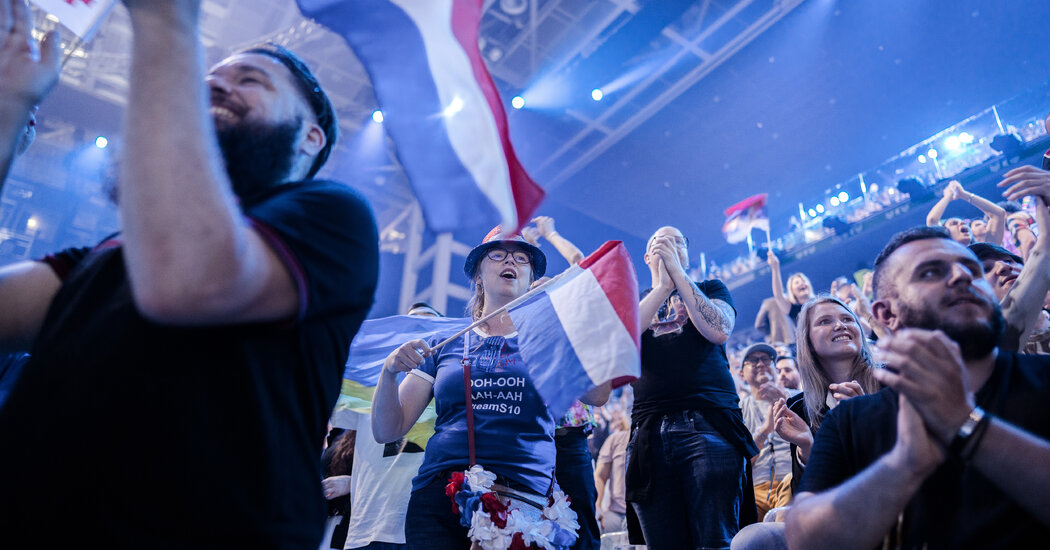 The Eurovision grand final — which starts at 3 p.m. E.D.T. — is the climax of the world’s greatest, glitziest and campiest song contest, in which singers from around Europe go note-to-note as they compete for votes.

Since it was first held in 1956, it’s become the world’s most watched cultural event. Last year, over 180 million people were glued to their screens when Italy’s Maneskin won with the raucous rock song “Zitti e Buoni” (“Shut Up and Behave”). Soon, the frequently topless band were topping streaming charts and performing at Coachella.

The contest has become such a vital part of cultural life worldwide that nations far from Europe, including Australia and Israel, compete; Will Ferrell made a suitably
over-the-top movie about a fictional Icelandic competitor; and this year, NBC aped it by launching its own American Song Contest.

But Eurovision is, always, about far more than the music. It’s a contest that is frequently entwined with politics.

So what should you be looking out for this year? Top of the list is Ukraine’s entry, the folk rap band Kalush Orchestra, which was among the favorites to win even before Russia’s invasion. (Russia has been banned from competing.) But there are plenty of other contenders. Italy’s entry has confronted taboos around same-sex love in the country. France’s pagan dance entry is sung in Breton, a language only spoken by about 200,000 people. And Norway’s act is performed by two fluorescent yellow wolves.

Here’s our guide for what to look out for, but keep checking here for updates. We’ll be bringing you the whole Eurovision story including live reports from the arena in Turin, Italy.

The show begins at 3 p.m. E.D.T. Why would you be anywhere else?