‘Elvis’ Review: Shocking the King Back to Life 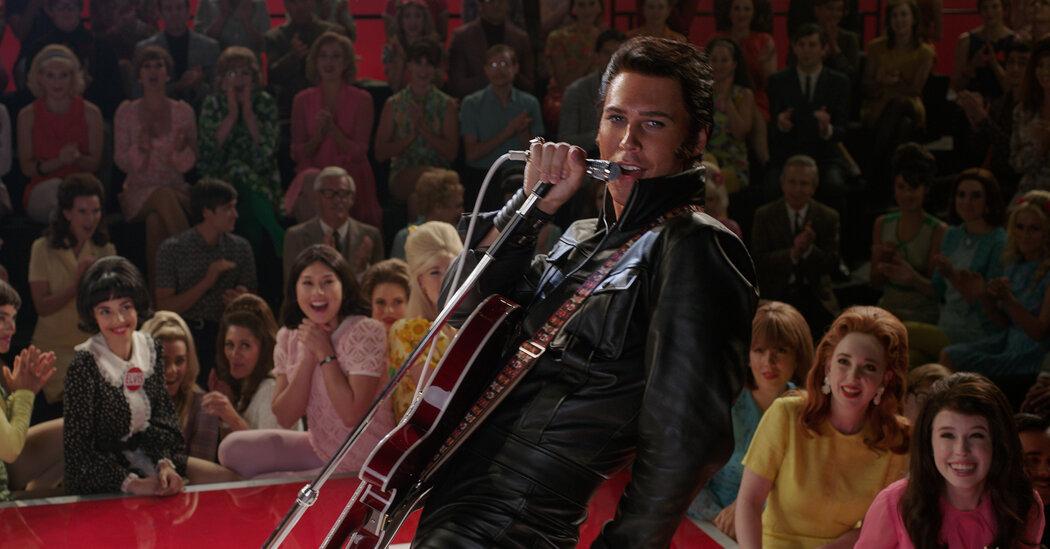 As a Presley biography, “Elvis” is not especially illuminating. The basic stuff is all there, as it would be on Wikipedia. Elvis is haunted by the death of his twin brother, Jesse, and devoted to his mother, Gladys (Helen Thomson). Relations with his father, Vernon (Richard Roxburgh), are more complicated. The boy grows up poor in Tupelo, Miss., and Memphis, finds his way into the Sun Records recording studio at the age of 19, and proceeds to set the world on fire. Then there’s the Army, marriage to Priscilla (Olivia DeJonge), Hollywood, a comeback broadcast in 1968, a long residency in Las Vegas, divorce from Priscilla and the sad, bloated spectacle of his last years.

Butler is fine in the few moments of offstage drama that the script allows, but most of the emotional action is telegraphed in Luhrmann’s usual emphatic, breathless style. The actor seems most fully Elvis — as Elvis, the film suggests, was most truly himself — in front of an audience. Those hips don’t lie, and Butler captures the smoldering physicality of Elvis the performer, as well as the playfulness and vulnerability that drove the crowds wild. The voice can’t be imitated, and the movie wisely doesn’t try, remixing actual Elvis recordings rather than trying to replicate them.

At his first big performance, in a dance hall in Texarkana, Ark., where he shares a bill with Hank Snow (David Wenham), Snow’s son, Jimmie (Kodi Smit-McPhee), and other country acts, Elvis steps out in a bright pink suit, heavy eye makeup and glistening pompadour. A guy in the audience shouts a homophobic slur, but after a few bars that guy’s date and every other woman in the room is screaming her lungs out, “having feelings she’s not sure she should enjoy,” as the Colonel puts it. Gladys is terrified, and the scene carries a heavy charge of sexualized danger. Elvis is a modern Orpheus, and these maenads are about to tear him to pieces. In another scene, back in Memphis, Elvis watches Little Richard (Alton Mason) tearing up “Tutti Frutti” (a song he would later cover) and sees a kindred spirit.

Is There Anything Funny About the War in Ukraine?