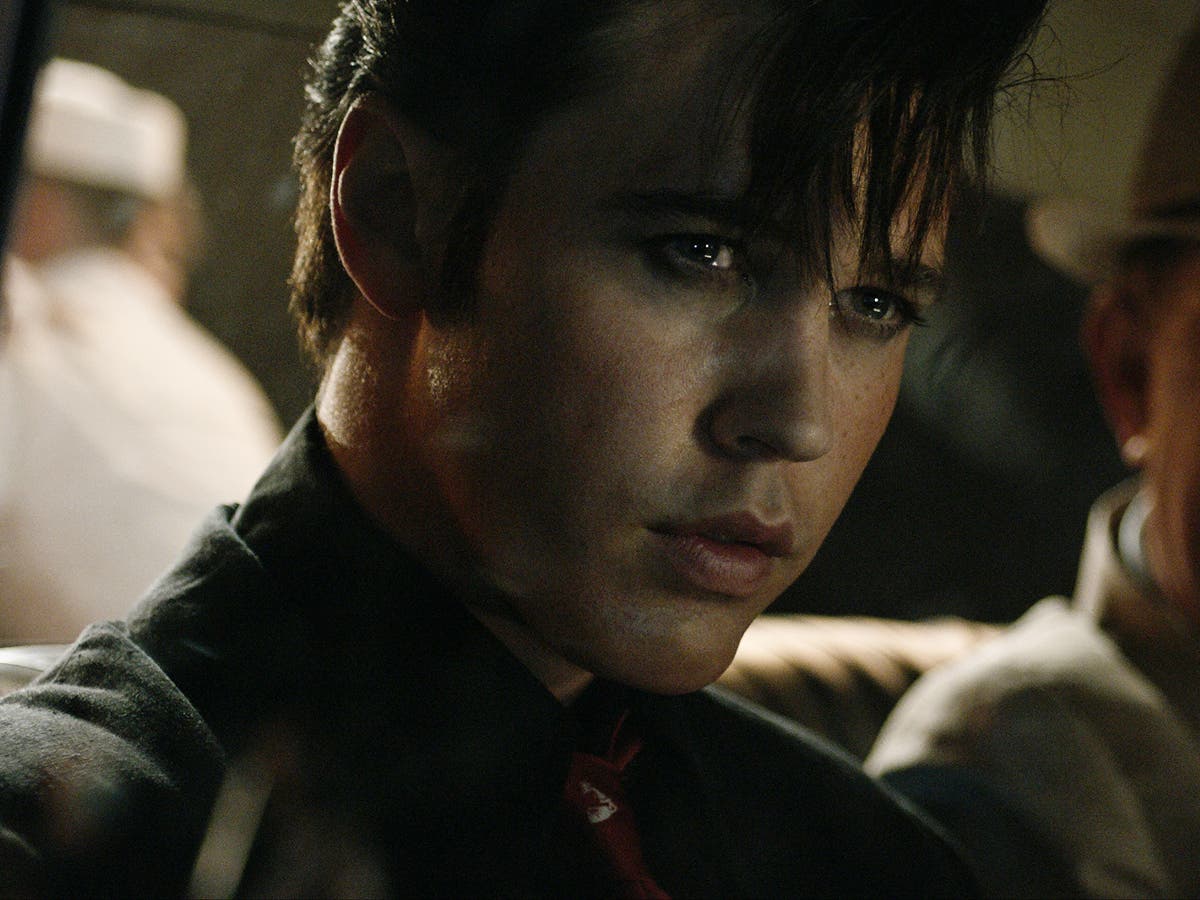 If we were to pull back the curtain on Elvis Presley, what would we even want to see? A soul stripped of its performance? Something cold and real behind the kitsch? I’m not convinced. America’s pop icons aren’t merely shiny distractions. They’re a culture talking back to itself, constantly interrogating its own ideals and its desires. I don’t think who Elvis was is necessarily more important than what Elvis represents. And, while you won’t find all that much truth in Baz Luhrmann’s cradle-to-grave dramatisation of his life, the Australian filmmaker has delivered something far more compelling: an American fairytale.

“I am the man who gave the world Elvis Presley,” utters Tom Hanks’s Colonel Tom Parker, his manager, as the curtain rises (literally) on Luhrmann’s expansive, rhinestone-encrusted epic. “And yet there are some who would make me out to be the villain of this story,” he adds.

Parker, who saw early promise in Elvis’s politically radical blend of country and R’n’B, slyly positioned himself as the sole overseer of the star’s creative enterprise – the man who won him a recording contract with RCA Records, who secured his merchandising deals and TV appearances, and who navigated him through a fairly brief but bountiful acting career. But Parker took far more in return. In 1980, a judge ruled that he had defrauded the Presley estate by millions. Some even blame him for pushing an overworked Elvis to the brink and ultimately contributing to his death.

For Luhrmann, the fairytale parallels couldn’t be more obvious. Parker is the evil stepmother, Elvis (here played by former child star Austin Butler) is the princess locked in her tower – if that tower is, in fact, the vast and gilded stage of his Las Vegas residency. When Parker, a former carnival worker, first seduces Elvis to become his client, it’s in a literal hall of mirrors. That may sound a little absurd, but Luhrmann’s roots in the Australian opera scene have granted him a winning (though, to some, divisive) ability to deliver baroque stylings with a sincere, romantic sensibility.

I’ve always believed strongly in the purpose and necessity of Luhrmann’s outlandish visions – that it’s not enough simply to capture the grotesque consumption of The Great Gatsby’s Jazz Age, but to prove that we, the audience, would be as weak to its charms as Fitzgerald’s protagonist, Nick Carraway. The same is true here, in the ways his subject is both seduced and betrayed by his own fame. And, anyway, Luhrmann’s always shot his films a little like Elvis performs – sweaty and kinetic, as the camera sweeps through the corridors of Graceland and through decades of his life with the fury of a thousand karate kicks.

​​Elvis will, and should, invite serious discussions about the musician’s outstanding legacy, and the film’s weakest spots speak mostly to how unsettled the debate around him still is. There’s certainly a lot to be said for how nervously the film tiptoes around his relationship with Priscilla (Olivia DeJonge), who was 14 when they first met. Can a film speak on behalf of a woman who’s still alive and able to share her own story? And where do we settle on the great debate of Elvis’s wider role in music history? Was his success really another chapter in white America’s long history of cultural appropriation, or did that early, rebellious appeal in fact prove to be a surprisingly powerful tool in the fight against segregation?

Luhrmann’s film arguably offers the most plausible, romantic ideal of Elvis, even if it turns him into something of a naïf trapped under Parker’s spell. He is always, in Parker’s narration, referred to as “the boy” and never “the man”. He is the sweet-souled, blue-eyed momma’s boy who just wants to buy his family a Cadillac and play the music of his childhood, which was spent in the Black-majority communities of Mississippi. Even at the height of Elvis’s fame, the film is careful to constantly bring us back to the Black artists who inspired him, either through the musician’s own words (and he was always deferential to his origins, to the very end) or through Matt Villa and Jonathan Redmond’s frenetic editing work. When singer-songwriter Big Mama Thornton (Shonka Dukureh) launches into her rendition of “Hound Dog”, a voice on the radio commands us to listen – this is the voice of Black America speaking.

By framing Elvis’s story through Parker’s, Luhrmann’s film is cannily able to take a step back from the intimate details of the musician’s life. Instead it views him as a nuclear warhead of sensuality and cool, someone stood at the very crossroads of a fierce culture war. Parker thinks he can turn him into a clean-cut, all-American boy for the white middle classes, compelling him to accept the draft, cut his locks, and go to war. Elvis resists, and his gyrating pelvis (captured in many, glorious, zooms to the crotch) helps fuel the burgeoning sexual independence of young women across the country. “She’s having feelings she wasn’t sure she should enjoy,” Parker notes, as the camera surveys one wide-eyed, lip-biting fan. Costume designer Catherine Martin – Luhrmann’s spouse, credited also as co-production designer and producer – dresses Elvis in an array of soft, dreamy pinks to sublime effect.

To say that Elvis isn’t really so much about the real Elvis might sound like it’s taking the pressure off of Butler’s performance. But that’d be an entirely unfair judgement of what’s being achieved here – an impersonation of one of the most impersonated people on the planet, that’s at times uncanny without ever coming across as parody. Sure, Butler has the looks, the voice, the stance and the wiggle nailed down, but what’s truly impressive is that indescribable, undistillable essence of Elvis-ness – magnetic and gentle and fierce, all at the same time.

It’s almost odd to watch a performance so all-consuming that Hanks – the Tom Hanks – feels like an accessory. He’s all but buried underneath layers of prosthetics and a pantomime Dutch accent, seemingly cast only so that the warm smirk of America’s dad can trip a few people into questioning whether he’s really the villain of all this. Butler makes a compelling argument for the power of Elvis, at a time when the musician’s arguably lost a little of his cultural cachet. So does Luhrmann. So does the soundtrack, which is packed with contemporary artists (Doja Cat’s “Vegas” has sound of the summer written all over it). And while not everyone will be convinced by their efforts – I know that I’m ready for Elvis to be cool again.

‘Elvis’ is released in cinemas on 24 June