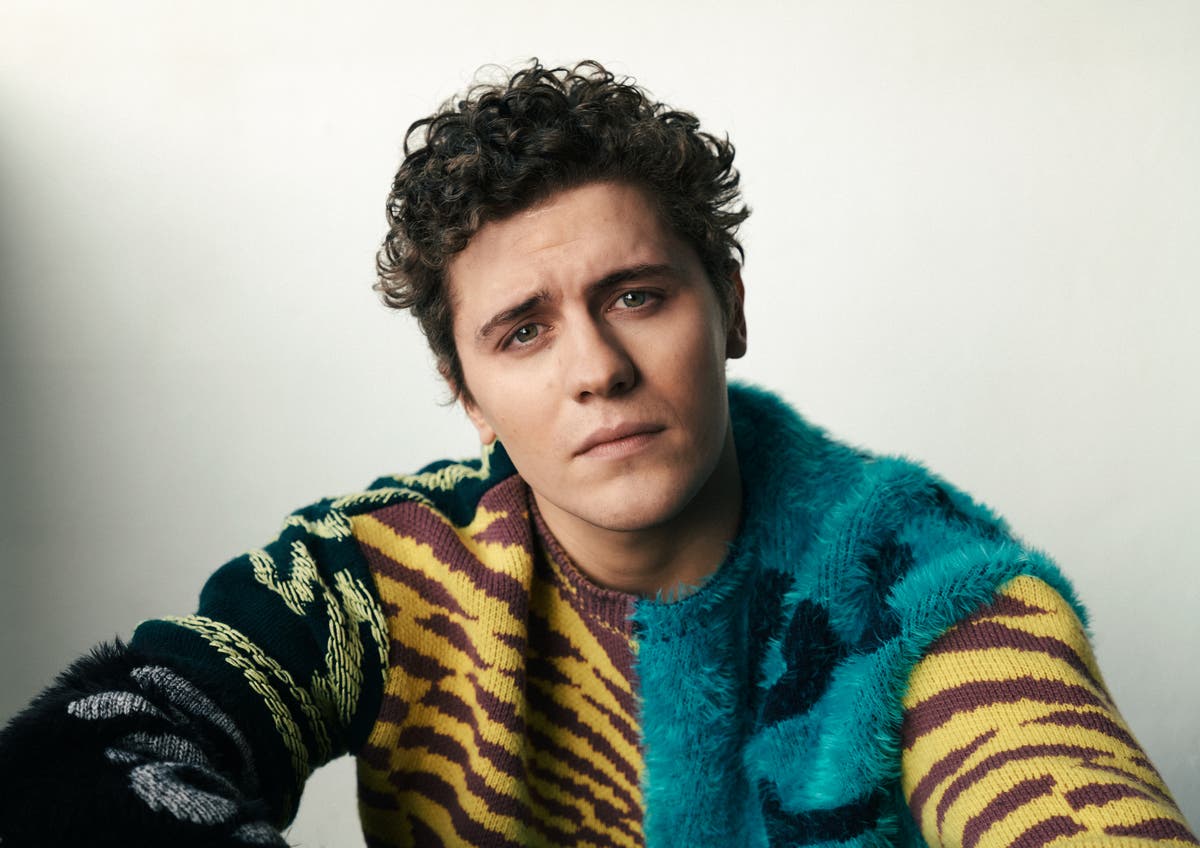 Dylan Llewellyn’s trips to Tesco are a bit different these days. He was recently in Belfast, perusing the shelves and minding his own business, Covid mask and all. But still, a fan clocked him: here was that “wee English fella” off the telly. “I was trying to be undercover,” the Derry Girls star tells me. “But the fan was like, ‘I recognised your accent and your curls.’”

In fact, Llewellyn hears this nickname no matter where he goes. It’s a sign of the Channel 4 show’s phenomenal impact that he’s now known to millions of fans around the world as the series’ “wee English fella” – although at 5ft 9in he’s bang-on average height for a Brit. Llewellyn was washing dishes when his agent called to tell him he’d got the part. “I’d had a year of nothingness, really. I wasn’t getting many auditions and I couldn’t really land anything,” he says. “It was a tough time… then I found out I’d been cast in Derry Girls and I was like, ‘Nooo wayyy!’ It pulled me right back into the acting world. It was awesome.”

In the Bafta-nominated, Troubles-set comedy drama – which just ended in electric, emotional fashion after three seasons – Llewellyn played James, the bewildered British boy who sticks out like a sore thumb among a group of rowdy Northern Irish schoolgirls. And they don’t let him forget his Englishness for a second. In the season three opener, Saoirse-Monica Jackson’s Erin tells James his breathing is “a bit oppressive, actually”. In an earlier series, while doing history revision, James confesses to the girls that he “can’t tell my rebellions from my uprisings”, prompting cousin Michelle (Jamie-Lee O’Donnell) to shoot back: “If you lot had stopped invading us for five f***ing minutes, there wouldn’t be so much to learn.” Llewellyn says that, in real life, he’s just as sweet as James, but “more cheeky”. “I wouldn’t take it as much as James would if I was in that scenario,” he says.

As the token Englishman in the show, Llewellyn had a lot of lingo to learn. “The girls are like my sisters now, and their slang is second to none,” the 29-year-old tells me over video call from the flat he shares with his brother in Surrey. “I love ‘wee’ and ‘catch yourself on’, which is like a way of saying ‘buck up your ideas’. I love ‘dote’, which is like ‘cute’. ‘Oh, you wee dote,’” he says, grinning to himself. “And ‘wain’! Wain is kid. When I first heard that I was like, ‘Wayne’s World! Wayne’s World!’ And they were like, ‘No, Dylan.’”

Much has been written about Llewellyn’s cupid-like curls – which he twiddles and pulls a lot while chatting – and his dimples. “I guess I can thank my parents for those genes and youthful looks,” he says, laughing awkwardly when I bring this up. “It’s quite common for actors to have that, to play younger than themselves. I guess it’s pretty cool.” Is he keen to shake things up and play a twisted psychopath next? “I want to go to the dark side,” he says, smiling. “Go completely different to my casting. I really would. I’ve got it in me to do it.”

The dark side will have to wait, though, because he’s currently back on TV screens as another total sweetheart in the new Channel 4 comedy, Big Boys. Llewellyn stars as Jack (based on the show’s writer, Jack Rooke), a fresher starting at Brent University who’s coming to terms with the fact he is gay, while grieving the death of his father. “Statistics show that one in every one people will eventually die,” Rooke says in the voiceover. “But it’s s*** when they’re 56 and your dad and the only one who knew the Sky Movies pin.” Jack is a lovely, blushing, mild-mannered, fleece-wearing ITV addict – a stark contrast to his laddy new roommate Danny (played hilariously and with relish by Jon Pointing), whose presence is a satisfying reversal of the gay best friend trope. To Jack’s horror, Danny says things like: “Mate, it’s freshers night, there are fit birds to meet. Come on, you can’t expect me to go out there, bareback, on my tod. I need a wingman!” The unlikely duo soon become inseparable.

Jack’s other best pal is his mum, Peggy (Camille Coduri). “Ever since we found out dad was ill,” he explains at one point, “me and Peggy had stuck together like Phillip Schofield and Holly Willoughby, but deep down we were sad like Eamonn and Ruth.” I counted no fewer than nine references to ITV shows and presenters in the first episode of Big Boys, from The X Factor to Jeremy Kyle and Loose Women. Jack, who is studying journalism, has a goldfish named after his favourite broadcaster: Alison Hammond. The show is likely to be adored by followers Love of Huns (the hugely popular Brit culture throwback Instagram account) but its nicheness could also, paradoxically, make it a global hit, like other exports Derry Girls and This Country. “The jokes are so homely,” says Llewellyn. “You can relate. There are proper in-jokes and it’s a mix of wholesome, naughty and rude. The perfect balance.”

Underneath all the jokes, the show, which is based on Rooke’s memoir Cheer the F**k Up, weaves a thread of sorrow. At its centre is a boy who’s struggling without his dad, and both Jack and Danny suffer from depression and anxiety. “I had a family member pass as well,” says Llewellyn. “It’s very close to my heart to be a part of a project like this. I know what Jack has gone through… He finds humour in those tough subjects like grief. We struggle, people struggle. I do think it’s important we address these things and try to open up as much as we can and try to help each other.”

Llewellyn took up acting as a teenager, while attending More House in Farnham, a specialist school for children with autism, dyslexia and developmental disorders. He had been struggling at his previous school because of his dyslexia, but he says that More House, which he moved to aged 11, “helped me so much”. “I feel like I’m a better person for it and I’m able to keep up with the scripts and all that,” he says. He’d wanted to be a photographer when he grew up, and just chose drama as a “fun subject” so he could focus on his photography GCSE, but then found that he loved to act.

When Llewellyn’s GCSE drama group won a competition to perform at London’s National Theatre, he was scouted and got an agent at just 16. He went on to study at the Royal Academy of Dramatic Art, and had roles in Hollyoaks, Holby City and Call the Midwife, before his big break came with Derry Girls. None of his family are performers, but his brother did try to get onto The X Factor once. “It’s a shame he didn’t go all the way, you know, it happens,” he says.

Next, Llewellyn is starring in Danny Boyle’s show Pistol as Wally Nightingale, the former lead guitarist in The Sex Pistols – or The Swankers as they were called then – who was booted out of the band by manager Malcolm McLaren for wearing glasses and therefore not being “punk” enough. “He was a talented musician and it’s so sad that happened,” says Llewellyn, looking genuinely crestfallen. There might be a few more delays before he arrives at the dark side; he’s a sweetheart to his core.