‘Dexter’ and the Shows That Wouldn’t Die 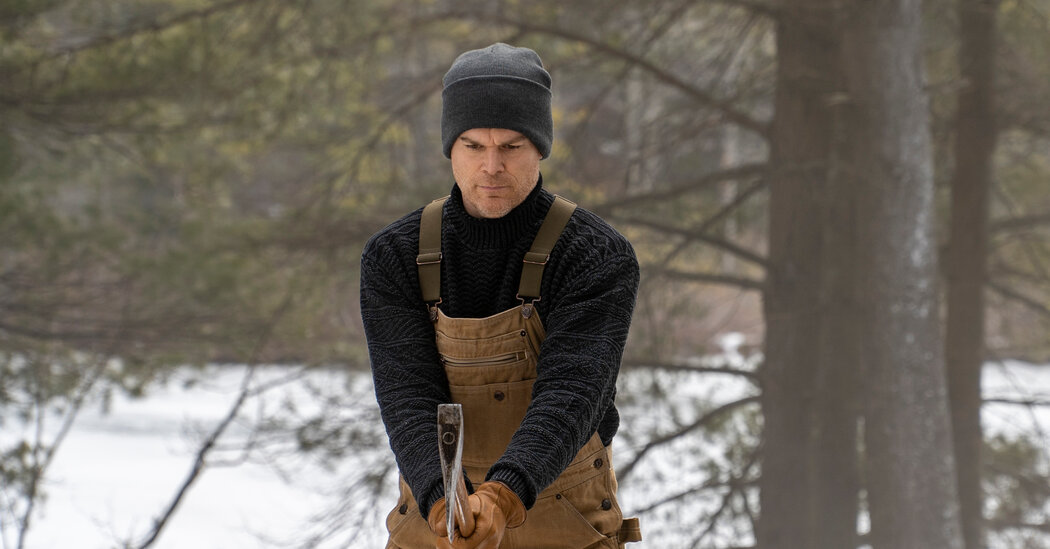 The first thing to die in “Dexter: New Blood” is irony. The murder weapon is the subtitle.

Oh, there’s blood, all right. That’s what Showtime’s righteous-serial-killer franchise promised from 2006 to 2013, and we get it in the very first episode of this revival, in snow-staining buckets. What we don’t get, in the four competent but redundant episodes screened for critics, is the “new”: any hint of a fresh creative impulse in a series that had worn itself out years before it left the air.

Then again, in “New Blood,” as in so many of TV’s ubiquitous revivals, novelty is not really the point. The point is to give people more of what they already expect, by pulling out the electroshock paddles and reanimating any property with a following.

You might have thought that interest in a “Dexter” comeback would have been squelched by the (supposed) series finale, a contender for the TV disappointment hall of fame. Dexter Morgan (Michael C. Hall), whose foster father taught him to channel his bloodlust into killing only the deserving, seemed to end his story by piloting a boat into a hurricane off the coast of Miami, to join his murdered sister, Debra (Jennifer Carpenter), in death. That is, until the final scene upended the closure and consequence, revealing our slayer alive and working in a lumber yard.

“New Blood,” which begins Sunday on Showtime, finds Dexter living a new life — but not that one. He’s living in upstate New York (played by picturesque Shelburne Falls, Mass.) as “Jim Lindsay” (a seeming nod to the novelist Jeff Lindsay, whose “Darkly Dreaming Dexter” the series was based on). Hall’s distinctively icy delivery now has a climate to match.

Do we need to call it a spoiler that Jim/Dexter finds it not so easy to control the “dark passenger” that drives him to kill? That his romance with a law officer becomes uncomfortably complicated, as his relationship with the police officer Debra once was? That he still retains the knowledge of how to set up a home slaughter shack? Then consider all eight seasons of “Dexter” a spoiler, because “New Blood” gives you little that you aren’t used to, beyond the temperature.

It even brings back Debra, now a taunting imaginary presence in Dexter’s mind. It’s a fun, flashy role for Carpenter, but it does little dramatically except to rehash Dexter’s past torments and manically externalize his inner state, which is already amply told-not-shown through the series’s voice-over.

The newish wrinkle is the sudden appearance of his son, Harrison (Jack Alcott), last seen as a tot heading off into exile in Argentina. He is now a teenager with Dexter’s thousand-mile stare and a lot of questions.

His inopportune visit, and Dexter’s worry that Harrison has inherited the dark passenger, has the potential to emotionally complicate the story. But it mostly serves as one more source of pressure in the season’s busy cat-and-mouse game. There’s also a string of missing young women in the area; a potential school shooting; and the appearance of that staple of brooding cable dramas, a Symbolic Mystical Deer.

A Fall Guide to TV and Movies

Not sure what to watch next? We can help.

Sanguinary and superfluous, “New Blood” ends up being an example of the worst traits of two different TV eras at once.

The original “Dexter” began well into cable’s antihero period, a flourishing of difficult protagonists that, at best, gave us “The Sopranos” and “Breaking Bad,” series that forced their audiences to confront the moral implications of being invested in the villain. At worst, it simply offered audiences excuses to revel in the vicarious thrill of bad behavior.

For its first couple seasons, “Dexter” was a mischievously provocative narrative. It offered a funhouse-mirror reflection of gory police shows like “CSI” — Dexter was both spatter-analyzer and spatter-maker. And it invited us to wonder about the nature of morality: Was Dexter actually a moral person, or just a monster who’d learned a neat trick?

But as it went on, the show gave its protagonist and its audience more and more loopholes. Interrogating the show’s premise — basically, a permission structure for the audience to have fun with a vigilante murderer — would ruin the fun. Instead, the show let you enjoy Dexter’s macabre handiwork and even cheer him on to evade capture, because his victims were evil, because without him someone would commit even worse crimes, because he was in the end a kind of victim.

The new series likewise seems to be mostly comfortable as a darkly comic romp, opening with a stalking sequence set to Iggy Pop’s “The Passenger” — get it? — and quickly setting up new cartoon antagonists who are basically begging to get themselves serial-killed. The series’s promise of guilt-free bloodletting hasn’t aged well, even on ice.

In the current era of TV, “New Blood” is the latest revival indulging the idea that fans always deserve to get more of the things they liked, because they can — creative dead-ends and supposedly final endings be damned. But this time at least, Dexter did not act alone.

This fall brought us the “Sopranos” prequel movie, “The Many Saints of Newark,” a well-made and pointless exercise in remember-when (as Tony once put it, “the lowest form of conversation”) that allowed stars like Vera Farmiga and Corey Stoll to trot out their impersonations of beloved characters while adding nothing to the original story beyond a hint of sadness.

Good, bad or adequate, though, the collective effect of all these continuations and extensions is to rob finales of finality. It denies artists and audiences the power of believing that “The End” is the end. Maybe the “New Blood” season could serve as a do-over, a for-real-this-time finale for “Dexter” after its unsatisfying first try. But would anyone bet on that?

But often they just need to stay buried. As “Jim Lindsay” says in “New Blood,” explaining why he changed his name: “Dexter had to die.” Amen, brother, and yet here we are. You had one job.

‘We were not willing to be silenced’: Cosey Fanni Tutti on the unsung heroine of electronic music

Simon Brodkin: ‘I wasn’t ready to be completely open’