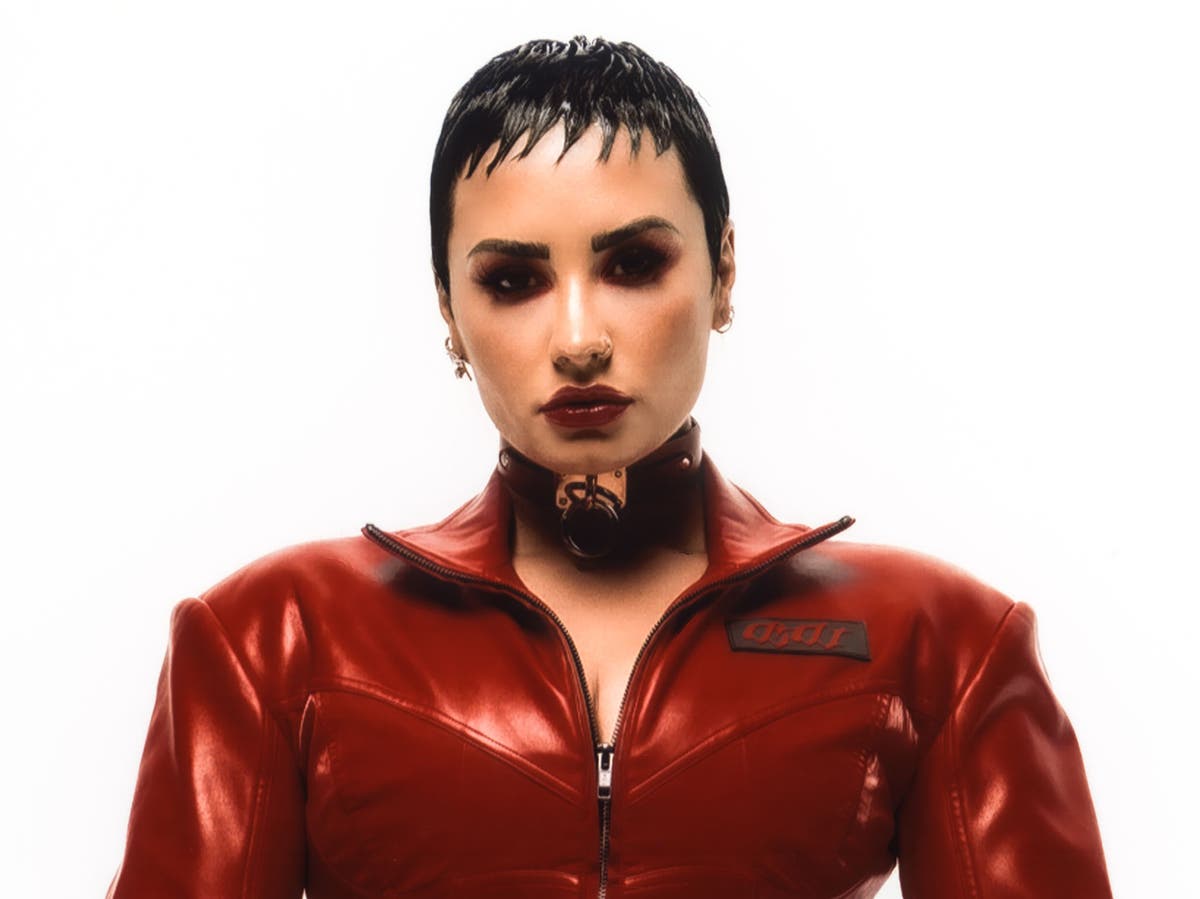 The art of the pop confessional album has been honed to perfection: Adele, Beyoncé, Olivia Rodrigo, Selena Gomez and countless others have reaped the artistic and commercial rewards of airing your dirty laundry from the top of the charts. On her road from tween Disney star to anguished R&B/country pop survivor, Demi Lovato has had a lot to process on record; last year’s Dancing with the Devil…The Art of Starting Over confronted her near fatal 2018 drug overdose and recovery, her battles with bulimia and the gender exploration that has seen her change her pronouns to them/they and back again in recent years. Now, as if her demons are still gnawing their way out more ferociously than ever, she’s turned to hard rock to exorcise them better. The fact that it’s a genre more suited to festival headline sets is merely fortune smiling.

She certainly goes all-in, and for the throat. Opener “Freak” features punk-pop maniac du jour Yungblud and, over carnivalesque goth-rock guitars and bursts of industrial glam and hardcore, finds Lovato bewailing her status as a “piece of meat” carved up for entertainment: “came for the trauma, stayed for the drama”. “Skin of My Teeth” tackles her recent return to rehab (“I just wanna be free but I can’t ’cause it’s a f***ing disease… the reaper knocks on my door ’cause I’m addicted to more”) in the style of Hole’s pop-rock Celebrity Skin era, while “Eat Me”, akin to Muse’s more grinding synth-rock, swivels the target from herself to the industry that shackled her to their lucrative expectations. “Be more predictable, be less political, not too original, keep the tradition but stay individual,” she groans, listing A&R notes before kicking back on a power punk chorus: “I know the girl that you adored, she’s dead, it’s time to f***ing mourn… you’ll have to eat me as I am.”

Amid the buzz-rock howls and air-guitaring, though, there is plenty of space (on a frankly overlong record) for more subtle emotion. “29” laments the aging process, Weezerishly. “Feed” details how, of the “two wolves inside of me”, she’s learned to nourish optimism over pessimism. “Dead Friends” gives the party partners that Lovato has lost along the way the anthemic rock tribute they deserve. And “Happy Ending” is a rousing slab of grunge pop soul-searching, Lovato confessing that “I miss my vices”, “demons are calling and tearing me to shreds” and that pop stardom only exacerbates the pain: “I was your poster child, it was working for a while but it didn’t fill the void.” “Am I gonna die trying to find my happy ending?” she muses but, as Holy Fvck slides towards a more traditionally country rock close, it appears not.

“I think this is forever for me,” goes the closing big folk ballad “4 Ever 4 Me”, and whether she’s talking about a new romance or this accomplished, two-footed dive into rock, it’s well worth a toast.