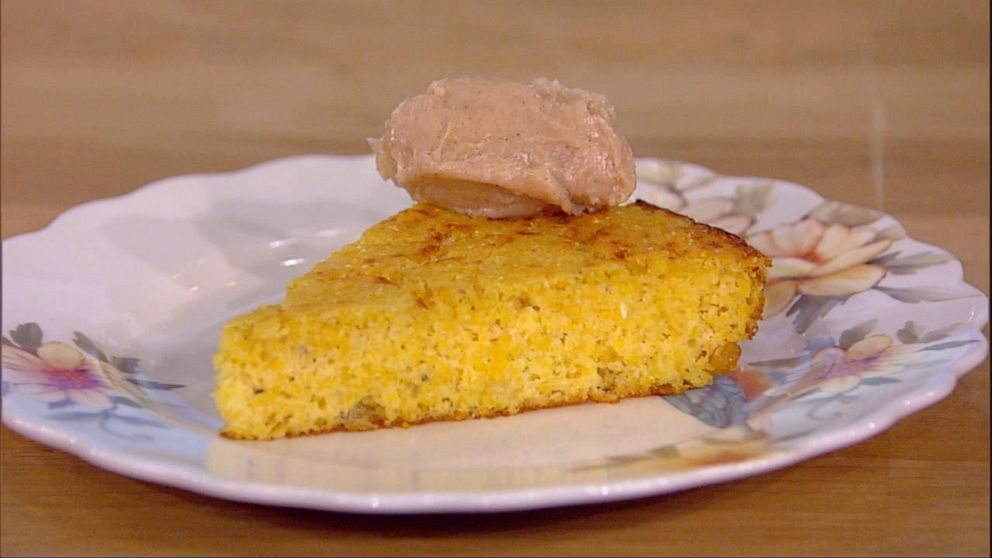 Celebrity chef Carla Hall kicked off the holiday season on “The View” by dishing on her new children book, “Carla and the Christmas Cornbread,” over some of her signature recipes.

Hall has written several cookbooks, including the bestselling “Carla Hall’s Soul Food.” Now, she’s out with her first children’s book, which is loosely based on her childhood growing up in Nashville, Tennessee. On Wednesday, she told the co-hosts about the inspiration behind writing the book over dishes that are perfect for the holiday season.

Along with Hall’s signature Christmas cornbread, she cooked up a delicious green bean salad with red onions that will be a great pairing for any feast.

• 1 habanero chile, split in half

Directions for green beans
1. Bring a large saucepan of water to a boil and generously salt. Fill a large bowl with ice and cold water. Add the wax beans to the boiling water and boil until crisp-tender, about 5 minutes.

2. Using tongs, transfer to the ice water. When cool, drain well and transfer to a large bowl. Bring the water back to a boil and refill the bowl with ice water. Repeat with the green beans.

3. Toss the beans with the oil and 2 teaspoons liquid from the pickles. Season with salt and pepper. Top with the red onion pickles and serve.

Make ahead: The cooked beans can be refrigerated for up to three days. Dress them right before serving.

1. Pack the onion, chile and bay leaf in a half-pint jar. Add the vinegar, sugar and salt. Cover the jar tightly and shake well.

2. The vinegar won’t cover the onion mixture at first, but the onions will wilt over time and end up immersed in liquid.

Refrigerate for at least 4 hours or up to one week, shaking occasionally.

Directions
1. Place two 3.5-inch cast iron skillets in the oven, then preheat the oven to 425 degrees Fahrenheit with the skillets in there so they get very hot. Be very careful not to touch the hot skillets without oven mitts or pot holders and be sure to have an adult help with taking the skillets in and out of the oven.

2. In a medium bowl, combine the cornmeal, sugar, baking powder and salt. In a small bowl, whisk together the eggs, buttermilk, creamed corn and 1/4 cup oil.

3. Pour the wet ingredients into the dry ingredients and mix until smooth. Using oven mitts or a pot holder, take the hot skillets out of the oven. Divide the remaining 1 tablespoon oil between the two hot skillets, quickly tilting the pan so that the oil coats the bottom and sides, and then pour the batter evenly into the skillets. The batter will begin sizzling right away.

4. Put the skillets in the oven and bake until golden and a cake tester inserted in the center comes out clean, about 10 minutes. Remove the hot skillets from the oven and place on a cooling rack to cool slightly.

5. While the cornbread bakes, prepare the cinnamon butter. In a medium bowl, mix all of the ingredients with a rubber spatula. Stir until everything is mixed well and an even color (no streaks). Transfer the butter into an airtight container.

Serve the cornbread hot or warm with a dollop of cinnamon butter.

Ghislaine Maxwell: The Making of a Monster review – archive footage and strange party games tell a disturbing if unsurprising story