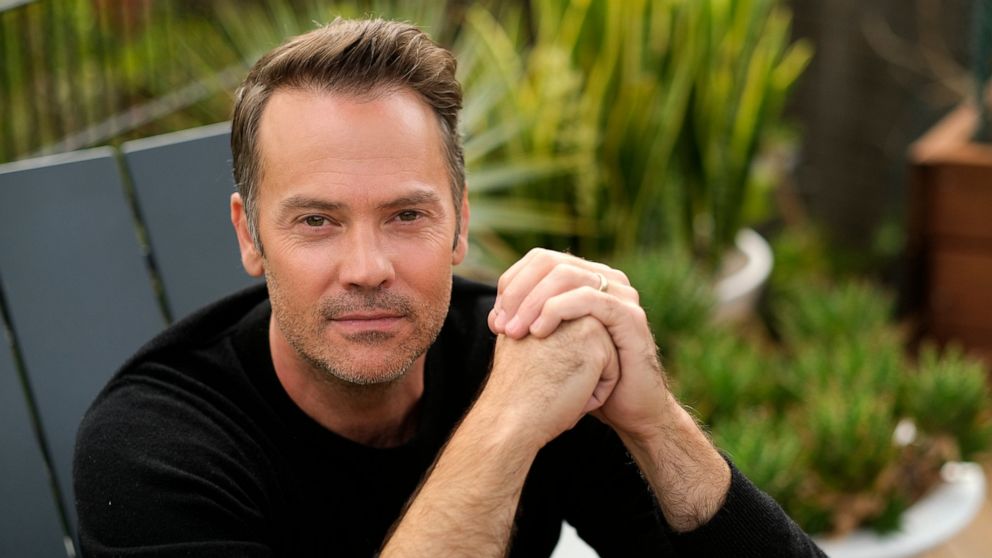 NEW YORK — Like many children of the late ‘70s and ’80s, Michael Landon’s TV shows “Little House on the Prairie” and “Highway to Heaven” were appointment viewing for Barry Watson.

That’s why when Watson was given the opportunity to co-star opposite Jill Scott in a film remake of “Highway to Heaven” for Lifetime, he was all for it.

“Michael Landon was such a huge, huge part of my childhood,” said Watson over a recent Zoom chat from his home in Los Angeles. “I was just really honored to be a part of it and nervous as well.”

In this “ Highway to Heaven,” debuting Saturday, Scott is an angel sent from heaven. She takes the form of a junior high counselor and finds a young boy grieving the loss of his mother. Watson plays the school principal, serving as Scott’s sidekick — similar to the role Victor French played in the series. He says it makes perfect sense why Scott was cast as the angel.

“She’s got this sort of like angelic presence about her. I can’t imagine anybody else playing that role besides Jill Scott,” said Watson.

To be cast as the parent of a teen is interesting for Watson, now 47, who first became known as Matt Camden, the eldest child in the Aaron Spelling wholesome drama “7th Heaven,” about a reverend and his large family. Jessica Biel and Beverley Mitchell played his younger sisters.

“It feels bizarre because I still goof off and I’m pretty much still a clown on set, yet everybody comes to me with questions about stuff and I’m like, ‘Oh, right, because I’m the old guy who’s been doing this for a while now.’”

Watson, who has starred in two projects with the word “heaven” in the title and jokes “what’s the next heaven thing I’m gonna do?” was raised Roman Catholic. He identifies as spiritual rather than religious.

“I think everybody’s got some sort of spirituality within them,” he says. “We’re all angels, we’re all here to help each other out, and I think there’s something very spiritual about humanity in that way.”

Doing good and giving back is important to Watson and his family. His wife is Natasha Gregson Wagner, daughter of producer Richard Gregson and film star Natalie Wood. Her step-dad is Robert Wagner.

Watson and Wagner share a daughter, Clover, 9, and Watson has two sons from a previous relationship, 13-year-old Felix and Oliver, who is 16.

During the height of the pandemic, Watson and Wagner got into the habit of sending gift cards and food to his hometown hospital, Munson Medical Center in Traverse City, Michigan. Clover would send letters to the doctors and nurses.

“At the very beginning they would write her back,” said Watson. When the replies stopped coming he says he had to explain, “they’re very busy people, but they appreciate everything you do.'”

Watson is especially grateful to healthcare workers because almost 20 years ago he had his own serious health battle. In 2002, he was diagnosed with Hodgkin’s lymphoma at 28. He underwent chemotherapy and has been in remission since 2003.

“It’s still such a big part of my life because I still think about it, but also time has passed where it’s almost like, ‘Did that really happen? Did I really go through all that?’ And now having this whole other life with my wife and my kids that they weren’t even a part of that time, it feels like a lifetime ago,” he said.

“My oncologist was just so amazing and made me feel so confident. I felt like, ‘OK, I’ve got this. I’ve got another soldier that’s going to help me fight this thing.’”

He remembers rationalizing what were symptoms at the time.

Extreme fatigue was attributed to his work schedule and itchy skin he assumed was because it was winter and dry out. The warning bells came from night sweats. “The whole bed would just be soaking wet, like somebody just dumped water all over me.”

Watson urges people to stay on top of their health.

“For the last year and a half with COVID-19, people were almost staying away from their doctor at times. It’s more important now than ever to get your checkups, get your bloodwork done. Looking back, my body was trying to tell me something way before I was diagnosed. Listen to your body.”