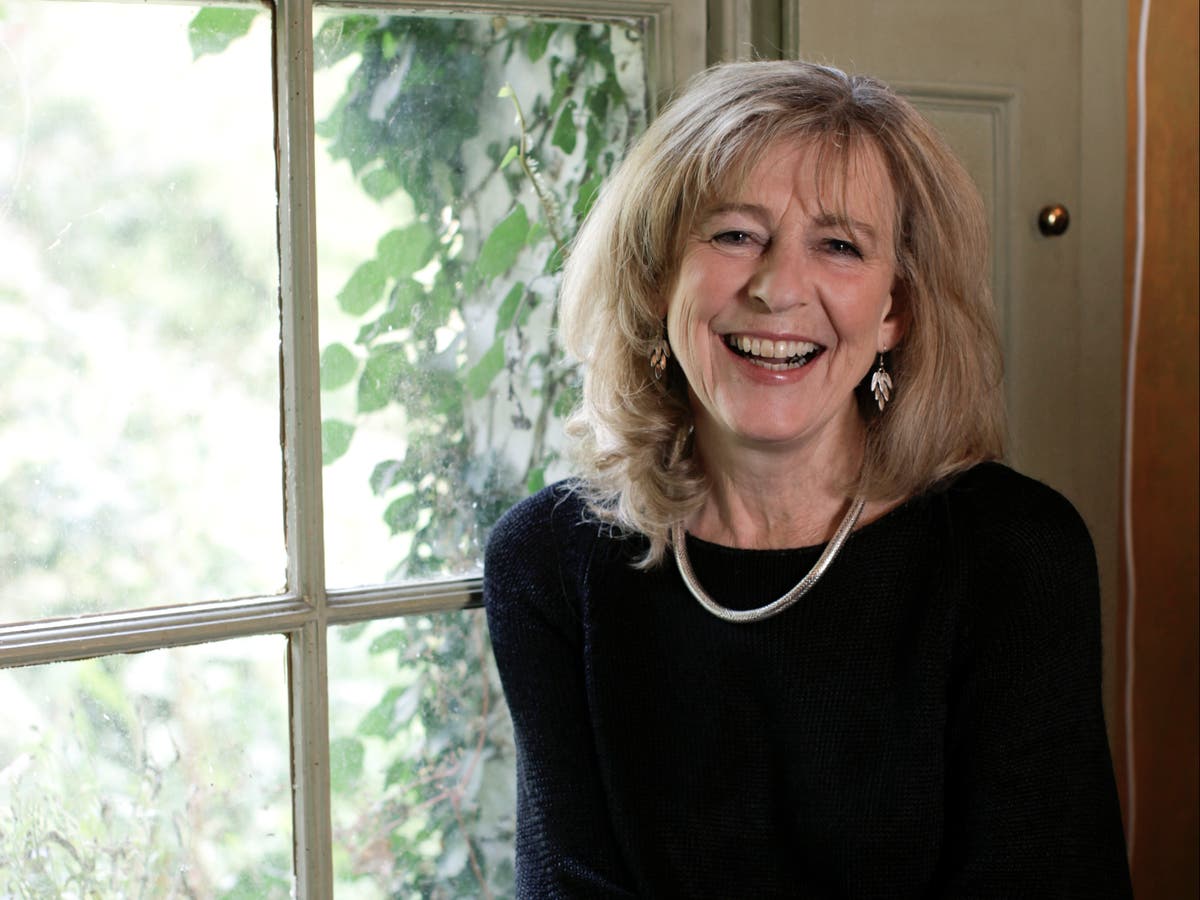 I think it would be difficult to write the book or make the film now, in today’s climate,” says Deborah Moggach, author of the book which became the hit 2011 film The Best Exotic Marigold Hotel. “But I wrote it from a position of love and a certain familiarity, having lived in India, and if I had to write it again, I would do it the same, whatever the world thought.”

Moggach’s story, about a bunch of elderly Brits moving to a dilapidated retirement hotel in Jaipur, India, for economic and health reasons, was adapted with an all-star cast that included Maggie Smith, Judi Dench, Bill Nighy, Celia Imrie, and Penelope Wilton. It proved there was a huge market among the ill-served older age group.

“The film heralded a sort of sea change in our attitude towards love and living in later life and took on the book’s message that it’s never too late to have another adventure,” says Moggach, who is peering out of her straw-blondish shoulder-length hair, looking decades younger than her 74 years, as she dons a giant pair of bright red glasses.

But, despite the film’s feel-good factor, the Indian characters – including the inept hotel owner, Sonny, played by Slumdog Millionaire’s Dev Patel – came across as racial stereotypes.

Yet the 2004 novel, originally titled These Foolish Things, “explores the contradictions and complex nature of all the characters – Indian and British – more than the film because that’s what novels do: it’s about the thoughts and dreams in people’s heads,” says Moggach.

”We’re in a rather strange phase at the moment,” she continues. “But it will readjust. And people will realise that the whole point of fiction is to enlarge our empathy with our fellow human beings, through the characters in the novel. We should have the freedom to write about things we haven’t experienced.”

But, she notes, right now: “There is a huge debate happening about cultural appropriation – and I don’t want to wade into it.”

Moggach is by no means a one-hit-wonder. Her 2005 screenplay for Joe Wright’s adaptation of Pride and Prejudice, starring Keira Knightley, was nominated for a Bafta, and her 1999 bestseller, Tulip Fever, about a love triangle in 17th-century Amsterdam, was made into a film starring Alicia Vikander, but more on its fate later.

She writes unflinchingly about family life, divorce, children, and the ups and downs of relationships – a recurring theme is finding love in later life.

It’s a subject close to her heart – she’s newly divorced from her second husband, since 2020, after eight years of marriage. “I haven’t hung up my spurs yet or anything,” she admits about dating. “I just haven’t met the right one yet.”

Her most recent novel, 2021’s The Black Dress about the 69-year-old Pru who ruthlessly picks up newly widowed men at funerals, had favourable reviews: The Spectator praised her “candour in discussing sex and ageing; it feels important that this still unpopular subject is foregrounded”.

It’s foregrounded, too, in her slightly dated, newly compiled short story collection, Fool for Love, with works taken from two previous collections, Smile (1993) and Changing Babies (1995), with some others previously unpublished in book form. The stories, with intriguing titles such as How to Divorce Your Son, Sex Objects and A Pedicure in Florence are easy to dip into: accessible and like Jackie Collins but less raunchy, with neat little twists.

In Summer Bedding, a 60-plus woman is “bedded” by a Belgian man who chats her up while she is gardening in London’s St James’s Park: “Bertrand and I existed in another dimension, disconnected, sealed in with its own adulterous air-conditioning. Is it always like this? I had never done it before, you see.” While in Sex Objects, about a man who isn’t in the mood for sex, she writes: “How could he explain to his wife that the thought of watching a pornographic video with her filled him with exhaustion? More than that – with a sort of cosmic despair? He got up. ‘I’m going to make a cup of tea.’ ‘Typical!’ she said…”

In Blind Date, she writes with a clichéd flourish: “I want to unwrap my own man for Christmas, all for myself. I want him to be divorced, if possible… I want somebody to stand up to the plumber when he overcharges me.”

The stories, some of which date back to the Eighties, were all written before “#MeToo, climate change and trans rights” were “even glimmerings on the horizon”, she points out in the book’s introduction.

Re-reading the stories, she says she felt “protective about my characters, who had no idea how the world would change, and no idea how they would cope with it, just as we ourselves had no idea at the time”. But she adds: “Human nature, however, never changes.” Nor does having romantic relationships for the over 70s. “We’re all the same people we’ve always been. We are just a bit more wrinkly, you know, we’ve got the same loves, jealousies, resentments, fears and joy.”

Her own life has been full of drama and tragedy. In 1994, her second partner of 10 years, the cartoonist Mel Calman died of a heart attack while they were watching Carlito’s Way at the Empire Leicester Square. “It was unbelievably appalling and shocking. And just tragic beyond belief. They stopped the film and evacuated the cinema – it was terrible.” Her love for Calman had been the cause of the break-up from her first husband Tony Moggach, with whom she has two children – Tom and Lottie, now 47 and 45 respectively.

Three months after that, she fell in love with a Hungarian artist, Csaba Pásztor, who was 17 years older than her. He moved into her London home with his new wife, who didn’t mind about his relationship with Moggach. “If she had conflicted feelings, she kept them to herself because she’s fantastically well-mannered. I adore her. We lived together for a long time after he and I split up,” says Moggach.

In 1985, Moggach’s mother was imprisoned for helping a terminally ill friend kill herself. Moggach regularly visited her mum in prison after she was convicted of attempted murder at the Old Bailey – for which she was given a nine-month sentence and served six months. “They gave her the lightest sentence they could and were glad to get shot of it [the case] after she changed her plea from not guilty to murder to guilty to attempted murder,” recalls Moggach. “Everybody felt sympathetic. If she hadn’t changed her plea, she was at risk of being served a mandatory life sentence for murder.”

“My mother visited this woman as an act of kindness really,” says Moggach. “She told my mother, she wanted to end her life. My mother would sit with her, and she had all the apparatus… all the pills and the do-not-resuscitate order. And she said to my mum, ‘If I don’t actually die, if I go into a coma, will you put a plastic bag over my head?’ which is quite a big thing to ask somebody who you don’t know very well,” says Moggach.

Her mother went over “rather reluctantly” in the middle of the night and sat with her while she took the pills. But then after four hours, the woman was still breathing. “So my mother did put a plastic bag over her head and tied the ribbon around it until she stopped breathing, and then she packed the bag away and left.”

Her mum didn’t keep it a secret. “It appeared on the front of the Evening Standard because my mum was very indiscreet,” says Moggach, who adds: “She shouldn’t have gone to prison.” Moggach is a patron of Dignity in Dying and campaigns for a change in the law on assisted suicide.

In another chapter of her life, Moggach was holed up in a hotel room at the Savoy with Harvey Weinstein while watching 2017’s Tulip Fever – the film she co-wrote with Tom Stoppard, adapted from her book of the same name, and produced by Weinstein. “I was far too old for him anyway, I mean, he didn’t make a move. But he was a terrible bully,” she says.

The film was “pretty well destroyed” by the scandal following a series of sexual assault cases against Weinstein. “It was tainted by Harvey – unlikePaddington 2, they didn’t take his name off it. It was due to come out in cinemas pretty well the exact time that it all blew up,” she says.

Moggach ended up holding her own low-key premiere for friends at Screen on the Green. “I thought it was such a shame that it wasn’t going to have a proper premiere,” she says.

“We raised our glasses to all the people who make films happen, who are not the big stars and the big directors.” On a set visit to The Best Exotic Marigold Hotel in India, she felt a similar appreciation.

“Judi Dench got up to embrace me, saying: ‘We wouldn’t be here if it wasn’t for your lovely book’,” recalls Moggach with a glint in her eye. “It was a very nice moment. It’s very easy to forget that [these] films wouldn’t be happening if somebody hadn’t been sitting at their laptop writing a novel.” Moggach is pleased Best Exotic has been instrumental in changing society’s attitudes to ageing. She’s written the stage play starring Hayley Mills – it begins touring the UK in September. “When I was younger, I thought all old people were sitting by the fire knitting. And were past it all, but we’re not. And you know, I’m up for anything.”

EXPLAINER: How will R. Kelly sentence impact other trials?