Answering ‘how are you’ amid COVID-19 and election stress 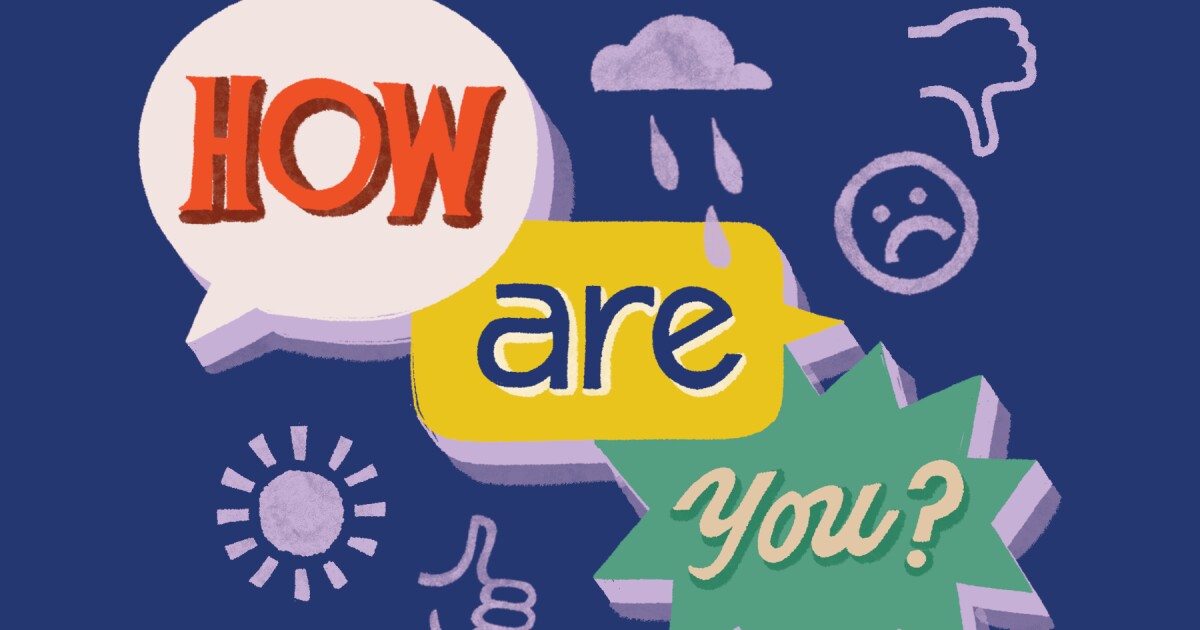 In the before time, “How are you?” was a simple pleasantry. No one ever really meant it when they asked. It was a prompt, a mere introduction, a segue into a larger conversation.

However, in the middle of total social collapse, being asked “How are you?” has become a lifeline for many who have felt the real weight of loneliness, and some may feel compelled to grab the opportunity to spill their emotional guts.

There’s an ever-growing pandemic. We’re in the midst of what can only be described as a chaotic presidential election, millions are on the brink of financial ruin, and thousands more are marching in the streets night after night fighting for racial justice. So when someone asks, “How are you?” it’s only natural to want to respond, “You know what? I’m not great. Not great at all. In fact, I’m terrible, thanks, how are you?”

But how deep is too deep an answer to give to family, friends, co-workers or the checkout person at the supermarket when they ask the polite question?

“Isolation is not a good counselor,” says Dr. Anthonio Damasio, a professor of neuroscience, psychology and philosophy as well as the director of the Brain and Creativity Institute at USC. “Loneliness is not good medicine ever, but it’s even worse medicine if you are at risk in the middle of a pandemic.” (The author of this story is an adjunct professor at USC.)

When this at-risk demographic is asked, “How are you?” some may feel more inclined to share, or even overshare, as it might feel like their one chance at a caring ear, Damasio says.

However, the appropriateness of just how deep one gets on the contents of their personal 2020 hell should still be controlled by context. Context of how the person asked and who is asking.

“You don’t want to go into a story about your own problems when you are being asked something from a person that you hardly know,” Damasio says. “Some kind of caution and modesty is recommended.”

Sometimes there’s more nuance to how one should respond, according to Elaine Swann, an etiquette expert for more than two decades.

“People are taking these opportunities to say, ‘You know what, I’m not doing well.’ So when we ask this question, we really need to be more thoughtful as opposed to just stating the question without expecting to hear a real response,” she says.

As for how far people can go when sharing their emotions, Swann offered some advice.

Review: Bride saved from a brutal husband in ‘The Runaway’