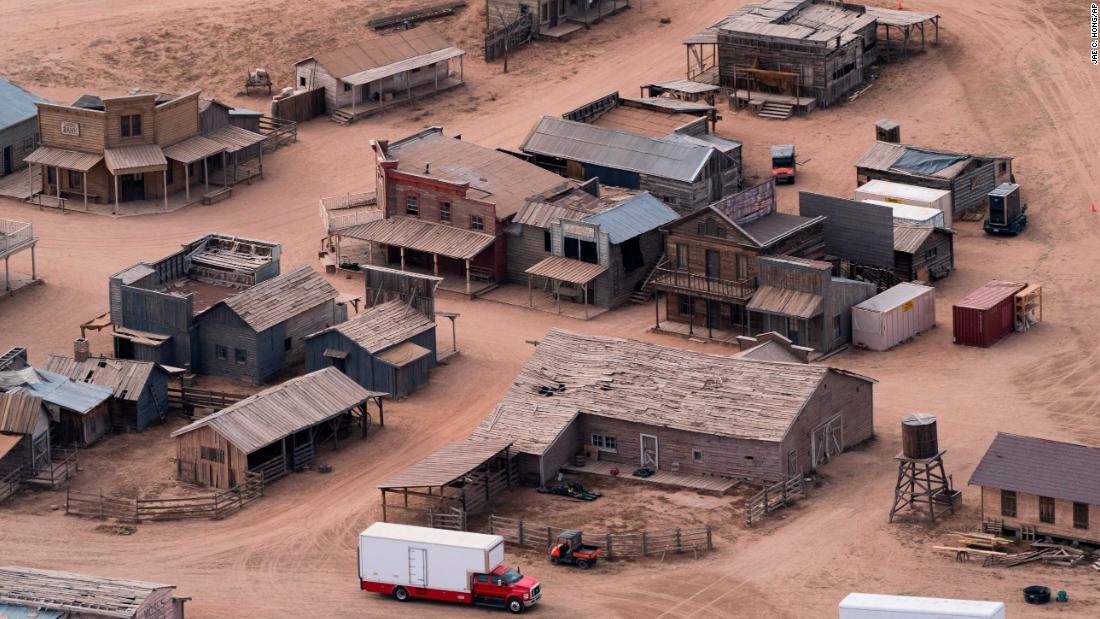 “There was a box of dummy rounds and the box is labeled dummy. Hannah did take from that box which she by all accounts should have been able to rely on, that contains only dummy rounds,” said Gutierrez Reed’s lawyer Jason Bowles. “She loaded rounds from that box into the handgun only to later find out — and she had no idea — she inspected the rounds, that there was a live round. Now we don’t know, however, whether that live round came from that box. We’re assuming it did. We’re assuming somebody put the live round in that box, which if you think about that, the person who put the live round in the box of dummy rounds had to have the purpose of sabotaging this set. There’s no other reason you would do that.”

Bowles said, “I think… you can’t rule anybody out at this point. because we know a couple of facts: We know there was a live round in a box of dummy rounds that shouldn’t have been there, at least one live round. We had people who had left the set, who had walked out because they were disgruntled. We have a timeframe between 11 and one approximately that day in which the firearms at times were unattended. So there was opportunity to tamper with this scene.”

Another lawyer for Gutierrez Reed, Robert Gorence, said the prop truck “was completely unattended at all times,” leaving “access and opportunity” to access the ammunition.

“The tray was outside the church for over two hours unattended after she had prepped that for what was going to be an afternoon filming session outside of the church,” Gorence told NBC.

Her lawyers said that Gutierrez Reed was not in the church at the time of the shooting because the gathering was just supposed to be technical preparation, which would not require her presence.

Gutierrez Reed was the armorer as well as key props assistant on the film. She handed the weapon discharged by Baldwin to assistant director David Halls, according to her attorneys.

Bowles said Gutierrez Reed spun the chamber of the gun for Halls.

“She did show him each and every round in that chamber, which there was six. There were six dummy rounds, she believed, to be in that handgun,” he said. “She spun it and showed it on to Mr. Halls and at that time she gave custody of it.”

An attorney representing Halls said it was not Halls’ responsibility to confirm whether the gun handed to Baldwin was loaded, despite Halls previously acknowledging to investigators that he should have checked all the rounds before declaring the firearm safe.

“He’s not responsible for checking it,” attorney Lisa Torraco said in an interview on Fox News on Monday. “That’s not the assistant director’s job. If he chooses to check the firearm because he wants to make sure that everyone’s safe, he can do that, but that’s not his responsibility.”

Lawyers for Gutierrez Reed said she is devastated and heartbroken by the tragedy and cooperating with the investigation.

CNN is seeking comment from the “Rust” production company. The sheriff’s department had no comment on the claims by Gutierrez Reed’s attorneys.

In a brief comment to CNN Tuesday night, Lane Luper, the A-camera first assistant on “Rust,” said crew was “rushed and unsafe” on the set of the western.

He expanded in an interview with ABC Wednesday, citing lax “gun safety, a lack of rehearsals, [and] a lack of preparing the crew for what we were doing that day.”

Emails obtained by CNN show that Luper’s resignation arrived with a host of complaints about an unsafe work environment.

“During the filming of gunfights on this job things are often played very fast and loose,” Luper wrote.

He wrote of two accidental weapons discharges on set and one special effects mess-up that set off explosives around the crew between takes.

“I personally suffer from pretty bad tinnitus and the SFX explosive sent my ears ringing until I got home. To be clear there are NO safety meetings these days,” Luper wrote, using an abbreviation for special effects.

Luper also complained of a lack of adequate lodging for crew nearby the set, delayed paychecks, and “the most lax covid policies I’ve personally ever seen in any business or private setting related to filmmaking.”

“In my 10 years as a camera assistant I’ve never worked on a show that cares so little for the safety of its crew,” he wrote.

In a statement to CNN, “Rust” producers called Luper’s allegations regarding the film’s budget and safety “patently false,” adding it “is not surprising considering his job was to be a camera operator, and he had absolutely nothing to [do] with, or knowledge of, safety protocols or budgets.”

“Safety is always the number one priority on our films, and it is truly awful to see some using this tragedy for personal gain,” the producers added.

In previous statements, “Rust” producers maintained they were not made aware of any official complaints concerning weapon or prop safety and are conducting an internal review.

A second “Rust” crew member also cited safety concerns on set in a resignation letter sent to production the day before the shooting, according to a copy of the message obtained by CNN.

“I also feel anxious on set, I’ve seen first hand our AD rush to get shots and he skips over important protocols,” Jonas Huerta, the film’s digital utility technician, wrote, using an abbreviation for assistant director.

Huerta, who said he has tinnitus, a condition marked by ringing in the ears, described “more [than] a few occasions where I have been close to the weapons being fired with no regards to my hearing.”

“Sometimes [the AD] rushes so quickly that props hasn’t even had the chance to bring earplugs and he rolls and the actors fire anyway,” he said.

“I feel my health and safety is at risk,” Huerta wrote as he discussed having to commute back home — instead of to a nearby hotel — after a long workday.

CNN has reached out to “Rust” production for comment on Huerta’s resignation letter.

On Tuesday, Baldwin took to his social media to share an account of a “Rust” crew member that presented a sharply different account of the on-set environment, suggesting that criticism of unsafe conditions and unhappiness on the set was overblown.

The comments appear to have been made on a social media account of “Rust” costume designer Terese Magpale Davis.

In the post she claims that the narrative of the film being beset by unsafe and chaotic conditions is “bulls..t” and that “concerns were heard and addressed” by the producers on the film.

“They cared about us while we all worked together, and they continue to care,” she wrote, batting away allegations that production was consciously cutting corners and compromising on safety standards.

“We had several safety meetings. Sometimes multiple per day,” she wrote.

Davis wrote that Halls never seemed flippant about safety and defended the hiring of Gutierrez Reed writing, “the armorer had apprenticed to a well-known armorer and had been in the same position in the same type of movie a few months before”.

Baldwin has been in phone contact with detectives, willingly answering their questions, law enforcement and the actor have said.

In an interview with CNN last week, District Attorney Mary Carmack-Altwies said that determining how the gun fired by Baldwin became loaded with suspected live rounds will play a key factor in any decision to bring possible criminal charges in the case.

“I think that that will probably end up being kind of the linchpin for whether a decision is made about charges,” she said.