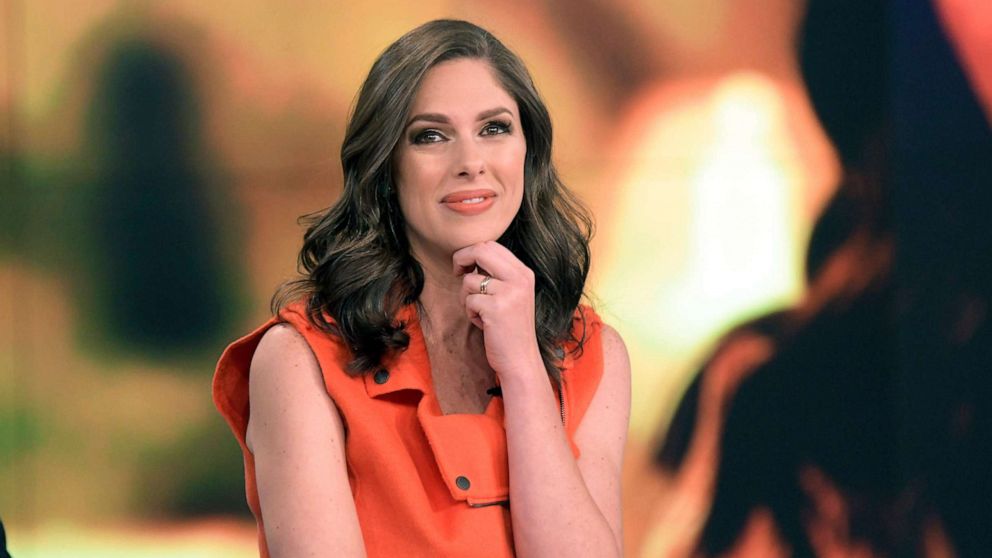 She joins co-host Sara Haines in the special podcast series “Behind The Table.”

In “The View”‘s special podcast series “Behind The Table,” former co-host Abby Huntsman spoke with current co-host Sara Haines about her time on the show.

Huntsman, 35, said she had “a lot of great experiences” on the daytime talk show and “in many ways, it was a dream job,” including the fact that she was able to build friendships amongst the show’s staff.

“It’s a staff of a ton of people, and there are many that have been there from the beginning of days that aren’t caught up in any of the stuff that you read in the tabloids,” Huntsman said.

Despite being a show driven by discussions around the top news stories of the day, Huntsman said her favorite part about co-hosting was interviewing guests.

“I’m so much more interested in other people’s stories, so we got to interview … the most incredible people of all time to come on that show,” she said. “There are interviews that you do that that change your life. And I think people watching are so impacted by it.”

After interviewing political figures on the presidential campaign trail such as now President Joe Biden, Sen. Elizabeth Warren and Andrew Yang, Huntsman attributed the show for helping her find a better sense of who she was.

“I wouldn’t be sitting here today doing this podcast… and feeling as I think happy and collected in life had I not been at that show,” she told Haines. “No one leaves ‘The View’ not a much stronger person.”

“You leave there and you have a much better sense of who you are, what you believe,” she continued.

“That journey really brought me here today, and I will always be thankful for ‘The View’ for that.”

Later on, Huntsman told Haines that the show is “always a part of you” and explained how being on the panel helped her personality grow.

“There’s also this love I have for the people there and for the experiences that it gave me on camera. It allowed me to blossom more as a as a TV host and a personality,” she said. “And now hosting this podcast, I feel like I’m better at what I do because I did that show.”

Huntsman went on to say that she doesn’t have any regrets about co-hosting the show. “I’m actually thankful for all the hard moments,” she said. “I do think that I’m a better mom. I’m a better wife.”

“I still fail every single day at everything, but I do feel a lot more confident in myself,” she added. “You embrace it.”

Huntsman joined as co-host of the Emmy® Award-winning daytime talk show in its 22nd season in 2018 and left in Jan. 2020. She got her professional start in television at ABC News while interning at “Good Morning America” and “World News Tonight” in college, then later served as a news desk assistant for ABC News in Washington, D.C., and an assistant booker for “Good Morning America” in New York City.

In the eighth episode of the special podcast series “Behind The Table,” Huntsman and Haines sit down and discuss the many things they have in common despite never co-hosting at the same time. Plus, Huntsman shares about her experience being pregnant on the show and how it helped her get through her pregnancy with twins.

Listen to Abby Huntsman and Sara Haines’ “Behind The Table” podcast episode: