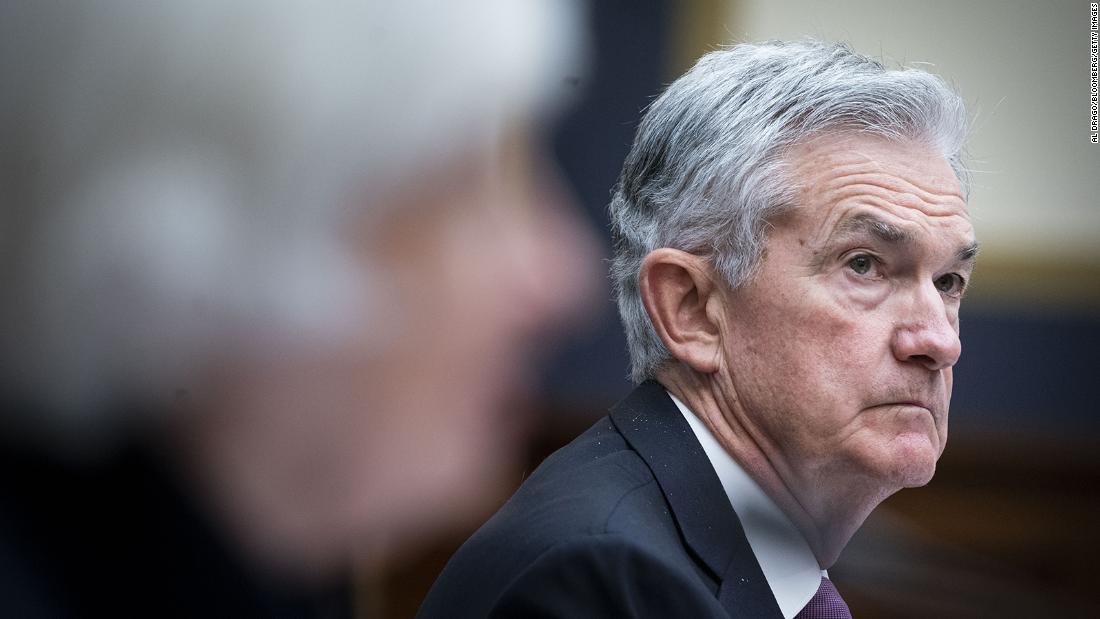 Fed chair Jerome Powell is widely expected to discuss plans for the central bank to start tapering its bond purchases at a press conference Wednesday afternoon.

The Fed may even suggest that interest rate hikes could also be in the cards for the latter part of next year. Rates have been at zero since March 2020.
According to futures contracts on the CME, traders are pricing in a 33% chance of at least two interest rate hikes by the end of 2022, and a 25% chance of three rate increases by January 2023.
So why aren’t investors throwing a so-called taper tantrum, as they did when former Fed chair Ben Bernanke hinted that the Fed would soon slow down bond buying in the summer of 2013? Back then, stocks fell sharply and long-term Treasury yields spiked.
This time around, everyone knows that the tapering is coming. Powell has been hinting for months that the economy is improving and may no longer need as much support from the Fed.
That’s a big difference from nearly a decade ago, when Bernanke caught the market completely off guard when he first suggested tapering.

“The Fed has been telegraphing the taper for some time. They’ve learned a lot and do not want to make the same mistake twice,” said Whitney Sweeney, investment strategist at Schroders.

No taper tantrum as long as Fed sticks to playbook

Even if Powell doesn’t announce the taper timeline, the market might just throw a tantrum anyway, Sweeney said. That’s because investors want evidence the Fed is truly confident enough in the recovery that it can pull away the proverbial training wheels and see how the economy stands on its own.

“A taper tantrum is unlikely to happen. But we have to wait to see how Powell discusses the rate hiking cycle,” said Jim Caron, senior portfolio manager and chief strategist with Morgan Stanley Investment Management.

Caron said the Fed also seems willing to allow inflation to run a little hotter for the time being in hopes that prices start to fall next year once supply chain and labor market disruptions begin to abate.

That means the Fed would likely look to raise rates gradually instead of moving aggressively to counter fears of hyperinflation.

The market also seems to be growing confident that corporate taxes may not go up much —or even at all — anytime soon. That would be a gift to the Fed, too.

Opposition to President Biden’s plan to raise the tax rate for businesses from key moderates on Capitol Hill, namely Democratic senators Joe Manchin and Krysten Sinema, could doom any chances of a significant increase.

“I don’t see a corporate tax rate hike coming now. There are too many fires in Washington,” said Dan Genter, CEO and chief investment officer of RNC Genter Capital Management.

Powell, who like most Fed members sticks to the mantra that the central bank is apolitical, would likely not comment on any tax proposal. But market observers think the Fed would have more wiggle room to taper and raise rates if it doesn’t having to worry about how investors might react to the prospect of higher taxes eating into profit margins.

“The Fed generally doesn’t make a bet on political outcomes,” Caron said. “But it will react to the Biden agenda going forward once the information is out.”

In other words, Powell and other Fed members will be able to breathe a huge sigh of relief if DC gridlock prevents Biden from getting what he wants.

“In theory, the Fed is independent,” Sweeney said. “But higher taxes would have been a headwind. Absolutely.”