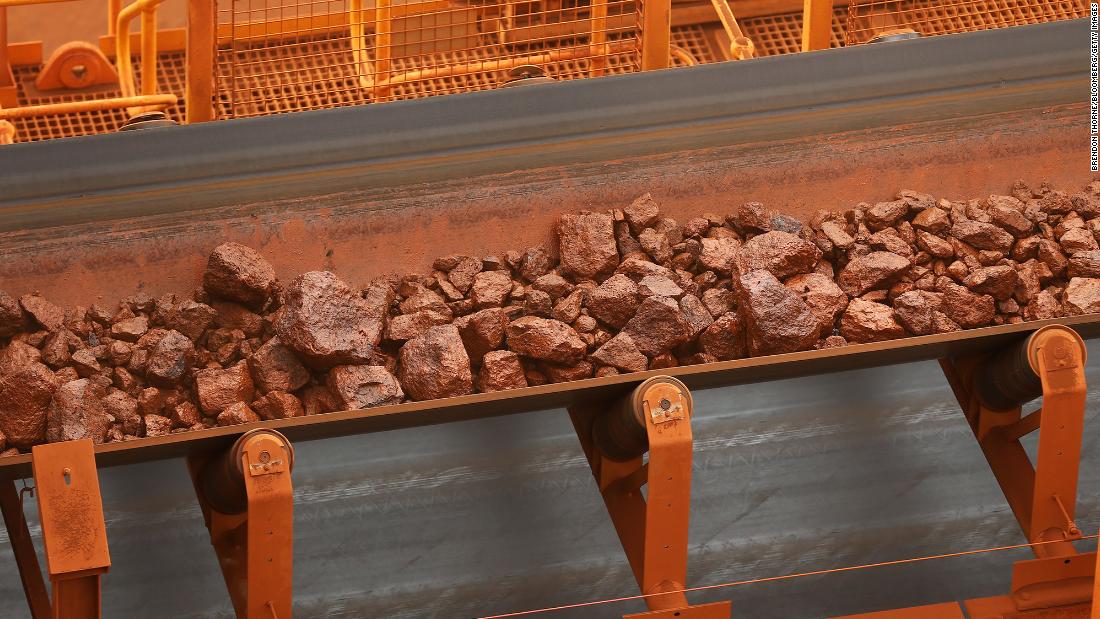 After an investigation lasting almost a year, a committee led by state lawmakers detailed widespread sexual harassment, degradation, assault and threats of rape among female workers in the industry, describing a “culture of cover-up” where “sexual harassment is generally accepted or overlooked.”

Many of the women who made submissions to the inquiry said it was “the first time they had told of their experiences,” while the state police force told the committee that it had investigated 23 reports of sexual assaults at mine sites over the last two years.

In one account, an unnamed female worker shared a story of being “knocked unconscious” in her temporary accommodation on a mining site, only to wake up with her “jeans and underpants around her ankles.”

“‘I felt sick, ashamed, violated, dirty and very confused,'” she said in her testimony.

In another submission, a female contractor detailed how her site supervisor told her she would need to have sex with him in order to make a safety investigation she was involved in “go away.”

The same woman was later told she “would have to get on her knees” if she wanted a full-time job in the mines, according to her submission.

Numerous accounts of “horrifying sexual assault,” and of men forcing themselves on women in the workplace, removing their clothes in front of coworkers, putting sex dolls in their temporary accommodation, stalking them, and sending text messages with “explicit and lewd” material without consent, were also detailed.

Several mining and fossil fuel companies, including BHP (BBL), Woodside Energy, Rio Tinto (RIO) and Fortescue Metals Group (FSUGY), were mentioned in the report in connection with multiple allegations of sexual assault at their sites or by their workers.
In statements sent to CNN, Rio Tinto — which commissioned its own review into workplace bullying and sexual harassment earlier this year — said it supported the inquiry from its inception, and would study the report’s recommendations, while Fortescue Metals Group CEO Elizabeth Gaines reaffirmed the company’s “zero-tolerance approach” to sexual harassment.

A spokesperson for Woodside Energy said the oil and gas major was committed to providing a “safe working environment” for employees and that “everyone in the industry must do better.”

CNN has reached out to all of the companies named in the report for comment.

The committee said that mining companies “were generally forthcoming and open in their approach to the inquiry,” and several of those named pointed to “incidents where they had taken decisive action” to dismiss sexual offenders.

Women interviewed for the inquiry reported though that in many cases the perpetrators of sexual assault “merely changed worksites or were reemployed in the industry with a different company.”

“Mining companies… expressed shock at the size of the problem and recognised the need to urgently address cultural change. As a committee we were shocked by the facts, but also surprised that companies could be this surprised,” the report said.

One of the central issues identified in the inquiry was concern about reporting sexual harassment.

“We heard of the distrust and lack of confidence many employees had in existing hierarchical management structures — a lack of trust is an obvious barrier to reporting of these issues,” the committee found, adding that it was integral that “a number of reporting options” both internal and external, were made accessible to workers going forwards.

The Department of Mines, Industry, Regulation and Safety — the industry regulator — told the committee it had only received 22 reports of sexual assaults on mine sites over the previous seven years.

Western Australia’s mining industry is concentrated in the Pilbara, a desert region in the state’s far north which borders the Indian Ocean. Due to its remote location, miners who work the sites are known colloquially as “FIFOs” — a reference to the ‘fly-in-fly-out’ nature of their schedule.

The report found that FIFO workplaces “had most if not all the major risk factors for sexual harassment,” due to the misuse of alcohol and drugs, gender inequality, power disparities and “aggressive male-male peer relationships.”

“The nature of FIFO can, at some mine sites, promote a culture of ‘what happens at camp, stays at camp’. This, coupled with heavy drinking, is a recipe for harassment,” one female said in her submission.

The committee laid out a number of recommendations in response to its findings including “establishing industry standards for accommodation facilities, CCTV, [better] lighting, and other safety measures as well as more moderate drinking standards” on mining sites.

At both state and federal levels, Australia’s mining industry is known for its unparalleled political power, due to the nation’s reliance on fossil fuels and mineral exports — such as iron ore and coal — to power its economy.

Western Australia’s resource sector reported a record 210 billion Australian dollars ($145 billion) of sales in the 2020-21 financial year. The state sealed off its borders for most of the pandemic to keep the industry operating.

The Week in Business: Spending More, Getting Less

This $20 Device Turns a Handgun Into an Automatic Weapon