US warehouses running out of room amid supply chain crisis 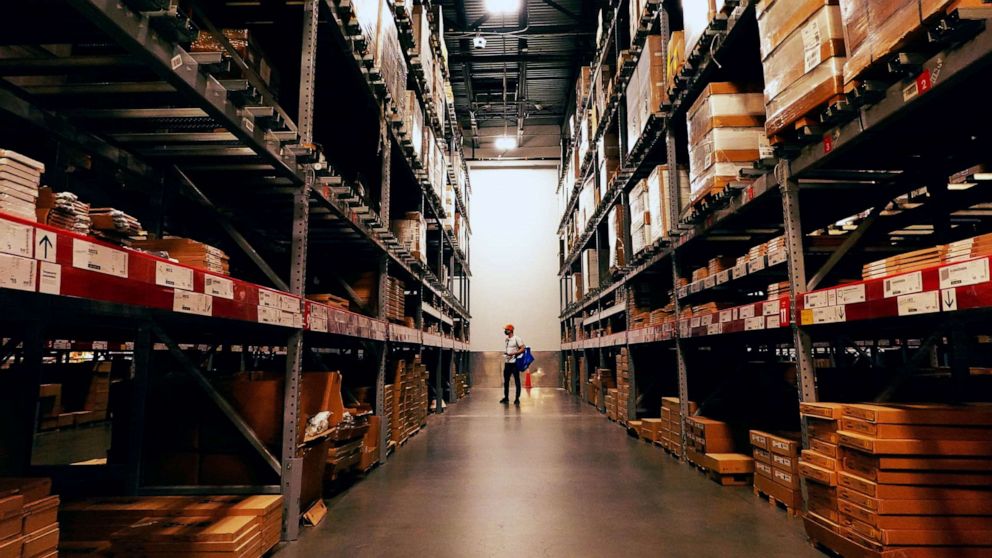 Warehouses in and around U.S. ports are running out of room, experts say, adding another challenge to the country’s already crippled supply chain.

“We are either at or over capacity, and demand for space is the greatest I have ever seen,” said Michael Sarcona, president of Sarcona Management Inc. He operates several warehouses in the Newark area, the third-largest port in North America.

Hundreds of thousands of shipping containers faced record backlog at U.S. ports over the past several weeks. Now that some have made landfall, the goods stored in those containers may soon outpace warehouse capacity.

Warehouse vacancy in the country has reached 3.6%, a record low, according to recent data from CBRE, an American commercial real estate services and investment firm.

“Three-and-a-half percent is effectively zero,” said John Morris, executive managing director lead for CBRE’s industrial and logistics business in the Americas. “For the year, we have basically an effective shortage of space of about 300 million square feet.”

Even if retailers can get more products shipped to the U.S., Morris explained, they will struggle to find places to store them and move them along the supply chain.

“In an efficient supply chain, you want about 15% availability of warehouse capacity in these markets and across the country,” said Craig Fuller, CEO and founder of FreightWaves, a global logistics industry data and analytics company. “At 3.6%, these warehouses are operating beyond their available capacity to even function properly.”

Warehouses in the port of Los Angeles, the largest port in North America, have a record low vacancy of 1% , according to CBRE’s analysis. This is the lowest vacancy CBRE has ever recorded for the port.

“That vacancy rate is down by more than half over the last year,” said Chris Caton, the global head of strategy and analytics at Prologis, the world’s largest logistics real estate developer. “So there is extreme scarcity in these port markets.”

Warehouse vacancy at ports in central and northern New Jersey sit around 2%. Sarcona operates eight warehouse locations in Newark with a combined capacity of almost 2 million square feet, but has a team of employees and real estate agents urgently searching for more space.

How will this impact consumers?

Consumers likely won’t be able to rely on online shopping the way they once did, according to experts.

“I’m worried that the inability of the supply chain to keep up, ends up having an impact on the wonderful growth we’ve seen in this omni-channel retail economy,” said Morris, referring to online shopping platforms that allow consumers easy and timely access to big and small brand items.

“I think we’ve lost the predictability of when products are going to be delivered to consumers,” said Fuller, explaining that sellers likely won’t be able to guarantee delivery times this holiday season. “I’ve been ordering Christmas items since mid-October — [because] if anyone tells you they can tell you when something’s going to be delivered, they’re either not truthful or they’re misinformed.”

Fuller believes the uncertainty could push consumers back into stores.

“I think people are going to find that as we get closer and closer to the Christmas holiday, that the items that they normally would be able to buy online, they’re going to have to go into stores to get it,” Fuller said.

How did this happen?

Rebounding consumer demand has led to record imports through U.S. ports on both coasts. Warehouses at those ports are the first stop for items coming into the U.S., and they’re overwhelmed.

“Are we out of space? The answer is not yet,” Morris said. “Is supply and construction keeping up with demand? Just barely… like… just barely.”

One factor: Land around these ports is becoming increasingly in demand.

“In the most sought after locations, pricing is spiking — we’ve never seen rents rise like they have,” Caton said, explaining the challenges facing warehouse creation and development.

The issues relate to the physics and scarcity of land in these key locations, per Caton.

“If you want to build a 500,000-square-foot facility in New Jersey, you need 30 to 35 acres of land that’s relatively flat and well served by infrastructure, and that is just increasingly scarce,” Caton said.

Adding to the congestion, these warehouses often send goods to distribution centers, which in turn send those items out to consumers or to brick and mortar businesses. These centers “are also at capacity or overcapacity,” Sarcona, the warehouse operator, said.

When does this all get fixed?

“Perhaps in Q3 of next year” this will all be fixed, Morris said.

But even with more storage locations being built, supply chain issues continue.

“It’s hard to get the materials to finish that construction,” Morris said. “With a broken supply chain for construction materials, cement roofing trusses, the pins that hold the roof to the wall, they’re short on all of that.”