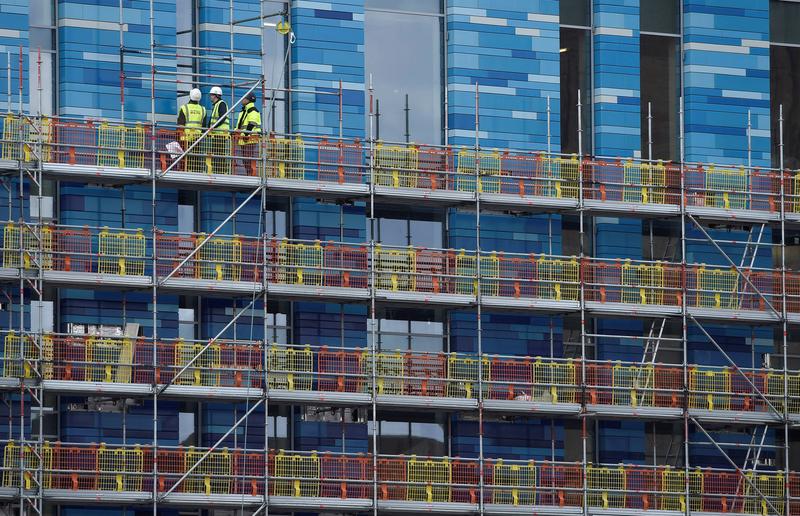 The IHS Markit/CIPS UK Construction Purchasing Managers’ Index (PMI) rose to 54.6 in October from 52.6 in September, which was its lowest reading since January. A Reuters poll of economists had pointed to a decline to 52.0.

“There were widespread reports that shortages of materials and staff had disrupted work on site, while rising fuel and energy prices added to pressure on costs. Nonetheless, the worst phase of the supply crunch may have passed,” IHS Markit economics director Tim Moore said.

The proportion of construction companies reporting delays from suppliers dropped to 54% from 63%, and growth quickened across the housing, commercial and civil engineering sectors, the survey showed.

It added to signs ahead of the Bank of England’s interest decision on Thursday that the slowdown in Britain’s economy may have moderated last month, with a similar survey of services companies on Wednesday showing a pick-up in growth.

A separate survey from the Royal Institution of Chartered Surveyors showed strong orders – especially for infrastructure projects – but construction firms in the third quarter grappled with rising cost pressures and skill shortages.

The IHS Markit survey also pointed to widespread reports of cost increases among construction companies in October, but to the smallest extent for six months.

The all-sector PMI – a combined reading of this week’s manufacturing, services and construction surveys – rose to a three-month high of 57.5 in October, up from 54.7 in September.

Cubans say it’s too soon to weigh the effect of eased U.S. measures