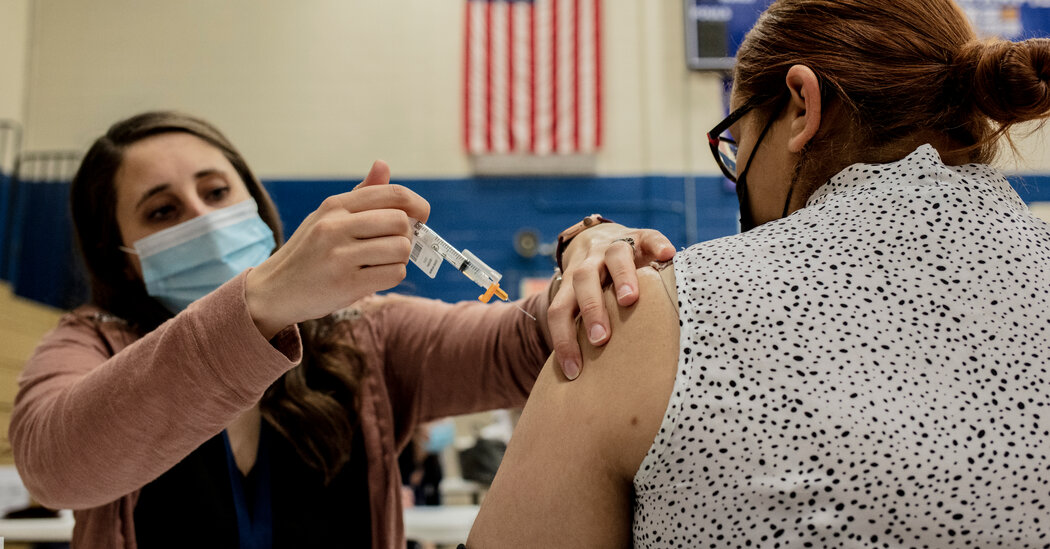 Employers must provide information about the total number of fully vaccinated workers to employees or their unions, which the agency believes will aid compliance. Employees and unions can use this information to pressure companies directly, or as part of the basis for a complaint.

As a practical matter, however, inspectors are likely to play only a small role in enforcement given the agency’s personnel constraints. A 2020 report by the National Employment Law Project, a worker advocacy group, found that the agency had only about 860 inspectors at the beginning of that year, down about 15 percent from 2012.

The relief bill that Mr. Biden signed into law this year provides funding for additional inspectors, but it could be many months before most of them are hired and sent into the field.

Over the past month, the Labor Department received feedback on the rule from trade groups, including the U.S. Chamber of Commerce, as well as executives from UPS, the Walt Disney Company, Fidelity Investments and many others. They have voiced concerns about cost, logistics and losing employees.

The National Retail Federation trade group was sharply critical of the move on Thursday.

“Since the president’s announcement of the vaccine mandate for private industry, the seven-day average number of cases in the United States has plummeted by more than half,” it said. “Nevertheless, the Biden administration has chosen to declare an ‘emergency’ and impose burdensome new requirements on retailers during the crucial holiday shopping season.”

Three major retailers — Walmart, Amazon and Target — declined to comment. Gap, the owner of Banana Republic and Old Navy, reiterated that it was offering incentives, including weekly drawings to win $1,000, to encourage employees to get vaccinated. A Macy’s representative said the store was encouraging the vaccines and that it was “studying the most recent government mandate and will implement it as required.”

Many nursing home businesses had pushed to avoid a strict requirement, and the American Health Care Association, a nursing-home trade group, expressed disappointment with the new rule. “We are concerned that the execution will exacerbate an already dire work force crisis in long-term care,” Mark Parkinson, the group’s chief executive, said in a statement.