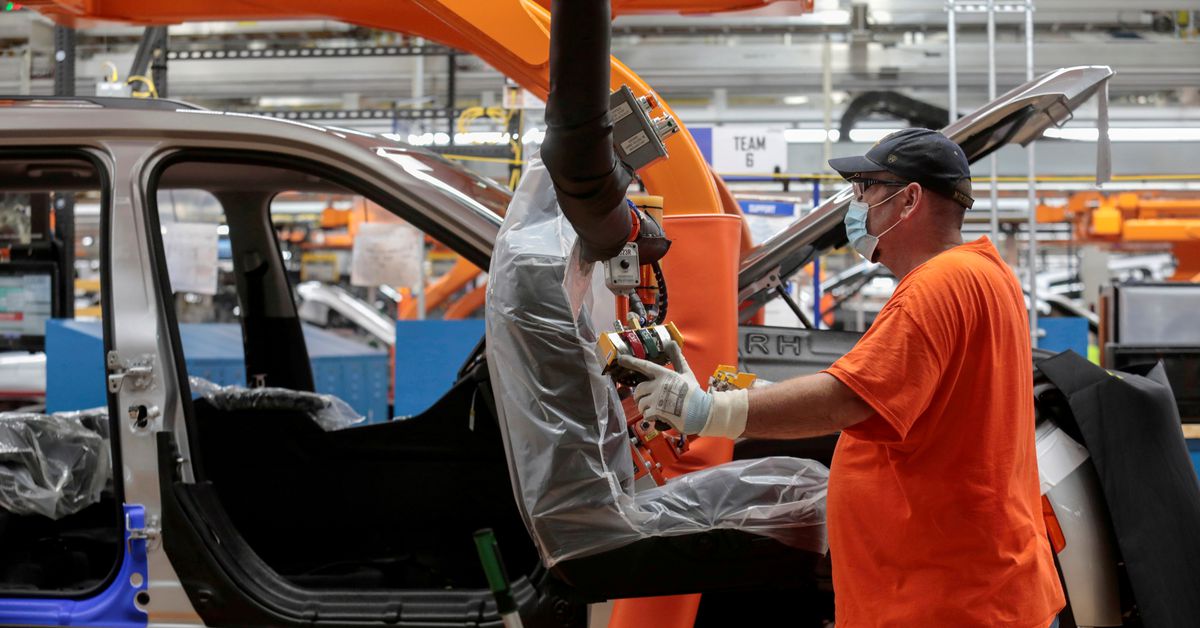 WASHINGTON, Nov 4 (Reuters) – U.S. unit labor costs surged in the third quarter, while productivity declined at its sharpest pace since 1981, adding to signs that high inflation could last for a while.

The Labor Department said on Thursday that unit labor costs, the price of labor per single unit of output, increased at an 8.3% annualized rate last quarter after rising at a 1.1% pace in the April-June quarter. Outside the coronavirus distortions in 2020, the jump in labor costs last quarter was the largest since the first quarter of 2014.

Labor costs advanced at a 4.8% rate compared to a year ago.

Economists polled by Reuters had forecast unit labor costs accelerating at a 7.0% pace.

The report followed on the heels of news last month that wage growth in the third quarter was the largest on record. The pandemic has upended labor market dynamics, leading to 10.4 million job openings as of the end of August.

Inflation is well above the Fed’s 2% target. The U.S. central bank announced on Wednesday that it would start trimming its monthly bond purchases this month, but held to its belief about high inflation being transitory. read more

Hourly compensation increased at a 2.9% rate in the third quarter after rising at a 3.5% pace in the prior period. The surge in labor costs came at the expense of worker productivity, which fell at a 5.0% rate last quarter. That was the biggest drop since the second quarter of 1981 and followed a 2.4% growth pace in the April-June period.

Economists had expected productivity would drop at 3.0% rate. Compared to the third quarter of 2020, productivity fell at a 0.5% rate. Hours worked increased at a 7.0% rate last quarter, up from the 5.9% pace logged in the second quarter.