‘Today’ show at 70 years: The enduring influence of morning television 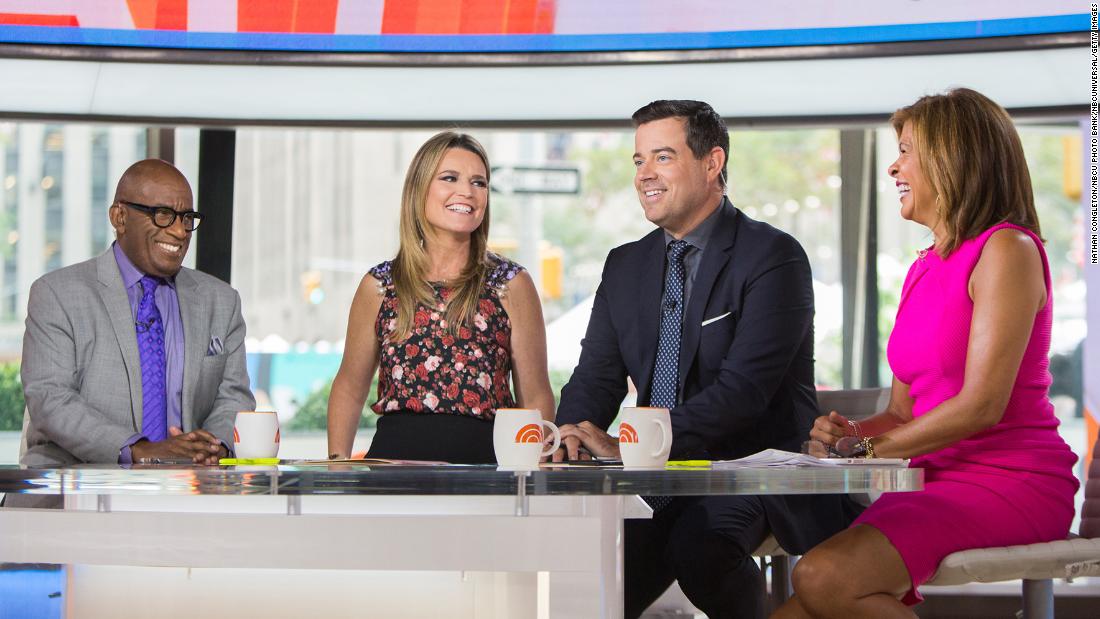 Ten years ago Thursday morning, I was bundled up on the iconic plaza of Rockefeller Center interviewing devotees of the “Today” show. I remember meeting a mother and daughter who took a red-eye flight from Salt Lake City just to be there, on the outside of the studio looking in, for the 60th birthday of their favorite show. They gave me something that’s indispensable in media: A fan’s-eye-view.

Fast forward ten years, and “Today” is about to televise another party, this time for its 70th birthday. It will be more subdued this time, owing to Covid-19 restrictions and changing consumer habits. The “Today” show’s highest-rated days seem to be long gone. Yet it is still a hugely profitable piece of NBC News and an important institution for NBCUniversal as a whole.

“Today” invented the very idea of morning television, spurring rivals like “GMA” and “CBS Mornings” and at least a dozen rise-and-shine shows on cable.

Nowadays, TV networks and streaming services are on 24/7, but in 1952, a breakfast hour broadcast was a radical idea. Television was still a new medium. Local stations typically only showed a test pattern at 7 a.m. There was no reason for families to turn on their newfangled TV sets in the morning — until NBC gave them a reason by creating the “Today” show. This was a big deal because once they turned the TV set on in the morning, the set tended to stay on — a factor in the stunning rise in video consumption ever since.

How NBC is marking this anniversary

On Thursday, some of the hosts of the “Today” show visited the Empire State Building. The building was lit orange in the evening to mark the show’s 70th anniversary. Co-host Savannah Guthrie was absent, however, due to her recent positive Covid test.

Guthrie hosted “Today” from home earlier in the week due to the positive test. She said she felt some “little sniffles, not much more than that.”

NBC’s main event for the anniversary is an on-air celebration on Friday, the actual birthday.

If Guthrie tests negative before Friday, she will be in studio for the show. Otherwise, she will join from home.

Gossip sites stoked speculation about whether Matt Lauer, who was fired from the show in 2017 after a complaint about “inappropriate sexual behavior in the workplace,” would appear in the show’s flashback segments. Mazzarelli said “we’re going to look back at our history, and he’s a part of our history, as are all the anchors throughout the throughout the last 70 years. You’ll see him.”

Going back in time to the very first broadcast

When I watched old “Today” show tapes for my book “Top of the Morning,” it was remarkable to see how many now-familiar features of morning TV were baked in to the very first 1952 broadcast. Examples: A format you could set your watch by; a main man and his sidekicks, sharing personal details about themselves in between news segments; live reports from far-flung cities; a weather segment with a map of the country.

Founding producer Sylvester “Pat” Weaver wanted the new show to mimic radio, in that it would be a kind of background noise while listeners prepped for the day. This premise still holds true today. “We cannot and should not try to build a show that will make people sit down in front of their set and divert their attention to the screen,” Weaver wrote in a memo. “We want America to shave, to eat, to dress, to get to work on time. But we also want America to be well informed, amused, to be lightened in spirit and in heart and to be reinforced in inner resolution through knowledge.”

Reading those words so many decades later, what stood out to me was the sense that “America” was one cohesive unit, one group that would all watch the same show. Now the country is split among “Fox & Friends” and “Morning Joe” and a dozen other options.

My other takeaway: Weaver understood, to borrow a TV axiom, that “people watch people.” Even if you’re only half-listening from down the hall, you want to know and trust the person you’re hearing. Dave Garroway, the first host of “Today,” had a casual style but a serious core. Garroway once said of his oft-cited casualness, “Nobody knows how hard I work to look that way.”

By the way, the top stories on that January day in 1952 were a White House nomination for Vatican envoy withdrawing amid controversy, and a recall of inflammable sweaters. How quaint. Here’s a look back at the episode and how it came to be.

How the “Today” show is expanding

Through the decades, “Today” featured some of the top talents in television, both on and off camera. Tom Brokaw, Jane Pauley, Bryant Gumbel, Katie Couric, and Meredith Vieira were a few of the co-hosts over the year. Weaver, the founding producer, went on to run all of NBC Entertainment. Decades later, wunderkind executive producer Jeff Zucker went on to run all of NBC. (Zucker is now the president of CNN Worldwide.)

What was purely a morning TV show is now an around-the-clock multimedia brand, partly in response to declining ratings for the main broadcast. “Today” has emphasized streaming options and podcasts, among other extensions.

“It’s bigger than it’s ever been,” Mazzarelli told TVNewser. “You’ve got four hours, you’ve got social, you got the digital streaming channel, you’ve got a podcast. But at its core, it’s the show and what people are used to turning on in the morning. We just try to build off of that, and that’s what we’ve done.”