Tapering, explained: Why the Fed is winding down the party on Wall Street 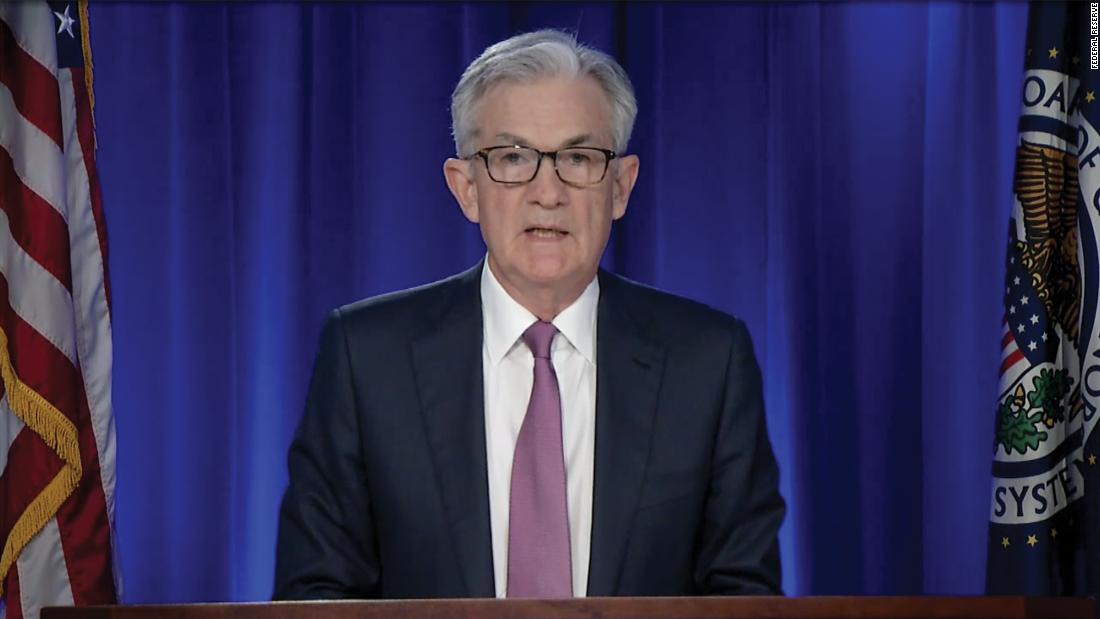 The short answer: Money has essentially been free for the past year and a half, thanks to the Fed’s double-barrel shotgun approach to economic stimulus — interest rates near zero and a massive investment in bonds that keeps yields near rock-bottom. When the Fed eases off the stimulus pedal, borrowing could grow more expensive, making businesses pay more, which means less profit, which means Wall Street is…sad.

While it might sound somewhat academic, the results of the Fed’s decision could have a huge impact on everyday people, especially those looking to buy a home or run a business.

To understand how we got here, let’s flash back to March of 2020, when Covid-19 landed like a bomb on US shores. Businesses shut down, at least 20 million people lost their jobs in a single month, and Wall Street was in full-on panic mode. In just under a month, the S&P 500 — the broadest measure of Wall Street — lost more than 30% of its value. If you were brave enough to peek at your retirement account during that time, it was a grim sight.

As Congress bickered over what to do, the Federal Reserve essentially threw itself on top of the Covid bomb to prevent a total financial and economic collapse. It did that by buying government-backed debt — lots of it. Without getting too in the weeds about the Fed’s balance sheet, the thing to understand here is that a big part of the central bank’s job is to ensure stability, and it does that by controlling the amount of money sloshing around. By buying up debt, the Fed was essentially turning on a money spigot.

And it has been keeping that up ever since, to the tune of about $120 billion a month in Treasury bonds and mortgage-backed securities.

With that supply of easy money, investors came back from the brink in the spring of 2020. By April of that year, the stock market began to rebound, even as the broader economy faltered and the public health crisis worsened. That disconnect between Wall Street and Main Street persists in part because the Fed has kept interest rates near zero and assured investors it would continue its easy-money policy for as long as needed to get the economy back on track.

Those debt purchases were emergency measures implemented to stave off calamity, and were always expected to be rolled back once it was clear the economy had enough momentum to recover from the short-lived but severe pandemic recession of 2020.

The good news is the economic recovery is chugging along as more people get vaccinated, return to work, and in many ways are resuming their pre-pandemic lives. That means it’s time for the Fed to wind down, or taper, its debt purchases.

It’s a delicate process, and Fed Chairman Jerome Powell has until now been cautious, and at times cryptic, about how and when the taper might begin. Slamming the brakes would trigger an investor panic, but not slowing down would fuel inflation.

The Fed is clearly trying to avoid a repeat of the so-called taper tantrum of 2013.

At that time, the Fed triggered a panic by merely mentioning its plans to eventually scale back its Treasury bond purchases — a policy known as quantitative easing, or QE, which is just a fancy way to say pumping cash into the economy. The Fed began its QE policy in response to the 2008 recession, and investors got accustomed to the easy money.

At the time, the mention of a future taper caught bond investors off guard, and they began selling en masse. Bond prices plummeted, which meant yields (which move inversely to prices) shot up.

High yields on bonds lead to higher mortgage rates. They make it more expensive for businesses to grow by taking on debt. That’s very bad news for an economy in recovery, and exactly the scenario the Fed has sought to avoid this time around.

The Fed announced Wednesday it would start reducing asset purchases by $15 billion a month, starting this month. If it keeps up that pace, the program would end fully by the middle of 2022.

That news should come as no surprise to Wall Street, as the central bank has been signaling to investors for months that it would do just that before the end of the year.

There was no immediate “taper tantrum” in the market following the Fed’s announcement: In fact, the major stock indexes inched higher Wednesday afternoon, though stocks were moving only in modest ranges.

By removing some emergency support for the economy, the Fed hopes it can get high inflation under control.

The Fed will maintain its target interest rates near zero. And it said it’s ready to slow the pace or reverse its tapering if the economic outlook changes.