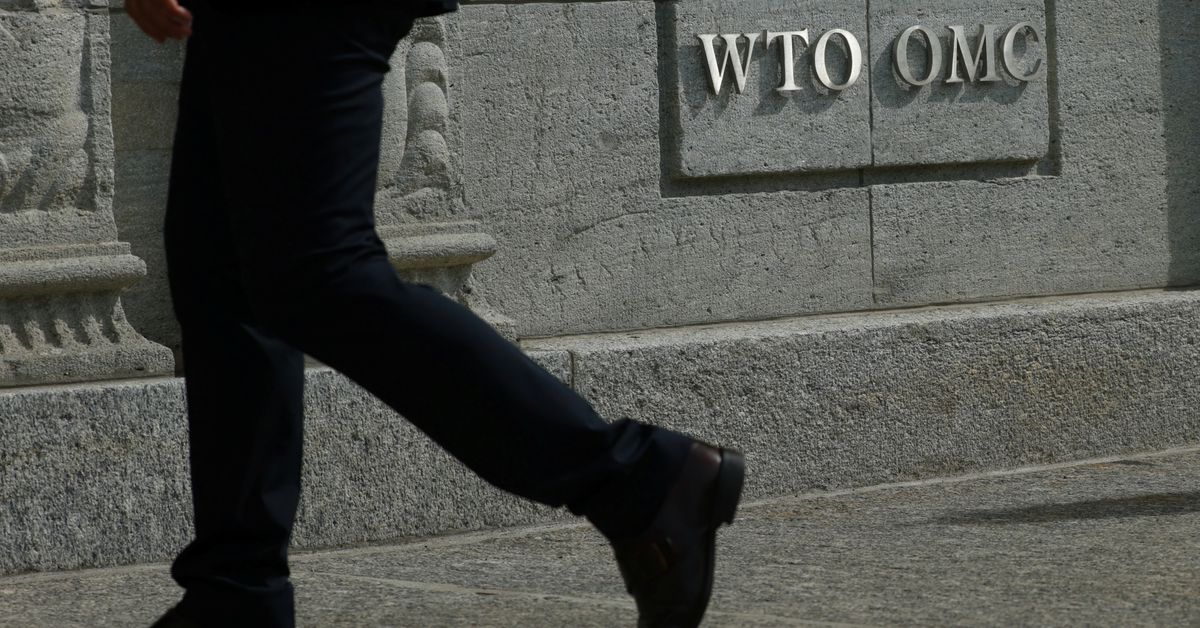 A logo is pictured outside the World Trade Organisation (WTO) in Geneva, Switzerland, September 28, 2021. REUTERS/Denis Balibouse

GENEVA, Nov 4 (Reuters) – Taiwan raised a trade complaint against China at a World Trade Organization meeting late on Wednesday over Beijing’s moves to block sugar apple and wax apple imports from the island, two sources familiar with the matter said.

Taiwan, whose relations with China are at their lowest in decades, had previously threatened to raise the matter at the global trade watchdog. read more

It is their first time to raise a complaint on their own since they both joined the WTO 20 years ago, said one of the sources. However, Taipei has previously joined other countries in trade complaints against China.

China’s customs administration stopped clearance of the fruit in September, citing pest concerns. The move comes as Beijing uses increasing political and military pressure to get the democratically ruled island to accept its sovereignty.

The specific trade concern filed by Taiwan at the WTO’s Committee on Sanitary and Phytosanitary Measures is a preliminary step, although a portion of such complaints later become formal WTO disputes.

At the closed-door meeting, Taiwan said that the typical procedure in the event of pests is to fumigate and quarantine instead of suspending all products because a tiny fraction is infected, said the second source.

China’s delegate responded that it had frequently found pests on fruit from its neighbour and said this poses a threat to its agriculture, the source added.

Taiwan, formally known as the “Separate Customs Territory of Taiwan, Penghu, Kinmen and Matsu” at the World Trade Organization, is blocked from participating in many international bodies because of Chinese objections.

A WTO spokesperson did not immediately reply to an email request for a comment on the matter.

China’s Ministry of Commerce also did not immediately reply to a request for comment.