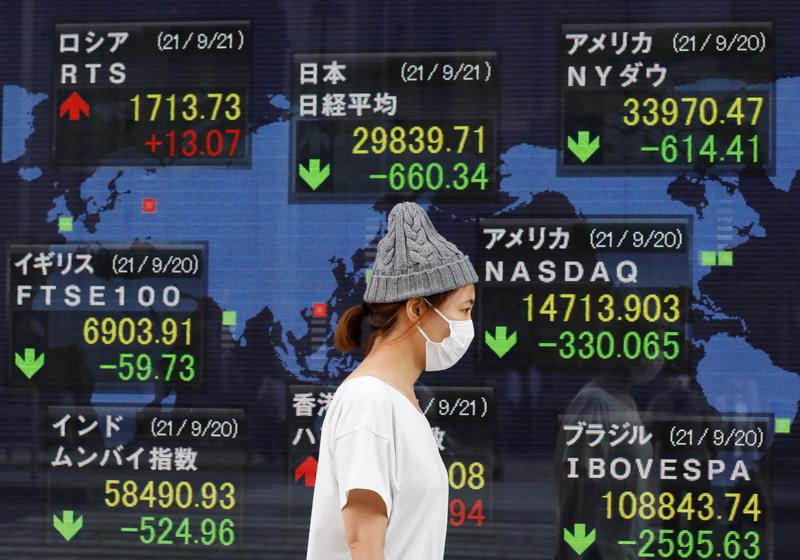 SYDNEY (Reuters) – Share markets firmed on Thursday after the U.S. Federal Reserve engineered an orderly start to unwinding its massive stimulus programme, though doubts about the inflation outlook did push up longer-dated bond yields.

“Remember that tapering is not tightening,” said Kerry Craig, global market strategist at J.P. Morgan Asset Management, noting the Fed’s balance sheet would still expand by around $400 billion over the next eight months.

“This is still a very accommodative policy environment and one that will support the growth outlook in the quarters ahead and the performance of risk assets like equities and credit.”

Anxious eyes now turn to the Bank of England, which may kick off a rate hike cycle later in the day with uncertain implications for debt markets globally.

For now, equity investors were content that the Fed was in no rush to remove the policy punch bowl and Nasdaq futures rose 0.2% to another record high. If sustained, it would be the ninth straight session of gains.

Japan’s Nikkei climbed 0.8% and touched its highest in a month, while MSCI’s broadest index of Asia-Pacific shares outside Japan crept up 0.4%.

The Asian index has been burdened by a spike in new coronavirus cases in China, which threatens to curb consumer spending in an already slowing economy.

As expected, the Fed announced it would trim its bond buying by $15 billion a week from this month, while leaving open the option to quicken or slow the pace as needed.

“Overall, we didn’t get anything that should imply higher market pricing of hikes than what we have now,” said Jan Nevruzi, an analyst at NatWest Markets.

“While not an ultra-dovish meeting, the result was still a far cry from some of the more stunning hawkish surprises seen recently from the likes of the Bank of Canada,” added Nevruzi.

The Canadian and Australian central banks have caused turmoil in their bond markets in the last couple of weeks by abruptly changing tack on policy.

Poland’s central bank surprised with an aggressive hike overnight, heightening tensions for the BoE’s meeting where the decision could be nail-bitingly close.

The dollar idled at 93.955 as speculators booked profits on long positions, though the uptrend of the past five months was still in place. It firmed on the yen to 114.15, aiming for the recent top of 114.69.

The euro pared overnight gains to $1.1595, hampered by expectations the European Central Bank will trail the Fed in tightening by some margin.

In commodities, the rise in bond yields saw gold dither around $1,774 an ounce. [GOL/]

Oil prices slid as U.S. inventories grew and Iran announced the resumption of talks on a nuclear accord. Pressure is also mounting for OPEC+ to expand production at a meeting later on Thursday, though signs are the group will stick with its current plans. [O/R]