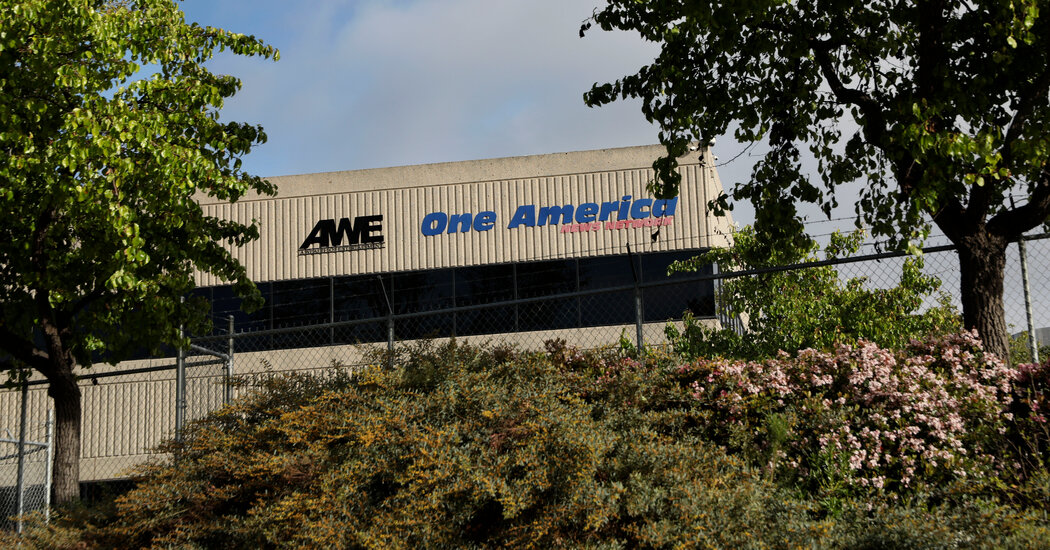 The legal battle against disinformation from right-wing media outlets is expanding.

Smartmatic, an election technology firm that became a target of pro-Trump conspiracy theories about the 2020 presidential race, sued Newsmax and One America News Network on Wednesday for defamation, demanding that the conservative cable networks face jury trials for spreading falsehoods about the company.

The new lawsuits add to a growing suite of litigation by Smartmatic and another election technology provider, Dominion, which found itself mired in the same conspiracy theories. In February, Smartmatic sued Rupert Murdoch’s Fox Corporation and several Fox anchors on similar grounds, as well as two of Mr. Trump’s lawyers, Sidney Powell and Rudolph W. Giuliani.

“We are holding them accountable for what they tell their audience,” J. Erik Connolly, a lawyer for Smartmatic, said in an interview.

Smartmatic and Dominion were both accused by pro-Trump forces, without evidence, of rigging vote tallies in key states to swing the election to Joseph R. Biden Jr., part of a large-scale effort by Mr. Trump’s allies to cast doubt on the 2020 results. Those conspiracies have only expanded in the year since Mr. Biden won, as leading Republican officials and media personalities have continued to raise doubts about Mr. Trump’s defeat.

The lawsuits are one tactic being used to address an urgent civic matter: how to curb misinformation that has flowed copiously from right-wing news and opinion outlets.

Newsmax said in a statement on Wednesday that it had “reported accurately on allegations made by well-known public figures, including the president, his advisers and members of Congress, as well as reporting on Smartmatic’s claims in its defense.” The company called the Smartmatic suit “a clear attempt to squelch the rights of a free press.” One America News did not return a request for comment.

In the two lawsuits — filed against Newsmax in Delaware and against One America News in Washington, D.C. — Smartmatic says that the networks aired dozens of reports accusing the company of participating in a conspiracy to rig the election against Mr. Trump. Those accusations came even though Smartmatic provided its services only in Los Angeles County, and nowhere else, in the 2020 election.

In its suit against Newsmax, Smartmatic says the news organization waged its campaign in order to siphon away viewers from its larger rival Fox. Smartmatic also accuses One America News of having knowingly published disinformation after the company warned it to stop.

Legal experts said the lawsuits could put both organizations in a difficult position.

“They’re both powerful lawsuits,” said Floyd Abrams, a renowned First Amendment lawyer. “I think it’s unlikely that the defendants will make strong arguments that what they carried was accurate.”

Still, defamation cases are difficult to prove and, as in the Fox case, Smartmatic is likely to have to show that the two upstart networks acted maliciously and recklessly by airing false statements they knew to be false.

Fox has filed a motion to dismiss the Smartmatic litigation, arguing that Mr. Trump’s claims of electoral fraud were matters of significant public interest and handled fairly by the cable channels Fox News and Fox Business. “An attempt by a sitting president to challenge the result of an election is objectively newsworthy,” Fox wrote in its response. Oral arguments on the motion took place in August, but a judge has yet to deliver a ruling.

Mr. Connolly, the Smartmatic lawyer, said that Newsmax and One America News “had no evidence to support anything they were saying. Their guests provided them no evidence for what they were saying. And you couple that with the reams of publicly available information contradicting what is being said.”

One America News and Newsmax saw their standings rise with conservatives after the election last year, while Fox News’s ratings dropped after it was the first major network to project that Mr. Biden had won the election in Arizona. Fox News’s viewership has since rebounded, and in March, a survey conducted by the Pew Research Center showed that it retained a far broader reach over Republicans and American viewers overall.