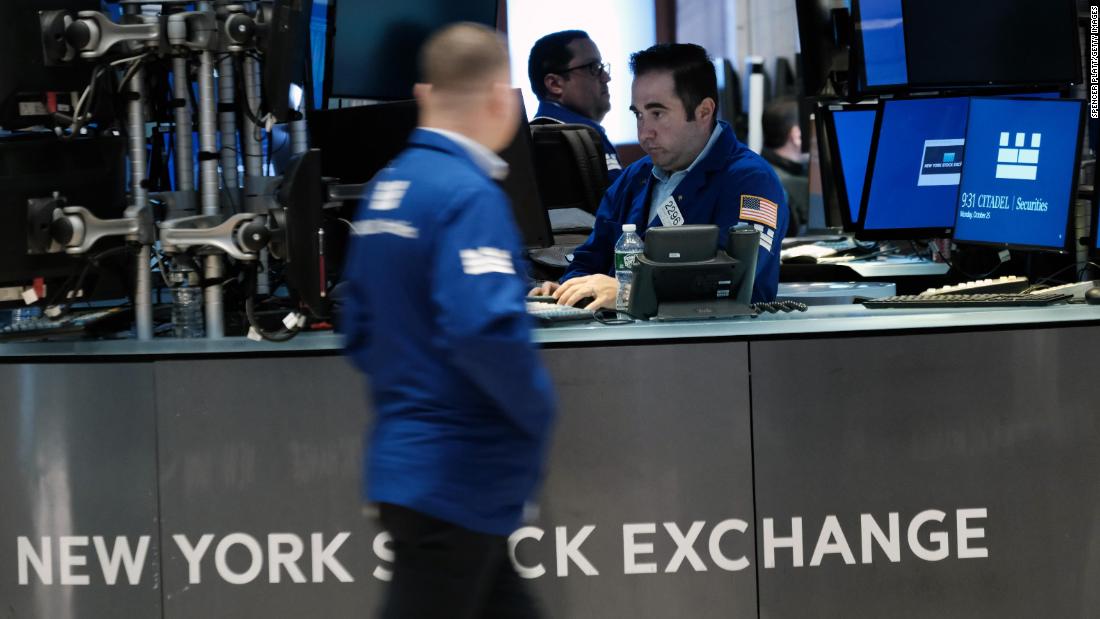 That prediction in their book, “Dow 36,000: The New Strategy for Profiting From the Coming Rise in the Stock Market” did not come true. The dot-com bubble popped, sending markets into a tailspin. The comeback in 2006 and 2007 was cut off by the global financial crisis and Great Recession.

But the rally in the wake of the Covid-19 pandemic has finally delivered. On Tuesday, the Dow closed above 36,000 for the first time ever, propelled by unprecedented levels of government and central bank stimulus and enthusiasm about corporate earnings.

The rebound has been sharp and quick. The Dow passed the 35,000 mark for the first time in July.

“This is yet another reminder for investors how far we’ve come the past 20 months,” said Ryan Detrick, chief market strategist for LPL Financial. “In fact, 2021 is the only year in history to hit six separate 1,000 milestone levels.”

Hassett, who served as a senior economic adviser to President Donald Trump, doesn’t see the book as a forecasting miss. Instead, he told me, its central thesis has held up well.

We chatted by email about the milestone and his reflections. The following conversation has been condensed and lightly edited for clarity.

Why did it take longer than you expected for the Dow to cross the 36,000 threshold?

KH: The book was always about the case for holding stocks for long periods in order to reduce risk. Our first piece on this, and the book, always made it clear that nobody can predict stock movements in the short run. But over longer periods, prices go up. Many were arguing that the huge gains of the 1990s made it too late for ordinary investors to join the party. We said it was not, if they could commit to the long run.

You wrote in 1999 that stocks weren’t as risky as investors believed and were undervalued. Do you still think that’s true?

KH: The data since have confirmed patterns that have been clear back to the early 1800s. In the long run, the risks associated with holding stocks decline.

Which of the book’s arguments do you think have held up best?

KH: The average return on equity since the book came out has been almost exactly what we assumed.

KH: We expected interest rates to be higher, and never anticipated quantitative easing. In some sense, this is good news for stock investors going forward. The equity premium is still healthy, so expected returns on stocks over the next two decades are still higher than for bonds.

The Federal Reserve makes its move

After months of discussions about timing, the Federal Reserve is set to start rolling back bond buying aimed at helping the economy during the pandemic.

Investors expect the central bank to announce Wednesday that it will begin reducing asset purchases by $15 billion each month.

“We expect the Fed to announce the change to the asset buying program in the statement with guidance that the adjustment to asset purchases will begin straight away in November rather than waiting until December,” said analysts at Bank of America.

Roughly 20 months since the Fed announced emergency measures to deal with the economic fallout from Covid-19, it’s a big moment. But debate is already moving on, and is now centered on when the Fed could start raising interest rates.

A quarter of investors now believe interest rates will rise by May, according to CME Group’s FedWatch tool. That climbs to more than half in June. Not long ago, the consensus was that rate increases wouldn’t begin until 2023.

Hollenhorst and Clark don’t think Chair Jerome Powell will use his press conference to push back on market expectations, however.

On the radar: Is the Fed still thinking about inflation, which is rising at the fastest rate in three decades, as a “transitory” phenomenon? The language Powell uses to describe price increases will be watched closely as Wall Street tries to gauge how quickly the central bank could tighten the money taps.

The housing market is hot. But Zillow (Z), worried about volatility, has decided to watch from the sidelines.
The company said Tuesday that it’s shutting down its home flipping division known as Zillow Offers, citing “the unpredictability in forecasting home prices.” The move will result in about 2,000 job cuts.

Remember: Last month, the company said it was halting new real estate purchases because supply chain disruptions and labor shortfalls were generating backlogs of homes it was renovating and prepping for sale.

But Zillow just revealed another complication: It bought homes last quarter for prices higher than it could sell them. After snapping up 9,680 properties during the period, the company offloaded just 3,032.

CEO Rich Barton told analysts that since Zillow Offers launched in 2018, leveraging algorithms to make bids on homes, the company has faced “a global pandemic, a temporary freezing of the housing market and then a supply-demand imbalance that led to a rise in home prices at a rate that was without precedent.”

He said these events made it near impossible to “accurately forecast future home prices.” But he’s not convinced the business was poised to get any easier.

“Based on our experience to date, it would be naive to assume unpredictable price forecasting and disruption events will not happen in the future,” he continued.

Investor insight: Wall Street is punishing Zillow for the strategic misstep. Shares tumbled 12% on Tuesday and are down another 18% in premarket trading on Wednesday.

Coming tomorrow: OPEC and allies meet to discuss oil output. With prices above $83 per barrel, US President Joe Biden is pushing producers to increase supply.

Stocks week ahead: Republicans are much more worried about inflation than Democrats

Apple is delaying its return to offices indefinitely and giving each employee $1,000