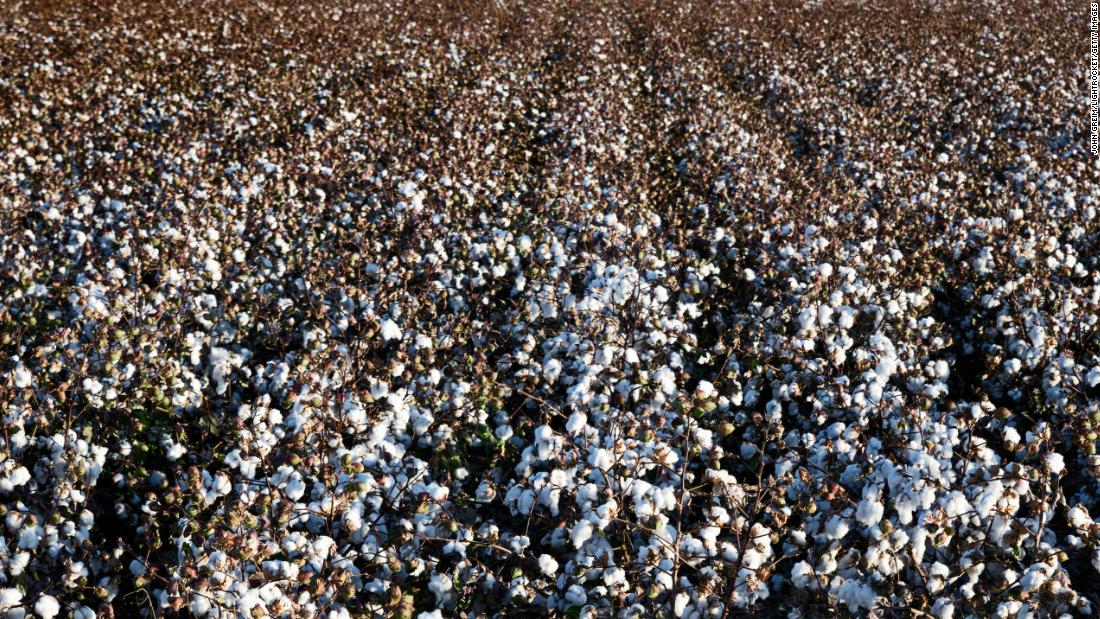 Each day last week, cotton futures encountered triple-digit losses, and the December futures contract closed below $1 for the first time since January. Cotton has now shed more than a third of its price since early May. That’s bad news for US economic growth: The United States is the largest exporter of cotton worldwide.

Cotton is not alone in its precipitous fall. All commodities have dropped in price, as investors anticipate lower demand in the near future as they brace for a possible recession. Crude oil, metals, and other crops have also taken a nasty beating in recent weeks.

West Texas Intermediate crude, the US oil benchmark, dropped by more than 8% on Tuesday and traded for less than $100 per barrel for the first time since early May. Copper is officially in a bear market, sitting more than 20% below its April highs. That’s a particularly bad sign, as falling copper prices have been an eerily accurate predictor of recession for the past three decades.

Cotton’s plummet, however, has been uniquely confusing. Cotton products are largely discretionary, making them much more susceptible to declines in demand during economic downturns, and a severe drought in West Texas is threatening to decimate this year’s cotton crop. But some economists also say that the way cotton is traded makes it more susceptible to rampant speculation and volatility.

Here’s why: When textile mills buy cotton from a merchant, they use what’s called an unfixed on-call contract.

That means the textile company, or the mill, will write a contract with a cotton merchant saying they’ll get a cotton delivery in three to six months, priced in relation to wherever the July or December futures contract is trading at the time of delivery.

At some point in the future, usually when the mill thinks the market price for cotton is as low as it’s going to get, the manufacturer will call the merchant and finalize the contract at that price. Merchants typically sell cotton futures on the New York Intercontinental Exchange (ICE) when they first sign their contracts to hedge their operating margin. They buy those hedges back when the price becomes fixed.

But a new class of customer has altered the way the market works. Hedge funds and other major financial players have flooded the exchange with big money and a lot of speculation. As a result, prices don’t always match crop fundamentals.

A surprisingly fruitful growing season last summer and an increase in pre-pandemic demand aided that growth, said John Robinson, an agricultural economics professor at Texas A&M University. But a large reason for the huge rally was really just an increase in market speculation.

The Commodity Futures Trading Commission keeps track of when contracts are officially fixed between merchants and mills and makes that information public in real time. Speculators can see how many contracts have yet to be fixed and know exactly how long they have until futures contracts expire. They know if there will be a jump in futures buying in the short-term and can decide to get ahead of it.

“The West Texas crop is decimated, I don’t see how anyone can be going short and I don’t understand why the people who are long would be liquidating now,” he said.

Anger about “people who are not involved in commercial buying or selling anything drop a billion dollars and allocate it according to their formulas,” harkens back to 2008, when cotton markets were badly hurt during the Great Recession, said Robinson. Now, there’s a growing movement among cotton producers to change the way ICE futures function to prevent the speculation.

Either way, he added, a lot of cotton producers in the United States are hurting.

The Federal Reserve released minutes from its June 14-15 meeting on Wednesday, offering investors a behind-the-scenes look at the Central Bank’s decision to raise interest rates by three-quarters of a percentage point to combat high inflation.

The notes show that members of the Fed are growing anxious about inflation becoming entrenched in the United States and are reaffirming their commitment to doing what it takes to cool high prices for consumers and businesses, even if that means slowing the economy.

Members hinted that the Fed would probably hike rates by another half point or three-quarters of a point in its July meeting.

The Fed policymakers “recognized the possibility that an even more restrictive stance could be appropriate if elevated inflation pressures were to persist,” said the minutes.

“We do not see much meaningfully new information in the minutes,” wrote Bob Miller, BlackRock’s head of Americas fundamental fixed income in a note on Wednesday. The minutes, he said, were largely a recap of what traders already knew, explaining investors’ muted response.

The dark side of Buy Now, Pay Later

Buy Now, Pay Later, installment plans have become popular among consumers looking to spread out the cost of big-ticket purchases. But the rising cost of essential goods in the United States has led some struggling shoppers to use the payment method for smaller purchases like coffee, groceries, and gas, writes my CNN Business colleague, Alicia Wallace.

Economists and consumer advocates are concerned about the phenomenon. They say the increasing popularity of these services, which have little oversight, could mean Americans are getting into more debt than is publicly reported.

“Despite its rapid growth, BNPL has raised red flags for economists, regulators and attorneys general. They’ve cautioned that because the services are not regulated as credit products, it has resulted in a Wild West-style market with varying terms and conditions and few checks and balances,” writes Wallace.

Two US labor market reports are due out this morning: ADP’s private sector US jobs report and the weekly look at US unemployment claims.