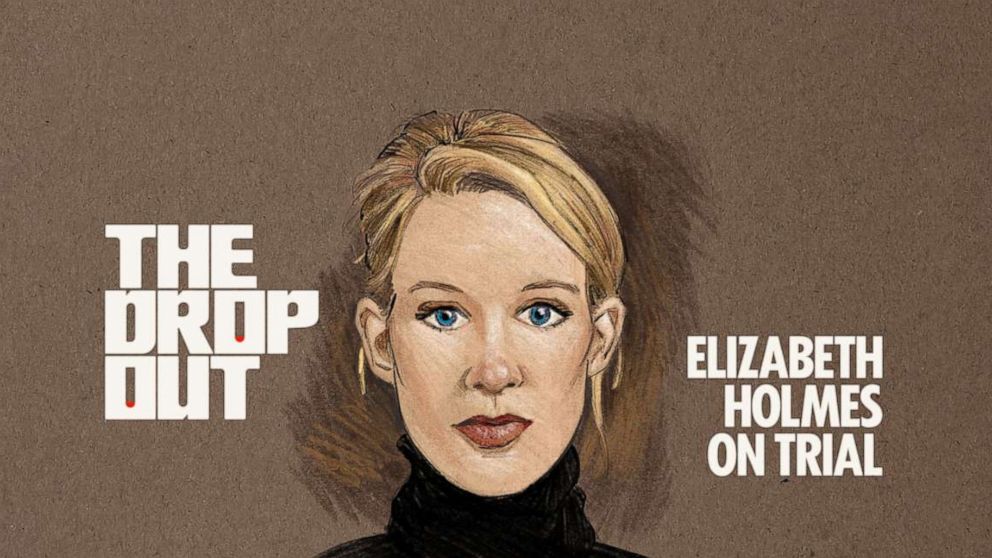 Money. Romance. Tragedy. Deception. The story of Elizabeth Holmes and Theranos is an unbelievable tale of ambition and fame gone terribly wrong.

How did the world’s youngest self-made female billionaire lose it all in the blink of an eye? How did the woman once heralded as “the next Steve Jobs” find herself facing criminal charges — to which she pleaded not guilty — and up to decades in prison? How did her technology, meant to revolutionize health care, potentially put millions of patients at risk? And how did so many smart people get it so wrong along the way?

ABC News chief business, technology and economics correspondent Rebecca Jarvis, along with producers Taylor Dunn and Victoria Thompson, take listeners on a journey that includes a multi-year investigation. You’ll hear exclusive interviews with former employees, investors, and patients, and for the first-time, the never-before-aired deposition testimony of Elizabeth Holmes, and those at the center of this story.

Starting Aug. 31, 2021, in a series of new episodes, “The Dropout: Elizabeth Holmes on Trial” will take you inside the courtroom, breaking down the evidence and keeping score for both sides until 12 jurors decide the fate of the Theranos founder and new mother. Three years after she was first charged, we find out how this saga finally ends.

Where have you been, Elizabeth Holmes?

It’s been over three years since Elizabeth Holmes was charged with multiple counts of fraud. Once the youngest female self-made billionaire, she was poised to change health care forever. Now she faces decades in prison if convicted. What has Elizabeth been up to while the government has been building its case against her? The answer includes a trip to Burning Man, a new relationship and a baby born just over a month before her trial.

After four postponements, a global pandemic and a baby, Elizabeth’s long-awaited trial finally begins with jury selection. With millions of pages of discovery, a potential witness list of more than 200, and nearly 4,000 exhibits, Elizabeth’s team of heavyweights has their work cut out. And at the 11th hour, the biggest bombshell yet — Elizabeth’s team has alleged that she was subjected to a decade of physical, sexual and psychological abuse. How will this play for a jury? Will Elizabeth take the stand, and what are the chances of a conviction?

After 11th-hour bombshell allegations of abuse were revealed, we meet the seven men and five women who will ultimately be deciding Elizabeth Holmes’ fate. We take a peek inside the courtroom, and speak with some of the potential jurors who were dismissed. We’ll hear firsthand what Elizabeth’s demeanor is like in the courtroom, what the prosecution and defense appeared to be looking for in a jury, and details about who was actually chosen.

Elizabeth, holding hands with her partner, Billy and her mother, Noel, breezes into the courthouse to hear opening statements in her financial fraud trial. The government and the defense set the stage, giving us a roadmap of how their sides of the case will unfold. The prosecution says this is a case about fraud, lying and cheating, while the defense paints a picture of an ambitious young woman trying to change the world. She made mistakes, they say, but didn’t break the law. And we hear from the case’s first witness: Theranos’ top ranking financial employee who has a lot to say about how Elizabeth may have misled investors.

We hear from Erika Cheung, one of the whistleblowers who originally set Elizabeth’s downfall in motion and who says she was subjected to disturbing intimidation tactics as a result. Legal experts analyze the success of each side’s opening arguments. And a mysterious man named “Hanson” causes quite the stir.

The General and the Patient

A high-profile witness from Elizabeth’s superstar board of directors surprises the courtroom by taking the stand: 4-star general and former U.S. Secretary of Defense James Mattis. He speaks of being dazzled by the potential of Theranos’ devices on the battlefield and the disillusionment he felt when the full story came to light. Plus, we meet a patient whose Theranos test results led to a terrifying ordeal.

We hear some shocking insights from a former Theranos lab director who says he tried to stop the train before it ran off the tracks. From failing machines to a lack of proficiency testing, he tells of the pressure he felt to vouch for tests while maintaining his integrity as a lab director. And he describes how he says he tried to delay the Walgreens launch, pleading with a “nervous” Elizabeth, who went forward nonetheless. But does an aggressive and lengthy cross-examination undermine his claims?

Two jurors ask to be excused, citing stress around punishment and the responsibilities in deciding the future of Elizabeth Holmes. A young woman, with unusual ties to this case, gives her perspective as a trial observer, and a veteran Silicon Valley investor puts the Theranos saga in larger context.

Theranos’ biggest clients, Walgreens and Safeway, are on the stand, testifying to what exactly they say they were told before signing multimillion-dollar deals with the blood testing startup. In email exchanges, text messages and board presentations, the prosecution paints a picture of deception while the defense claims the industry giants should’ve known better. Plus, we hear from Sunny Balwani’s dermatologist of 15 years, who happened to also become Theranos’ lab director.

We got a peek into how things at Theranos could at times be a full-on family affair. Elizabeth recruited her brother Christian to the company. He, in turn, recruited five of his Delta Tau Delta fraternity brothers to join him. The group would come to be known as “The Therabros.” We hear from one Therabro who would rise to the rank of Elizabeth’s lead of strategic operations. He interacted with VIP investors, board members, military officials and business partners, and revealed to the court what the government says was a disturbing pattern of misinformation.

We hear from high-profile companies and individuals who invested millions of dollars into Theranos, the prosecution reiterating that these investments were made on the basis of what they say was a pattern of misinformation, exaggeration and outright lies coming from Elizabeth Holmes herself. And we hear from a Pfizer scientist who speaks to the supposedly doctored Pfizer document that Theranos showed investors to help lure them in.

New episodes of “The Dropout” are available for free on Apple Podcasts, Spotify, Amazon Music, or wherever you listen to podcasts. Click here to find the show on your favorite app.

MORE TO WATCH AND READ:

Episode 2: The Enforcer: Ex-Theranos employee’s wife: People like Elizabeth Holmes ‘should be in jail’

Episode 3: A Star Is Born: Elizabeth Holmes on Theranos devices not working: ‘I know that we made mistakes’

Episode 4: The Whistleblower: Theranos whistleblowers filed complaints out of fear of patients’ health: ‘It started to eat me up inside’

Episode 6: What Now?: How ex-Theranos employees reacted to Elizabeth Holmes’ criminal charges: ‘There’s a lot of stuff I haven’t dealt with’