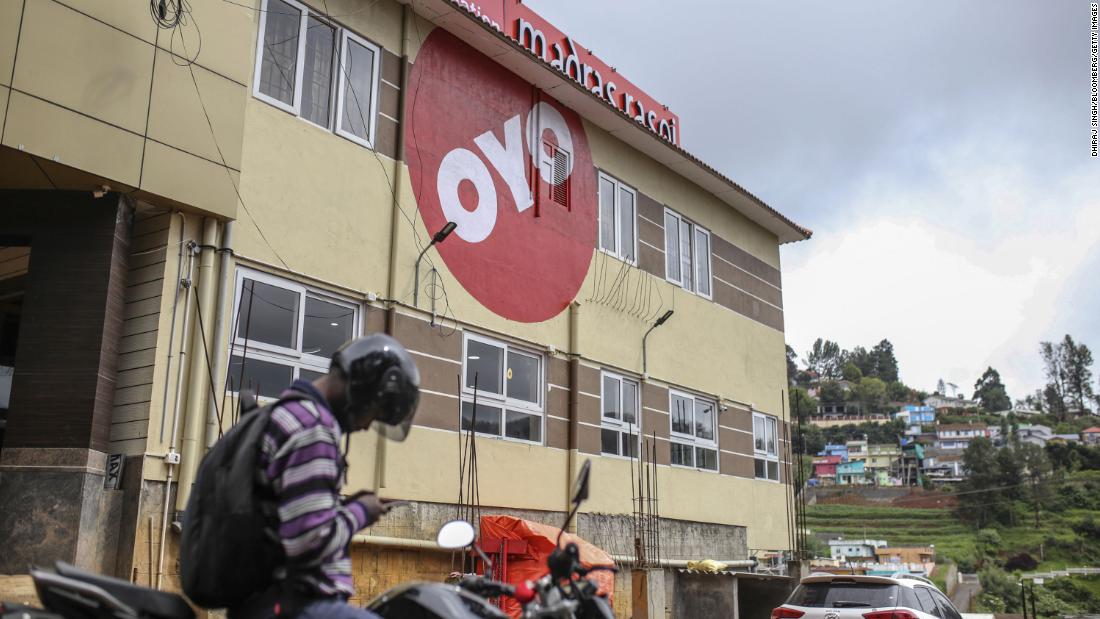 The Indian hotel chain, which is run by one of the country’s most ambitious young entrepreneurs and backed by SoftBank (SFTBF), filed Friday for an initial public offering in Mumbai. It’s looking to raise up to 70 billion rupees (about $944 million) through a sale of new shares, while giving an option to existing investors to sell some of their shares for up to 14.3 billion rupees ($193 million).

The money will be used to pay some of OYO’s debts and look for new growth opportunities, the company said in a statement.

OYO — which is officially called Oravel Stays Limited — was founded in 2012 by then 19-year-old college dropout Ritesh Agarwal as a platform to book budget hotel rooms across India. It has since branched out into leasing and franchising its own properties, and now has more than 157,000 rooms in 35 countries across Asia, Europe and the United States.
For years, the company enjoyed a reputation as a high-flying startup that seemed unstoppable. In 2019, it said it was adding rooms to its system faster than the world’s top three hotel chains combined, and that it aimed to becoming “the largest and most preferred hotel chain in the world.”
Since then, however, the Indian upstart has stumbled as it faces questions over its ability to make money and sustain growth. Those problems have been exacerbated by wavering confidence in the bets placed by its biggest backer, SoftBank — which took a hit after the botched IPO of WeWork — as well as the economic impact of the coronavirus pandemic.
Last January, OYO announced layoffs, saying that it needed to prioritize profitability, long-term growth and stronger corporate governance, among other goals. It disclosed in a prospectus Friday that it has yet to turn a profit.
The company has been cut down to size in other ways, too. According to a person familiar with the matter, it was most recently privately valued at $9 billion. That’s down from a previous valuation of as much as $10 billion in 2019.
Still, it continues to boast a lineup of marquee investors, including SoftBank’s Vision Fund, which owns nearly 47%. Agarwal personally holds about 8%, while Sequoia Capital and Airbnb (ABNB) also remain backers.
OYO recently struck a major partnership with Microsoft (MSFT), which will allow its hotel owners to use the software company’s cloud and artificial intelligence technology. The companies also plan to create so-called “smart room” experiences, which would offer customers self check-in and virtual customer service options.
SoftBank has been calling on its portfolio companies to go public, with CEO Masayoshi Son recently describing IPOs as the “harvesting” of “golden eggs.”

OYO did not outline a timetable for its listing in its prospectus. But it is planning to debut by the end of the year, according to a person familiar with the matter.

— Rishi Iyengar contributed to this report.