Opinion: If the labor shortage continues, the US economy won’t be able to recover 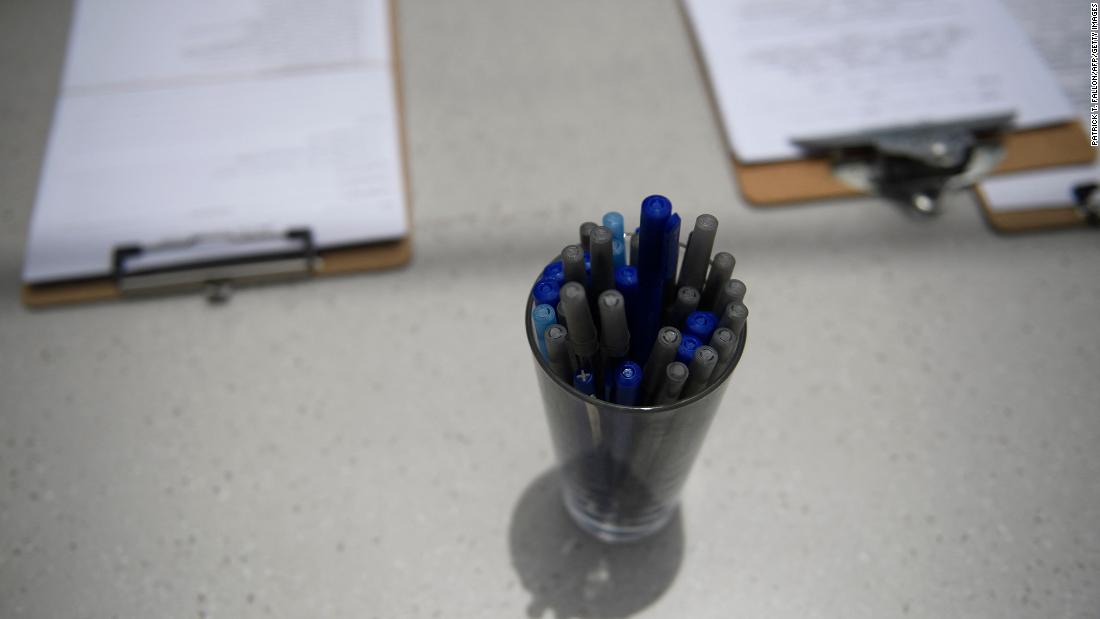 A majority of small firms (51%) say that they have job openings they are unable to fill, according to a September survey by the National Federation of Independent Business. The Conference Board CEO Confidence survey revealed that the percentage of firms citing difficulty attracting qualified people jumped from 57% in the second quarter of 2021 to 74% in the third. And the ratio of job openings to hires, a proxy for the average time to fill positions, is at a series high, according to the Bureau of Labor Statistics, as is the rate at which workers voluntarily quit their jobs.
A few factors are still limiting the supply of workers. Some people are delaying a return to the labor market because they still fear catching the virus and becoming deathly ill. The federal mandate for large private employers to require workers to be vaccinated or tested weekly may be a new drag on labor supply, as some workers will not be willing to get the vaccine. What’s more, older Americans’ labor participation rate, which measures the share of a population that is either employed or looking for work, significantly declined during the pandemic. And there are no signs of it recovering, either because older workers are at a higher risk of becoming extremely ill from catching the virus, or they feel financially prepared for retirement given the surge in stock and home prices in recent years.

In addition, many working-age Americans have become more selective in terms of the jobs they are willing to consider, or have decided to stop working altogether. Of course, how selective people can be depends on how long they can survive without a paycheck. And in the last 20 months, a significant share of households was able to increase their savings because of reduced spending, enhanced government support and a large increase in home and stock prices. But these savings will not last forever. The most likely scenario is that many Americans will return to the labor market in the coming months, leading to some easing in labor shortages.

That said, there is a significant chance that the dearth of workers will continue into 2022.

When businesses have difficulty recruiting and retaining workers, wage acceleration follows. According to the September jobs report, average hourly earnings increased at an annual rate of 6% over the past six months. That is more than double the average rate over the decade prior to the pandemic. Such wage acceleration will take a bite from corporate profits and may lead companies to raise prices.
What’s more, not only did labor costs dramatically accelerate in 2021, but the inability to find workers impacted some companies’ operations and contributed to lower profits. Meeting demand for 3 million to 4 million more workers as the US economy continues to reopen in 2022 will be a major challenge.

The US needs to find ways to raise the number of workers through larger and more economically motivated immigration policies, and higher labor force participation. For example, the federal government can make labor market needs for specific skills a larger consideration in immigration policy. And companies should attempt to hire more workers from demographic groups that typically participate less in the labor force.

If we do not address these issues, a continuing labor shortage would pose a serious risk to the 2022 US inflation and economic growth outlook. First, wages for new hires will continue to rapidly grow. That, on top of an escalating cost of living, will increase wage growth for workers who stay in their jobs. Across the board, higher annual raises and special adjustments to retain workers are likely to further increase companies’ overall labor costs.

For the first time in decades, the scenario of a wage-price spiral, where higher prices and rising wages feed each other, leading to faster growth in both, could actually hinder economic growth. In such an environment, the Federal Reserve will be forced to raise interest rates multiple times in 2022 and materially slow GDP growth by more than what is already currently being forecasted.

Without policymakers, business leaders and thought leaders more clearly recognizing the current dangers that labor shortages pose, the US risks not being able to fully recover economically from the pandemic for the next couple of years.