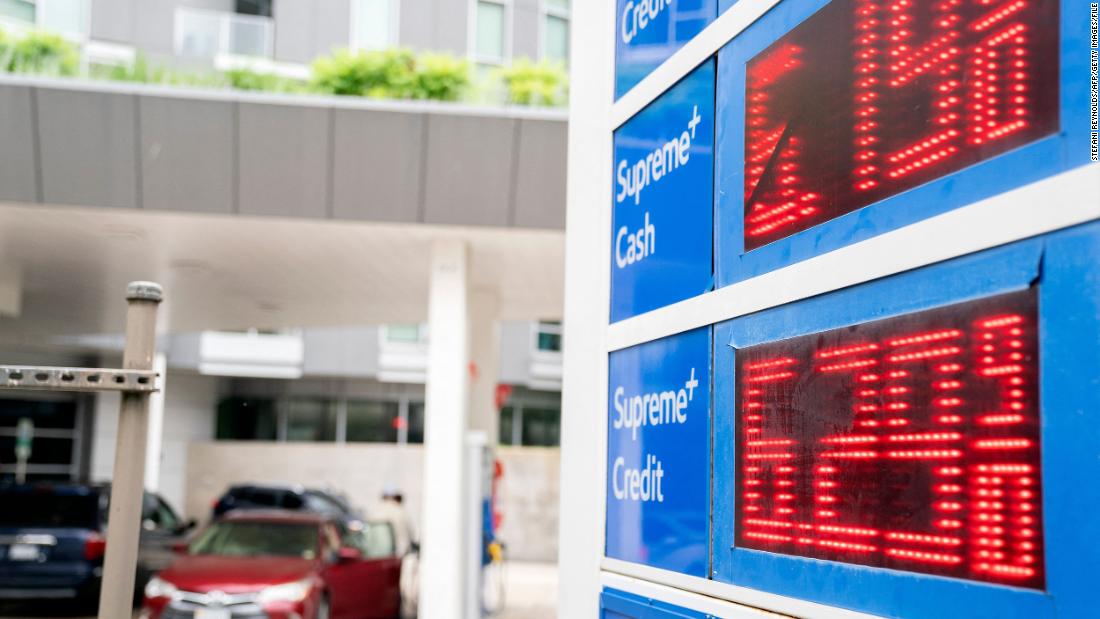 “Our guys raised concerns about the ongoing tone from the administration. We asked that their tone shift,” American Petroleum Institute CEO Mike Sommers told CNN after the in-person meeting at Energy Department headquarters between oil CEOs and Energy Secretary Jennifer Granholm.

Sommers, who was not in the meeting but was briefed by oil CEOs who were there, said the industry made a series of policy recommendations to the Biden administration to address high gasoline prices. The oil industry also urged President Joe Biden to get personally involved and meet with oil CEOs to address high prices.

“We’d welcome an opportunity to sit down with the president himself,” said Sommers, who, along with Big Oil CEOs, met with former President Donald Trump in early 2020 when oil prices were crashing. “That’s something that almost every president has done. This one has not.”

No concrete actions or commitments were announced following Thursday’s meeting.

In a statement, the Energy Department described the meeting as “productive” and expressed hope that it will be part of an “ongoing dialogue for more effective collaboration.”

Secretary Granholm called on the industry to “bring supply online” to lower prices and reiterated that Biden is prepared to “act quickly and decisively,” the Energy Department said in a readout following the meeting, which included executives from ExxonMobil, Chevron, BP, Shell, Valero, Phillips 66 and Marathon Petroleum.

Sommers told CNN the Biden administration seemed open to some of the industry’s proposals, including waiving the Jones Act to speed up the delivery of gasoline and diesel from the Gulf Coast to the East Coast.

The Jones Act is a federal law aimed at protecting US shipbuilders by limiting shipping by foreign vessels. It has been waived in the past during supply crunches.

In a statement Thursday evening, Ku’uhaku Park — president of the American Maritime Partnership — said, “The Jones Act is not a cost driver for increased gas prices, representing an average of less than one cent per gallon of the overall cost of gasoline.”

The Energy Department said Granholm reminded the oil CEOs that “their consumers, workers and communities are feeling the pain at the pump because of Putin’s Price Hike.”

“At a time when Putin is using energy as a weapon,” the Energy Department said, “oil companies must deliver solutions to ensure secure, affordable supply.”

Beyond Jones Act waivers, Sommers said oil CEOs discussed other proposals with the Energy Department, including allowing winter grade gasoline to be sold during summer months and waiving blending requirements for ethanol during the ongoing period of tight supplies.

Earlier this month, a White House official blasted “outrageous” oil profits and left the door open to a windfall profit tax on the industry. Biden himself called out the industry’s biggest company, saying: “Exxon made more money than God last year.”

Sommers responded to CNN on Thursday, saying, “No one is going to invest in an industry that the administration says will end in 2030.”

Although the industry has a “great relationship” with the Energy Department and Energy Secretary Jennifer Granholm, Sommers suggested that is not the case with the White House itself.