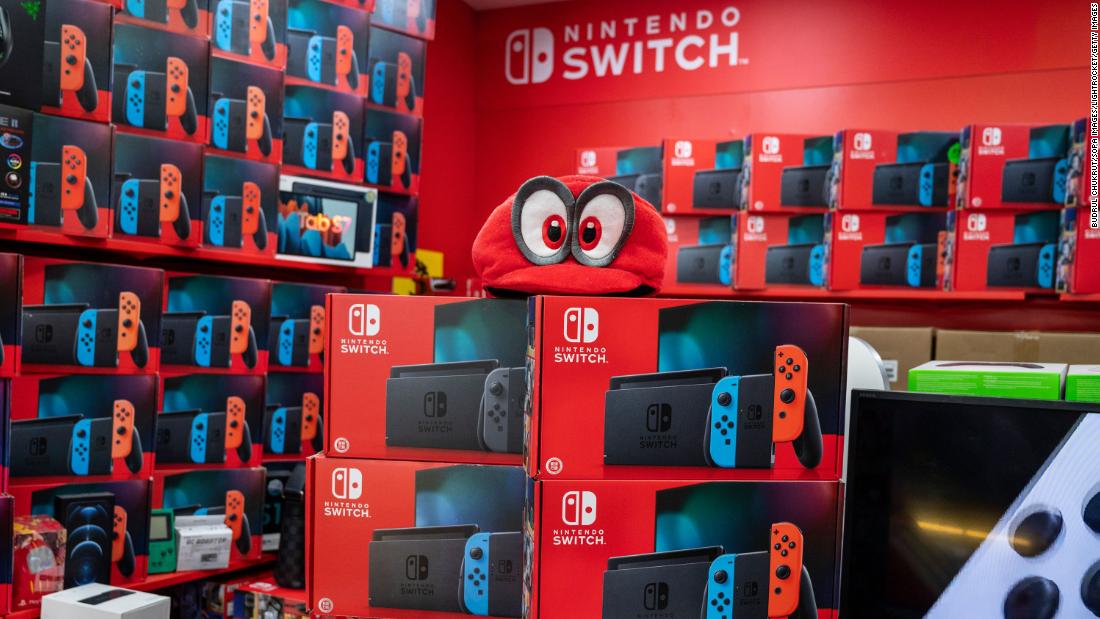 The Japanese company reduced its forecast Thursday for sales of its popular Switch console by about 6%. It now expects to sell 24 million units by the end of the fiscal year, which concludes next March, down from a previous projection of 25.5 million units.

The cut is largely due to the shortage of chips used in its hardware, which has caused production snags, the company said in an earnings presentation.
It added that “the extended impact of both Covid-19 and the global semiconductor shortage creates a state of continued uncertainty, with the possibility of future impact on production and shipping.”
Nintendo (NTDOF) still plans to make it up to investors by selling more gaming software. It hiked its forecast for that side of the business by about 5%, estimating sales of 200 million units by the end of the fiscal year.

The company held its overall forecast for net sales but raised its guidance for profits. It now projects a slight jump in operating profit to 520 billion yen (approximately $4.6 billion), as well as an increase in its dividend by 60 yen (53 cents).

That came despite a dreary report card for the six months ended September.

Nintendo was one of the big winners of the pandemic last year, with the hit game “Animal Crossing” helping keep people entertained at home. The Switch title — which is set on an idyllic island and allows users to fish, catch bugs and play with friends on the beach — was a breakout sensation for many months.
But the Kyoto-based developer has seen its hot streak start to fizzle out in recent months as parts of the world began to reopen, with overall sales falling nearly 10% in the quarter ended June from a year ago.

Nintendo shares closed down 1.7% in Tokyo on Thursday, before earnings were released.