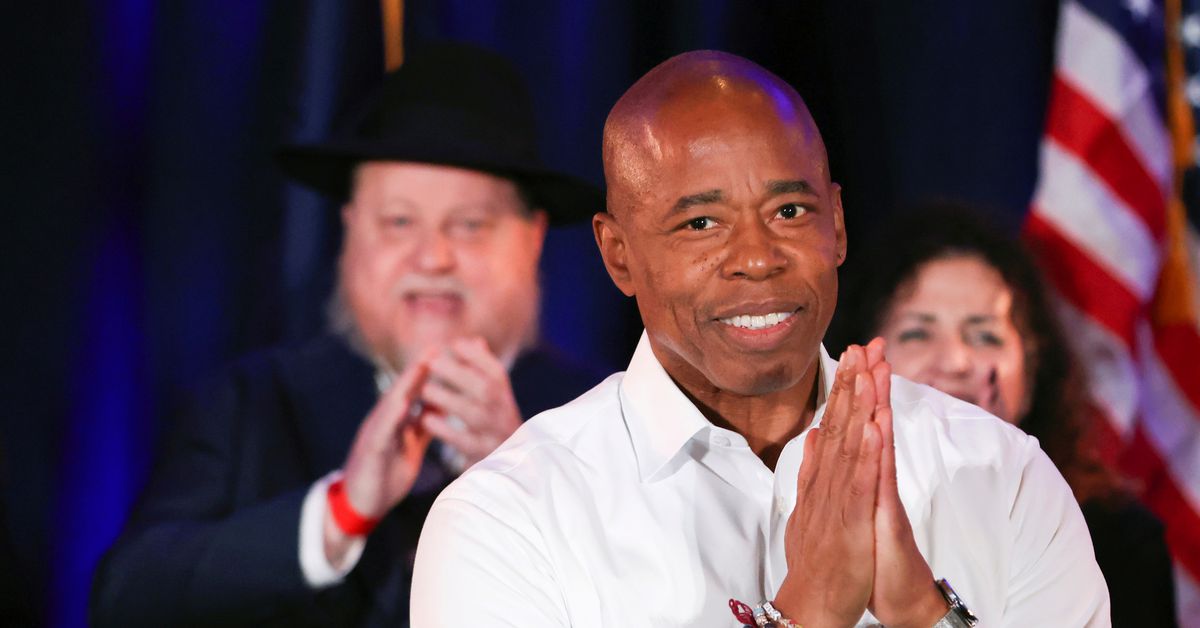 Nov 4 (Reuters) – New York Mayor-elect Eric Adams said on Thursday that he would take his first three paychecks in bitcoin and that the city would become the “center of the cryptocurrency industry.”

“In New York we always go big, so I’m going to take my first THREE paychecks in bitcoin when I become mayor,” Adams wrote in a Twitter post. “NYC is going to be the center of the cryptocurrency industry and other fast-growing, innovative industries! Just wait!”

Adams, a Democrat, will become the second Black mayor of the United States’ most populous city in January after easily defeating Republican Curtis Sliwa, founder of the Guardian Angels civilian safety patrol, in Tuesday’s election.

“It shows you that bitcoin is attracting a wide range of interest and you can now include the New York mayor,” said Edward Moya, a senior market analyst at FX broker Oanda.

“But in the end, Eric Adams is not a very influential person for swaying the people that are on the fence to join the cryptoverse.”

The Democratic mayor-elect’s tweet was a response to Miami Mayor Francis Suarez, who wrote in a Twitter message of his own that he would take his paycheck in bitcoin. Suarez won re-election on Tuesday.

It is not the first time Adams has responded to Miami in regard to a cryptocurrency competition between the two cities. After winning the Democratic nomination in June, he delivered a victory speech in which he vowed the city would become “the center of bitcoins,” among other technologies, and added, “Miami, you had your run.”

Suarez has set his sights on Miami becoming a hub for cryptocurrency innovation. The city has worked with CityCoins to unveil “MiamiCoin” in August, a protocol that has sent about $7.1 million to the municipality, the Washington Post reported in September.

Bitcoin the world’s largest cryptocurrency, was trading around $61,260 by midafternoon on Thursday, down 3% on the day. read more .

Reporting by Brendan O’Brien in Chicago; Editing by Jonathan Oatis and Andrea Ricci