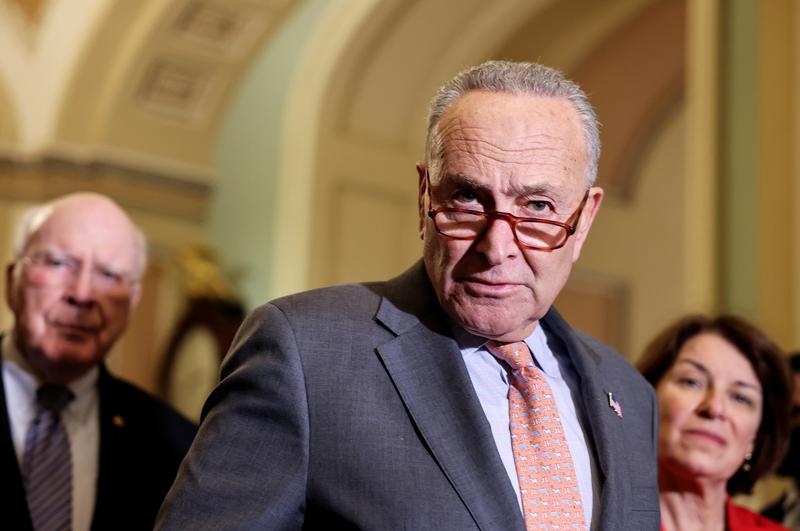 Democrats want to pass that bill and a $1 trillion infrastructure measure already approved by the Senate by Thanksgiving, after the party suffered sobering losses in state elections on Tuesday.

The official U.S. Joint Committee on Taxation issued a report scoring the “Build Back Better” legislation’s tax revenue provisions at $1.48 trillion over the next decade, some $270 billion short of the top-line spending figure.

“It’s going to be difficult” to resolve all the issues needed to pass the bill on Thursday, moderate Democratic Representative Henry Cuellar told reporters. With a 221-213 majority in the House of Representatives and a united Republican opposition, Democrats need near-unanimity to pass legislation.

Cuellar cited objections to possible immigration provisions, the lack of a final score from the Congressional Budget Office and his own concerns about climate language and a general “lack of trust” in leadership by moderates as factors making it unlikely the bills would be approved on Thursday.

House Speaker Nancy Pelosi and Ways and Means Committee Chairman Richard Neal said that the Joint Committee on Taxation’s analysis did not account for additional revenue from provisions intended to enhance the Internal Revenue Service’s tax collection and to lower the cost of prescription drugs for the Medicare healthcare program for the elderly.

“It’s an objective view that it is solidly paid for,” Pelosi told reporters after a meeting of House Democrats on the legislation.

She disputed the notion that moderate votes were shaky, but declined to say when she would call for a vote.

Treasury Secretary Janet Yellen here issued a statement saying the legislation would raise more than $2 trillion, enough to pay for the bill and “reduce deficits over the long term.”

The tax committee assesses only the tax provisions in legislation. The Congressional Budget Office, another nonpartisan arm of Congress, is expected to provide revenue scores for the IRS and drug pricing provisions, Democrats said. But a final CBO report is not expected this week.

In a meeting with fellow Democrats on Thursday morning, Pelosi expressed hope for action on both bills this week, a source familiar with her remarks said.

If passed by the House, the social policy legislation would move to the Senate, where Senate Majority Leader Chuck Schumer wants to enact it before the Nov. 25 Thanksgiving holiday.

The legislation would raise $640 billion from tax increases on high-income individuals and $814 billion from corporate and international tax reforms from 2022 to 2031, the nonpartisan Joint Committee on Taxation said. It evaluates tax provisions in proposed legislation.

Congress faces another pair of critical deadlines in less than a month: Lawmakers set a Dec. 3 deadline to avoid a potentially economically devastating default on the federal government’s debt, as well as to avert a politically embarrassing government shutdown.