MGM is selling Mirage casino: ‘We have enough of Las Vegas’ 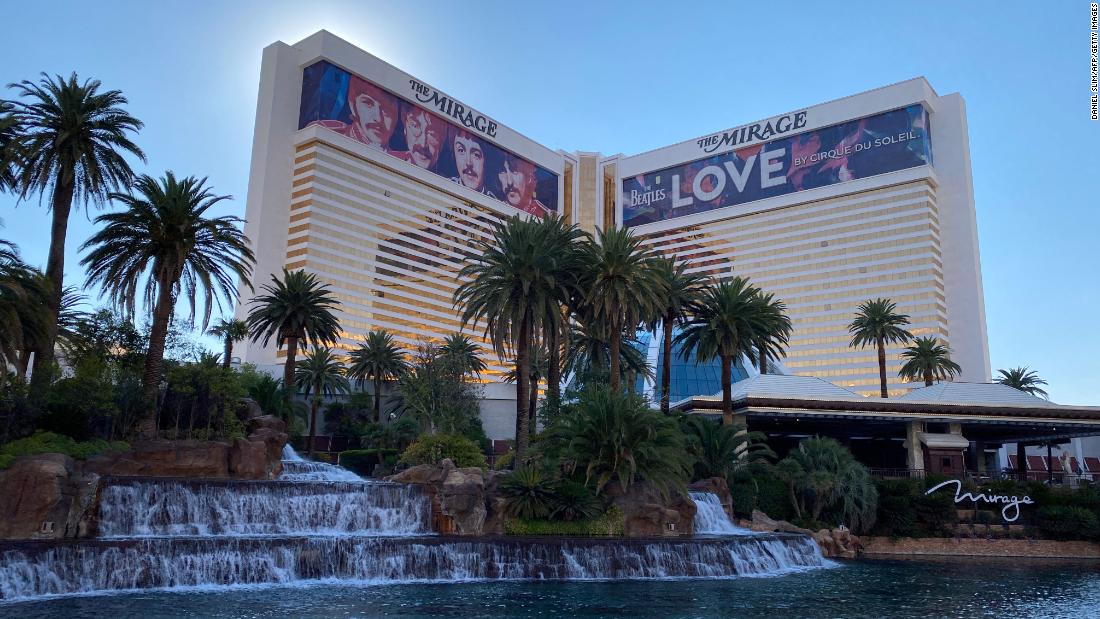 The company made the announcement in its earnings call late Wednesday, explaining to analysts that it doesn’t want to invest more money into the 32-year-old property best known for its exploding volcano. No buyers or price for the Mirage were revealed.

MGM Resorts CEO Bill Hornbuckle said on the call they are in the “early stages of a process to sell the operations” of the Mirage. “Doing so will allow us to maintain our existing Las Vegas exposure while focusing on the complementary and diverse nature of our offerings in our hometown,” he said.

“There’s 77 acres, much of it’s really undeveloped in the context of what could be there,” Hornbuckle said of the Mirage’s potential growth under a new owner. “As we look at capital allocation and we look at the notion of diversification, we have enough of Las Vegas.”

MGM (MGM) owns about a dozen properties in Las Vegas, including the Bellagio, MGM Grand and Mandalay Bay. The Mirage opened in 1989 under previous owner Steve Wynn and was purchased in 2000 by MGM.
Mirage is just one of the number of sales that have happened in Las Vegas in recent years. In 2019, MGM sold Circus Circus for $825 million and formed a joint venture with private equity firm Blackstone (BGB) to acquire the Bellagio’s real estate and lease it back to MGM Resorts in a $4.25 billion agreement.
MGM is using the money to invest billions of dollars in a new casino in Osaka, Japan. It’s also expanding sports betting in the United States. But it’s not completely abandoning the Las Vegas Strip, announcing in September it was buying the Cosmopolitan for $1.6 billion. That transaction is expected to close next year.

MGM’s stock jumped 4% in premarket trading following the news of the sale and posting a third-quarter profit.