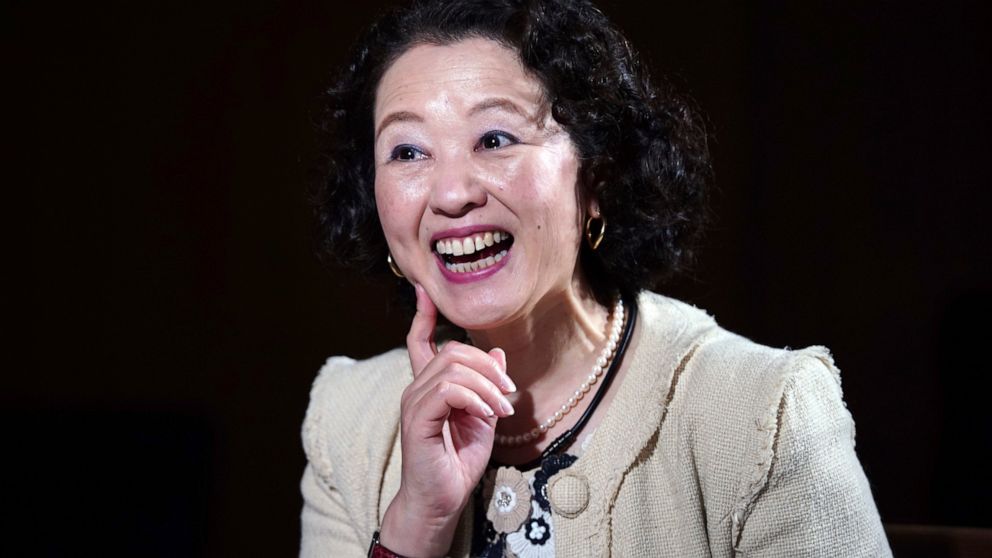 TOKYO — The head of Japan’s largest labor federation says she is determined to listen to the voices of all workers in fighting for better wages and conditions.

In an interview Thursday with The Associated Press, she said stable work has to be the top priority after the pandemic, which hit women and other vulnerable groups the hardest, in Japan and elsewhere.

Japanese unions traditionally have mostly just represented “regular workers,” or people employed in full-time permanent jobs. Rengo has stepped up efforts to encourage labor organizing among “non-regular” workers, such as those on temporary contracts, part-timers and freelancers, a large share of whom are women.

“The most urgent issue is to secure stable employment. Suicides have risen among women … and many ‘non-regular’ workers fear losing their jobs, while many others were laid off and ended up in dire straits after using up their savings,” said Yoshino, who last month was elected president of the federation of about 7 million workers.

Japan has been contending with labor shortages for years, as its population shrinks and ages. The chronic short-handedness has prompted innovations such as hotels with front desks manned by robots and driverless trains. But it has not pushed wages appreciably higher -– real incomes adjusted for inflation have been falling for most of the past 30 years. And increasing numbers of workers are “non-regular” without full benefits.

The poverty rate among Japanese children, especially in single-parent households, is one of the highest among wealthy nations, Yoshino noted.

“In order to stabilize their daily life, we must hurry to protect their employment,” she said. “In that sense, as head of Rengo, I believe I must extend a hand to those people and listen to their voices closely and demand a better working environment for them.”

The number of suicides in Japan rose by 912 to 21,081 last year, the first year-on-year increase since 2009, according to an annual report released Tuesday by the Ministry of Health, Labor and Welfare.

It attributed the increase to the pandemic. While the number of suicides among men fell for the 11th straight year, those among women rose 15% to 7,026, the first increase in two years.

Rengo’s main responsibility is to negotiate with the employers of its members, especially in “shunto” annual wage talks. But Yoshino also is a member of a government panel appointed by Prime Minister Fumio Kishida, who took office in early October, to discuss ways to counter rising inequality with what he calls “new capitalism.”

In that role, she said, “we are talking about all workers, including those outside of Rengo, so I would like to firmly speak up on behalf of the non-regular workers toward improving labor conditions, to protect human rights and correct disparities.”

On paper, Japanese women enjoy the same rights as men at work. In reality, those laws are not enforced. Women’s pay, benefits and opportunities for promotion lag far behind men’s.

Gender inequality is also woven into the country’s tax and pension system, but it’s just part of a wider problem with workers’ rights, she said. “Companies have accountability for the treatment of each of their employees.”

Kishida has mentioned various ways to combat inequality, which he and other leaders have acknowledged is a major drag on the economy -– families worried about making ends meet tend not to spend more than they have to. But economists say the hurdles to getting companies to raise wages and provide better benefits for non-permanent employees are daunting.

Raising wages of the lowest-paid workers in service industries is difficult because they already are operating with thin margins, while salaries of people working in nursing and elder care are set by the government and are a huge and growing cost for the country. Raising taxes to pay for such increases is politically untenable, said Sayuri Shirai, a professor at Tokyo’s Keio University and a former member of the Bank of Japan’s policy committee.

“The Japanese economy is so fragile and companies have such low productivity,” she said.

But Rengo’s efforts are a step in the right direction, she said. “I think Rengo should speak more for non-regular workers. Rengo has to speak more on gender issues. They have to do more,” she said.

As a student, Yoshino trained as a ballet dancer and then went to work at sewing machine maker Juki Corp. after high school. That was nearly 40 years ago, just after the enactment of the Equal Opportunity Law. At the time, she said, she vaguely imagined a typical life of marriage and motherhood.

But her encounter with a labor union led her off that path. Initially, she started from a clerical position at the company union. She got involved in union leadership after learning that issues raised by female employees were often ignored as “selfishness.”

One day, she overheard female colleagues complaining about having to buy accessories required for their uniforms. She got her first taste of victory when she got the company to pay instead.

“Many issues that should be taken up as labor issues come up in daily conversation,” she said. “It’s important to have the skills and sensitivity to listen.”