Italy-Croatia fight over Prosecco name gets ready to pop 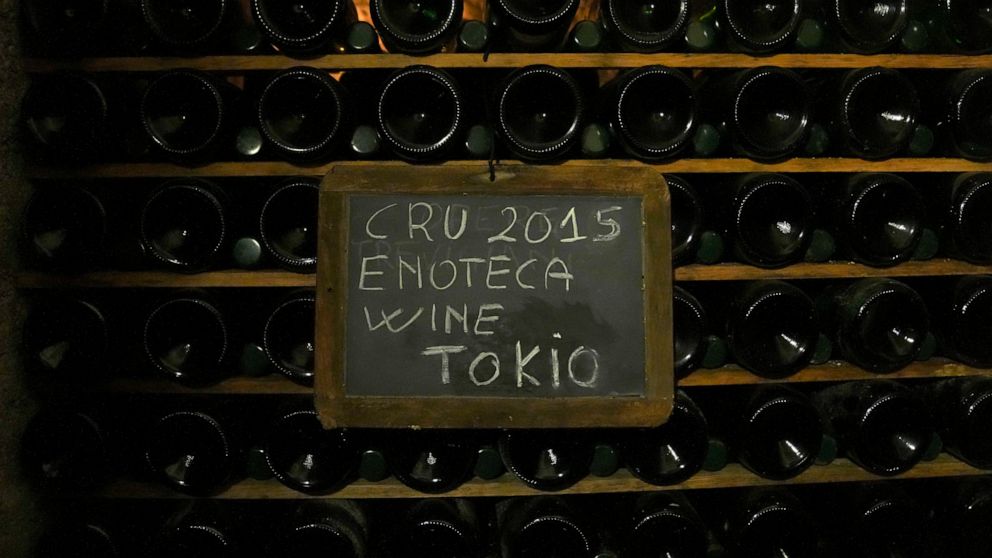 But this humble fizzy blend, virtually unknown beyond the Italian port city of Trieste where it’s made on a strip of land between the Adriatic Sea and Slovenia, is caught up in a dispute that’s about to pop: The makers of Italy’s hugely popular sparkling wine Prosecco are fighting to prevent Croatian winemakers from using the name Prosek for their sweet dessert wine.

The handful of Prosekar makers hope to use their ties to Prosecco’s birthplace, just above Trieste, to gain greater recognition for their wine but worry their name is at risk, too.

“Prosekar wine is the original, because it was born 300 years before Prosecco,” said Skabar, surveying his vineyard with a port view, the hills of Slovenia a dark green line in the distance. “So, it is the father of Prosekar, Prosecco, Prosek and all the rest.”

At stake in the battle is not only the sanctity of Prosecco, the world’s top-selling wine, but also the European Union’s system of geographical designations created to guarantee the distinctiveness and quality of artisanal food, wine and spirits, defenders say. That market is worth nearly 75 billion euros ($87 billion) annually — half of it in wines, according to a 2020 study by the European Commission, the EU’s executive branch.

The Italian government has pledged to defend Prosecco’s name, and other makers of protected products with distinct geographic roots, from Italy’s Parmigiano Reggiano cheese to France’s Champagne, are mobilizing as the European Commission prepares to deliberate on Croatia’s petition to label its niche wine with the traditional Prosek name.

“The problem for us is not that these producers, who make a very small number of bottles, enter our market. But it is the confusion it could generate among consumers,’’ said Luca Giavi, general director of the Prosecco DOC consortium, which promotes Prosecco and assures the quality of wines under the EU’s “denomination of controlled origin” designation.

Prosecco has annual sales of 2.4 billion euros ($2.8 billion), most of it exported. “Everyone perceives the situation as a threat to our success,” producer Stefano Zanette said, with worldwide buyers possibly not able to distinguish between the similar names.

Croatia argues that the Prosek name and tradition is centuries old, predating Prosecco’s protections in the EU system, and that its place as a dessert wine makes it distinct from Prosecco.

“Consumers will not be confused by this,” Ladislav Ilcic, a Croatian member of the European Parliament, said in a recent debate. “Prosek should legitimately receive the protected denomination of origin, and producers should have full access to markets.”

The Brussels-based European Federation of Origin Wines is preparing a brief to support Italy. It believes the European Commission’s decision to hear the case has defied its own battle to get other nations and trading blocs to recognize the EU’s system of geographic designations.

The dispute, which will be decided in the coming months, is likely to turn on Prosecco’s origin story, emanating from the bilingual Italian village of Prosecco near the Slovenian border above Trieste, where winemaking once flourished.

It is here, say the ethnic Slovene Italians who make Prosekar, that the grape known as Glera — the basis of both Prosecco and Prosekar — originated.

But besides common etymological roots, Prosekar, Prosecco and Prosek have little in common.

Prosecco, made predominantly from the Glera grape, is produced by three consortia spanning nine Italian provinces in alpine foothills that curve along the Adriatic Sea. They put out more than 550 million bottles a year.

Prosek is a sweet wine made in Dalmatia with dried native Croatian grapes, none of them Glera, and may be red or white.

Prosekar, on the other hand, is an equal blend of Glera and two other grapes, made by fewer than a dozen micro-producers. In decades past, Prosekar was mainly produced at home and shared among friends, family and neighbors, often served from ad-hoc taverns in private houses.

Prosecco makers moved to protect their coveted geographical indication 12 years ago, after seeing winemakers in northeast Italy lose the right to use the label Tocai in a European decision that protected wines produced in Hungary’s Tokaji region. In Italy, Tocai was simply the name of the grape variety, with no geographic ties. The decision gutted the makers of Friuli Tocai, who struggled to find a market with a new name: Friulano.

Both the Italian and Croatian regions tussling over the Prosecco name shared a history of Venetian and then Austro-Hungarian control, spanning the period when Prosecco migrated northwest, into present-day Italy, and south, along Croatia’s Dalmatian coast.

Prosecco defenders say the name Prosek has never been uniformly applied and came to mean even a generic form of dessert wine.

Written documents link the village of Prosecco to wine as early as the 1600s and 1700s, when wines were called “of Prosecco” to indicate their village of origin, wine historian Stefano Cosma said. “By the 1800s, it was already a sparkling wine,” he said.

In present-day Prosecco, Prosekar winemakers hope that because the EU has included the village itself in the geographic territory for the protected wine, they might have a shot at expanding their market for Prosekar, which they say was first made in 1548.

But because their wine has not earned the EU designation, Prosekar producers are banned as much as Prosek makers from using their name. They so far haven’t been challenged as long as they don’t sell beyond Trieste, said Andrej Bole, a sixth-generation Prosekar producer.

They are working with the Prosecco consortium to help their wine earn the coveted origin insignia, which is awarded with each vintage. The question of legally using the Prosekar name won’t be decided until that hurdle is cleared, the head of the consortium said.

“We have to look at the European norms,” Giavi said. “But there is that option, which we don’t mind.”

Siberia or Japan? Expert Google Maps Players Can Tell at a Glimpse.