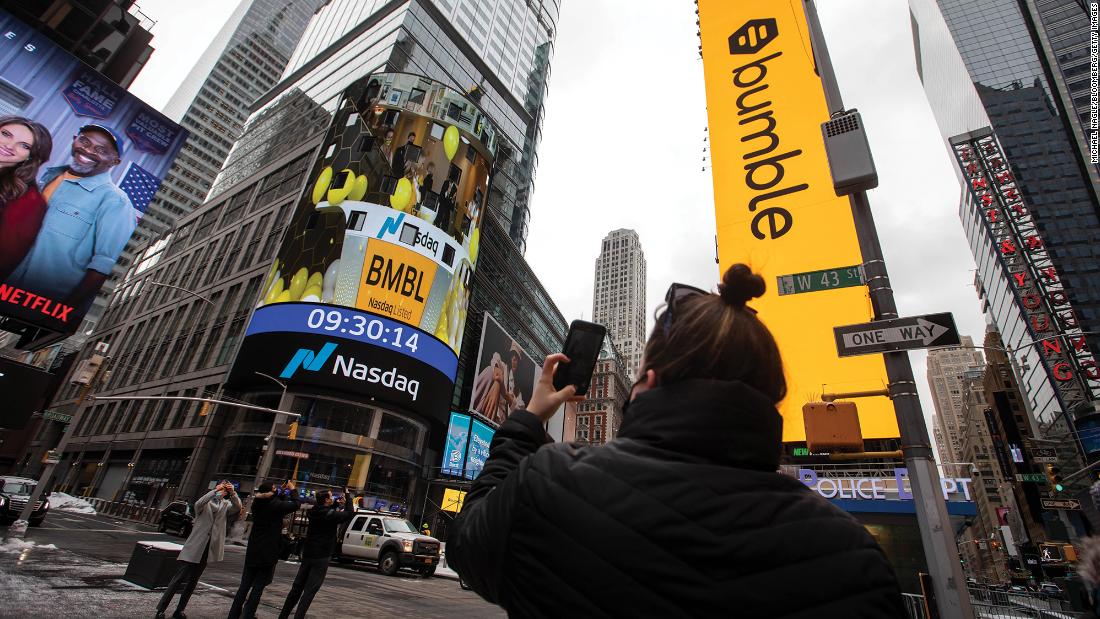 There already have been more initial public offerings through the first three quarters of 2021 than there were in all of 1996 — the best year ever for IPOs, according to FactSet.

Startups are taking advantage of low interest rates and other stimulus from the Federal Reserve, investors’ insatiable appetite for rapidly growing startups and the boom for so-called blank check special purpose acquisition companies, or SPACs.

SPACs have become popular ways for companies that are looking to go public with a little less regulatory scrutiny.
Richard Branson’s Virgin Galactic (SPCE), DraftKings and the scaled down WeWork have all gone public by merging with a SPAC. Former President Donald Trump has plans to merge his new social media firm with a SPAC, too.
Some big firms also are choosing to go public through direct listings of shares on Wall Street exchanges. Roblox and Coinbase both issued stock directly instead of selling new shares in an IPO.

Of course, not all IPOs soar once they started trading. And even those that enjoy solid debuts tend to taper off.

The Renaissance IPO ETF (IPO), which holds shares of large, high profile companies that have gone public in the past few years such as Roblox, Coinbase, Airbnb and DoorDash, is up just 7% in 2021, lagging the broader market’s gains.

But the surge in demand for regular IPOs shows that many so-called unicorns (startups with at least a $1 billion valuation) are willing to pursue the good, old fashioned way of going public.

“An accommodative market backdrop and elevated valuations have encouraged issuers to go public,” said Rachel Gerring, IPO leader for EY Americas, in a report last month. “We are cautiously optimistic that these trends can continue through year end and into 2022.”

“We expect the IPO market to finish the year strong, with a robust pipeline and ample … backlog to support issuance in the fourth quarter,” said analysts at Renaissance Capital, a research and investing firm that focuses on IPOs, in a recent report.

Asian stocks fall ahead of US inflation