In a ‘Workers Economy,’ Who Really Holds the Cards? 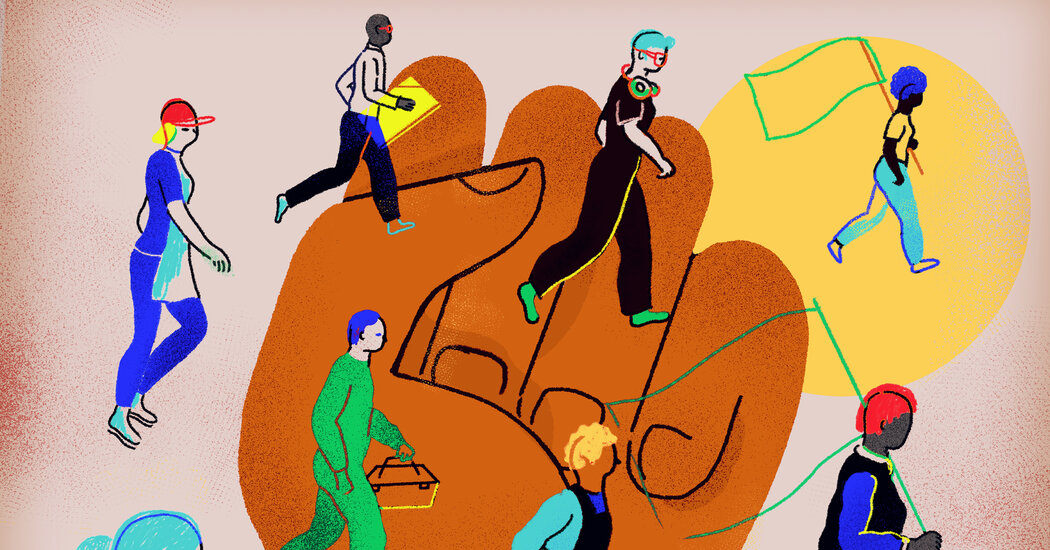 At 3M, a multinational manufacturing company based in Minnesota, internal polling showed that 87 percent of employees valued flexibility in where they could work; in August, while the Delta variant was spreading, the company announced a new approach to remote work that lets employees set their own terms on when to come to the office, if at all. At PWC, more than 40,000 employees learned last month that they could work anywhere they want within the United States.

Even at companies that put a high value on in-person work, the realities of recruiting in this market have changed the calculus.

“To some degree we’re catering to the expectations and wishes of law students and our younger lawyers,” said Brad Karp, chairman of the law firm Paul, Weiss, which is requiring most employees to be in the office at least three days a week starting this month but is far more flexible on remote work than pre-pandemic.

The last year has emboldened laborers to tell their bosses where, when and how they want to work, according to Mr. Karp. “At some organizations that might have been more stodgy or hierarchical, you’re seeing the March 2020 demarcation as a watershed moment,” he said. “The ability of the work force to speak their minds became actualized.”

And some of what workers are pushing for, beyond specific changes, is the chance to keep asking for more. In July, David Barrett, the chief executive of the software company Expensify, appeared on a panel with Ifeoma Ozoma, who helped push for a California bill signed last month to limit the use of nondisclosure agreements. Ms. Ozoma asked the C.E.O. whether he would consider specifying in his employees’ contracts that they could speak freely about discrimination, harassment or unlawful conduct in the workplace.

Ms. Ozoma dropped sample contract language into the Zoom chat. “You can share it with your general counsel, who’s probably a bit nervous right now,” she said.

To Mr. Barrett, it was an opportunity to demonstrate his commitment to free expression for employees without fear of being fired; to others, it might have seemed like the sign of a distinct moment.

“Economists are going to be looking back at this time for centuries saying ‘What the hell was going on?’” Mr. Barrett said. “I was in a restaurant yesterday and there was a sign that said ‘We’re short-staffed so please be polite with our employees.’ I’ve never seen anything like that ever. That’s a company taking a very public and pro-employee stance.”