How M&M’s Found Itself in the Culture Wars 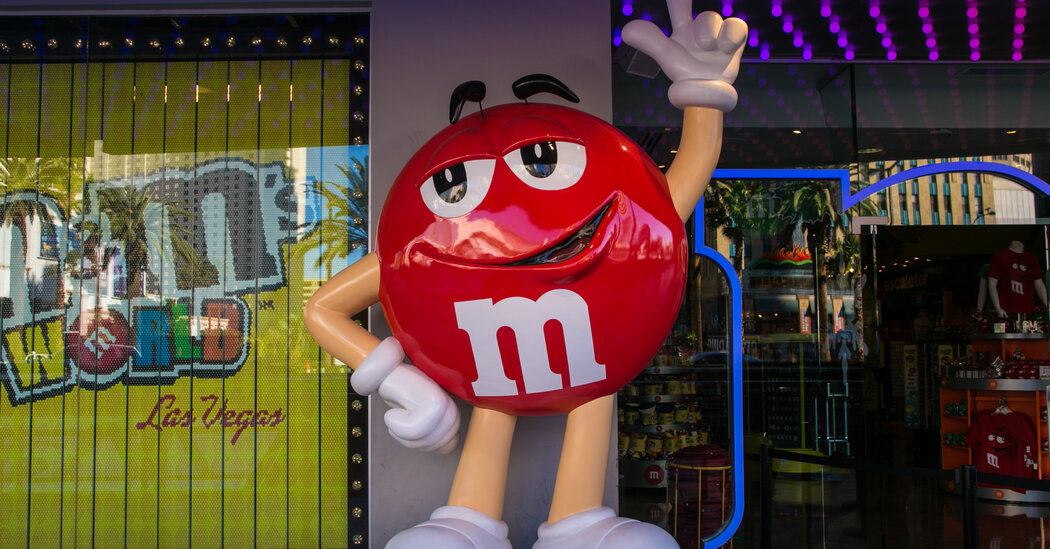 M&M’s, the ubiquitous candy brand owned by Mars Wrigley, announced on Monday that it would take “an indefinite pause” from its “spokescandies,” deciding that the cartoon characters with arms, legs and minimal facial features were simply too divisive for a polarized America to take.

The characters, which have featured in the company’s ads for decades, were not weighing in on abortion or the storage of classified documents. But figures on the political right, including Tucker Carlson of Fox News, have criticized the candy as “Woke M&M’s,” owing to a series of cosmetic tweaks in recent years.

Here’s how we got here, to the extent that it’s possible to explain.

How Mars Wrigley explained its decision.

In a statement on Monday, Mars Wrigley began with words familiar to anyone about to have a breakup conversation: “America, let’s talk.”

“In the last year, we’ve made some changes to our beloved spokescandies,” the company said. “We weren’t sure if anyone would even notice.”

“We definitely didn’t think it would break the internet,” the company said. Few people thought that it had.

“But now we get it — even a candy’s shoes can be polarizing,” the company continued, surely confusing many people who had no idea what this sentence could possibly mean. We’ll come back to that.

Being polarizing is “the last thing M&M’s wanted since we’re all about bringing people together,” the company said. “Therefore, we have decided to take an indefinite pause from the spokescandies.”

It offered up an apparent solution: “In their place, we are proud to introduce a spokesperson America can agree on: the beloved Maya Rudolph,” the actress and “Saturday Night Live” alum who has not, as of this date, been central to any culture wars. “We are confident Ms. Rudolph will champion the power of fun to create a world where everyone feels they belong,” the company said.

Gabrielle Wesley, chief marketing officer for Mars Wrigley North America, said in a statement that the decision to engage Ms. Rudolph as the “chief of fun and spokesperson” for M&Ms had been “in the works for a while.” Ms. Rudolph will appear in an ad campaign that will debut during the Super Bowl LVII broadcast on Feb. 12, the company said.

Yes, a candy’s shoes can be polarizing.

It turns out there is an appropriate level of sexiness that M&M’s figures should display in their footwear, and America is divided on how sexy that should be.

In January 2022, M&M’s gave the aching feet of its two female spokescandies a break, replacing the green M&M’s heels with flats and swapping the brown M&M’s stilettos for smaller, more comfortable heels.

This decision, to some, was an injustice.

“M&M’s will not be satisfied until every last cartoon character is deeply unappealing and totally androgynous,” Mr. Carlson railed on his show. “Until the moment when you wouldn’t want to have a drink with any one of them. That’s the goal. When you’re totally turned off, we’ve achieved equity. They’ve won.”

The candy’s new look was not exactly at the top of Mr. Carlson’s concerns — the clip received some mockery from his political opponents, and most people moved on. But this month, Mr. Carlson declared that the “woke M&M’s have returned” after Mars Wrigley introduced a new purple M&M to the roster, and the others got a new look.

“The green M&M’s got her boots back but apparently is now a lesbian, maybe, and there is also a plus-sized, obese purple M&M,” he said. “So we’re going to cover that, of course. Because that’s what we do.”

The M&M’s Twitter account has shown little desire to engage in the spats, in recent months tweeting almost exclusively to wish people happy holidays. In early January, when the purple M&M was revealed, the brand said it was “celebrating women across the country who are flipping the status quo.”

Florida lawmakers to meet next week on Disney, immigration