Global finance pledge could mean $100 trillion for the climate. Now for the hard part 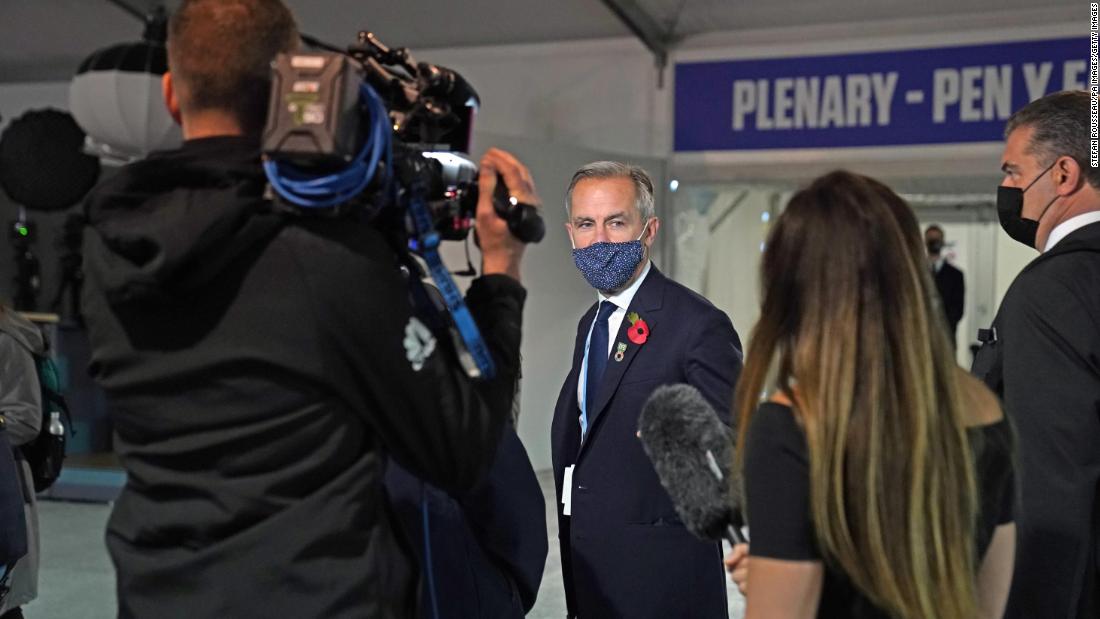 The coalition controls over 40% of global banking assets, and its organizers predict it can deliver $100 trillion of finance over the next three decades — more than $3 trillion a year — to accelerate the transition to net zero carbon emissions.

“We now have the essential plumbing in place to move climate change from the fringes to the forefront of finance so that every financial decision takes climate change into account,” said Carney, the UN special envoy for climate action and finance.

GFANZ signatories have committed to science-based targets, including achieving net zero emissions by 2050 at the latest, delivering their share of 50% emission reductions this decade, and reviewing targets every five years. All firms will report their progress and financed emissions annually.

The coalition’s potential and the scale of assets controlled by its members are simply huge. To put it into context, the International Energy Agency (IEA) and the International Monetary Fund last year called for governments to invest $3 trillion over three years in tech and infrastructure to cut 4.5 billion metric tons out of global greenhouse gas emissions by 2023 and put the world on a path to achieving the Paris climate goals.

But net zero commitments made by companies often include loopholes, lack transparency and don’t include enforcement mechanisms to ensure they follow through.

“We need to ensure that commitments that have been made are tracked and held to account. Ensuring the integrity of these commitments over time is fundamental to actually making a difference and we now need to focus resolutely on the quality of promises made by financial institutions, not just their quantity,” said Ben Caldecott, director of the Oxford Sustainable Finance Group at the University of Oxford.

The problem is recognized at the highest levels. United Nations Secretary-General António Guterres said earlier this week at COP26 that “there is a deficit of credibility and a surplus of confusion over emissions reductions and net zero targets, with different meanings and different metrics.”

Guterres said he would establish a group of experts that would propose “clear standards to measure and analyze net zero commitments.”

When it comes to GFANZ, funding for fossil fuels is a major point of contention.

The IEA has said that fresh oil and gas development must stop if the world is going to limit warming to 1.5 degrees Celsius and avoid the worst effects of the climate crisis. But commitments made by GFANZ members do not require them to stop financing fossil fuel projects, according to climate advocacy group Reclaim Finance.

In the six years since the Paris agreement, the world’s 60 biggest banks have poured nearly $4 trillion into the fossil fuel industry, according to the group.

“More than $130 trillion in [assets under management] and not a single rule to prevent even one dollar from being invested in the expansion of the fossil fuel sector. Once again, the financial sector is willing to puff itself up with hot air commitments instead of enacting the concrete cuts in oil, gas and coal financing we really need,” said Lucie Pinson, executive director of Reclaim Finance.

Carney and former New York City mayor Michael Bloomberg, who has joined GFANZ as co-chair, wrote in an op-ed on Wednesday that business are addressing climate change for reasons beyond altruism — they have significant exposure to climate risks, and they can make money off the race to clean energy.

But they also acknowledged that companies may attempt to claim green credentials while continuing to contribute to climate change.

“There’s no off-the-shelf plan for reaching net zero, and the methods for doing so will vary widely by industry. Nor are there universally accepted benchmarks for defining progress, which raises the risk of ‘greenwashing,’ ” wrote Carney and Bloomberg.

“These are crucial challenges that must be addressed as companies begin to turn their pledges into plans. Success will depend largely on industry coordination and public accountability,” they added.