FOMC: Time is here to taper bond buying, not to hike rates 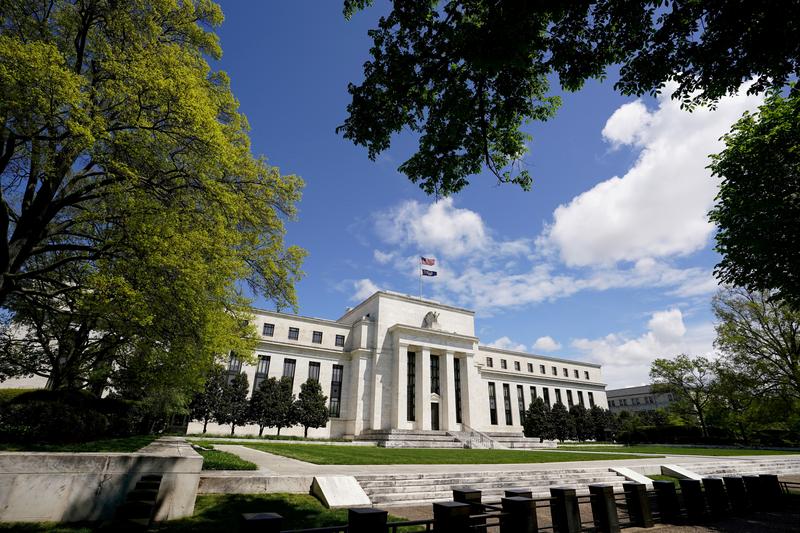 NEW YORK (Reuters) – The Federal Reserve on Wednesday said it will begin trimming its monthly bond purchases in November with plans to end them in 2022, but held to its belief that high inflation would prove “transitory” and likely not require a fast rise in interest rates.

However, the U.S. central bank nodded to global supply difficulties as adding to inflation risks, saying that those factors “are expected to be transitory,” but would need to ease to deliver the anticipated drop in inflation. A small change in language indicated Fed officials see the process taking longer.

The S&P 500 rose to session highs after Fed Chairman Jerome Powell stressed it was not time to raise interest rates because the labor market had not healed, during questioning from reporters after the FOMC statement.

MARVIN LOH, GLOBAL MACRO STRATEGIST, STATE STREET, BOSTON, MASSACHUSETTS“Completely as expected. I think market pricing in of a rate hike in July 2022 is a little aggressive, but it depends on signs of transitory inflation between now and the middle of next year. It’s very much dependent on how long these shortages that we’re dealing with last. But the pricing is fairly consistent with what we saw going in.”

“What we’ve seen over the course of the past two to three weeks is investors pushing back against central banks’ ability or appropriateness in waiting for the ‘transitory’ period to emerge. Inflation is still much higher than anyone expected and driven by factors that central banks can’t really control. From the Fed’s perspective, they’re certainly not at this point expecting to hike rates though they’ve put the pieces in place to do so if and when they need to.”

“Short rates have increased, long rates have remained fairly stable, since ultimately the belief is that action will be taken if rate hikes are needed – they’re already priced in, the market has already done the heavy lifting. If it doesn’t prove to be transitory the way the Fed thinks, they can deal with it.”

“The Fed did not rock the boat on this one. It was fairly well-telegraphed what the Fed might do and they did what most people expected by announcing $15 billion in tapering, and still leaving (interest) rates at zero percent.

“Tapering will start later this month and end in July 2022, nearly exactly what most expected.

“Yet again they did not throw any curve ball to market participants, and we’re not seeing massive volatility after the announcement because there were no real surprises. But we’ll see what happens at the press conference.

“They left the word ‘transitory’ in there. They hit the ball right down the middle. It’s business as usual. Jerome Powell telegraphed nearly all of this before it happened.”

“The Fed initiated the removal of accommodation today as it announced the start of QE tapering, as widely expected. The committee will reduce the monthly pace of net asset purchases of Treasury securities by $10bn and by $5bn for agency-backed mortgage securities this month, implying a mid-2022 finish to tapering as officials previously discussed, and opening the door to our forecast for two rate hikes in H2 2022.

“However, policymakers may alter the pace in response to a change in the economic outlook. That came alongside a clarification in the language regarding inflation, in which the lofty pace is still viewed as transitory, with the statement adding that supply and demand imbalances related to the reopening have contributed to the upside in prices lately. They still expect to see a reduction in inflation ahead as supply constraints ease.”

“It’s pretty much on expectations I would say. There’s a greater acknowledgment of the inflation that we’ve already seen and the likelihood that that pressure continues for at least a little while longer, but it’s all presented against the backdrop that it’ll end up being transitory in the end. They made sure to retain the word transitory, which is significant. If it had disappeared then it would suggest that the Fed’s taking a more hawkish stance, but they are not. The taper was pretty well advertised between the minutes and recent speeches and whatnot. The pace of $10 billion per month reductions was pretty much consensus…And the fact that they left the door open to increasing the pace of purchases at some point, or they say adjusting the pace of purchases, I would only imagine that they would be increasing it barring some kind of exogenous shock to the economy between now and June. But if inflation continues to be a problem for them and their messaging, or if the labor market improves more quickly and they think liftoff is closer at hand than they do now, they can still adjust this and make sure that the bond buying is done before anything really starts on the interest rate policy debate.”

“The market was extremely long dollars going into this and they still are. They have been building up dollar positions for quite some time. So, we’ve already seen a little bit of a sell off – now that the facts are out, we can take some profits.”

“Over the rest of the next quarter, I still like the dollar, even though it’s reversed its uptrend, there are still lots of things that have been driving the dollar that remain intact, whether it’s the relatively high interest rates, and they are going higher as we speak, the Fed showing eagerness to stop inflation and admitting to some extent that inflation maybe isn’t as transitory as they initially thought, and I still like it as a safe haven.”

“The Federal Open Market Committee (FOMC) announced it will start tapering its asset purchases beginning in mid-November. It cut the pace by $15 billion per month with $10 billion coming from its Treasuries purchases and $5 billion coming from its mortgage backed securities purchases. The monthly purchases beginning in mid-November will be $70 billion in Treasuries and $35 billion in MBS. Beginning in mid-December, the pace will be $60 billion of Treasuries and $30 billion of MBS. At this pace, the Fed should be done with its asset purchases by mid-June. The policy statement said the summer rise in COVID cases created a bit of a lull in economic activity. The factors pushing inflation higher are ‘expected to be transitory.’ That shows a chink in their confidence that it is indeed transitory. The Fed is trying to change the word of the day from “transitory” to “flexible.” It has flexible average inflation targeting and its willing to be flexible with its asset purchases and even the date of lift-off for rates, depending on how permanent transitory ends up being.”

“I don’t think that there’s anything unique in the statement other than the fact they’re trying to buy themselves time by saying both the inflation and supply chain disruptions are temporary, and that’s the bottom line. What we got was right in line with what was expected.

“They’re hedging their bets, but that’s not anything new, because we’ve heard publicly they’re a little less confident that things are going to come down as quickly on the inflation side as they thought. Along with supply disruptions, things just drag on a bit longer and the statement reflects those realities.”

“More or less as expected, this means it is all going to hinge on the press conference given a lot of the nuance around what the markets re-price in terms of Fed expectations, the focus will be the press conference. Just now you are starting to see yields at the long end start to drift up, so with stocks kind of performing well after the meeting, it does seem like though it was largely as expected there is still a bit more of a dovish tilt to the early read on the statement given the one remaining question mark was how they would characterize inflation and they kind of qualified it as they still expect transitory inflation. So maybe the risk to this meeting was they signal more that the inflationary pressures are starting to build up more than they are willing to tolerate.”

“It kind of offset because there is some question about the taper of asset purchases would start this month or next month. So maybe the November start is obviously a bit hawkish, seems like they would want to get it started and get it over with as soon as possible. But the qualifying factor here is that despite all the recent concerns of inflation, it seems like they are still not only expecting it to prove transitory but they also added the qualifying statement it is largely down to supply and demand factors in certain sectors of the economy.

“It seems very much in line with market expectations, and that’s reflected in the muted reaction. It’s also leading me to think… we can probably expect one, maybe two, rate hikes tops in late 2022, which is less than many had kind of priced in. But, generally speaking, no surprises, which is a good thing. One of the things that’s interesting is they made it very clear that a lot of these actions are going to be predicated on continued economic improvement and the inflation outlook.”