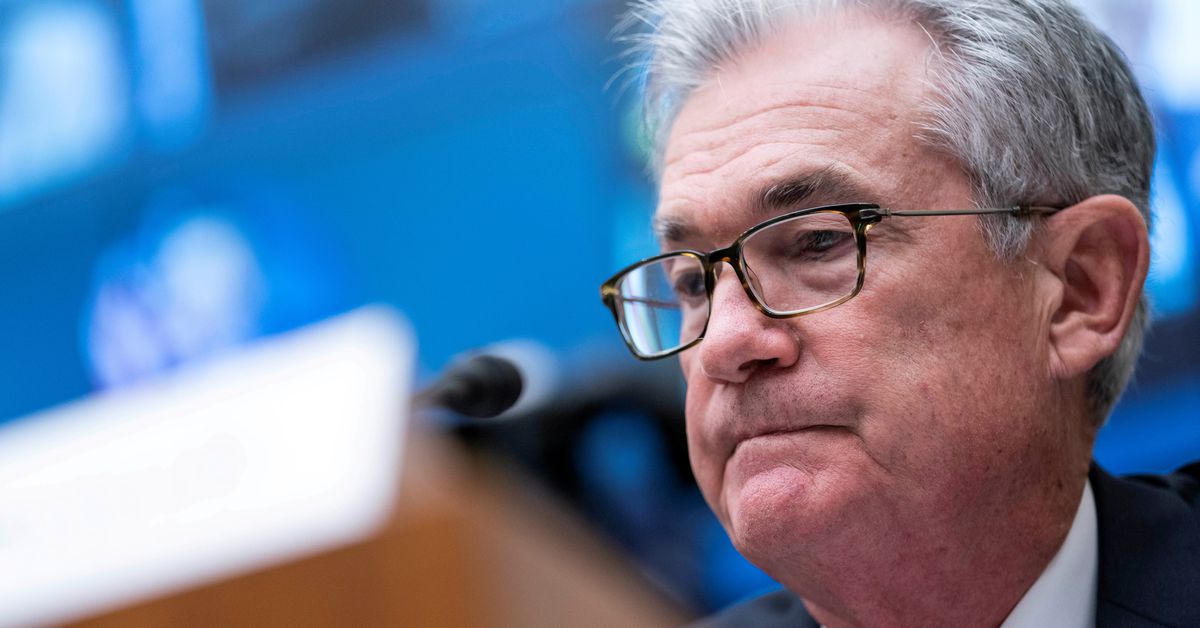 Nov 4 (Reuters) – A rush of expectations that tightening signals by central banks in Canada and Australia would nudge the world’s biggest monetary policy actors to accelerate their own timelines for rate hikes ran into a wall of sorts on Wednesday, with the Federal Reserve and European Central Bank saying not so fast.

Rate futures and bond markets on both sides of the Atlantic had been repricing for an earlier rate-hike lift-off by the Fed and ECB over the last month in the face of an inflation environment that is not heeding to policymakers’ “transitory” mantra.

The moves went into overdrive starting a week ago when first the Bank of Canada surprised markets with hawkish signals about its outlook and then this week the Reserve Bank of Australia suggested interest rate increases were on the way, even though the RBA took a more cautious approach on the timing of hikes. read more

In the Fed’s case alone, futures pricing had advanced since Oct 1 from firm expectations for the Fed to lift rates just once by the end of 2022 from the near-zero level they’ve been at for nearly 19 months to 50-50 odds of three quarter-point hikes by year end as of Tuesday.

“In our forward guidance on interest rates, we have clearly articulated the three conditions that need to be satisfied before rates will start to rise,” she told an event in Lisbon. read more

“Despite the current inflation surge, the outlook for inflation over the medium term remains subdued, and thus these three conditions are very unlikely to be satisfied next year.”

Investors, until now cool to Lagarde’s previous soft-sell pushback on the matter, heeded, and pricing for the ECB’s next move, a 10 basis point increase, was pushed back from next October to December 2022.

For his part, Powell reinforced what Fed officials maintain is a clear distinction between the long-anticipated “tapering” of the Fed’s $120 billion a month of bond purchases to zero by mid-2022 – announced as expected on Wednesday – and future rate hikes. His remarks at his post-meeting news conference signaled the Fed would stay patient – and wait for more job growth – before raising interest rates. read more

“Ideally, we would see further development of the labor market in a context where there isn’t another COVID spike. And then we would be able to see a lot. To see how does (labor) participation react in the post-COVID world,” he said.

“We don’t think it is time yet to raise interest rates. There is still ground to cover to reach maximum employment,” Powell said, adding that he thought that goal could perhaps be met late next year.

His and Lagarde’s comments would seem to herald a recommitment by the world’s top two central banks to policy frameworks both have laid out in the last year.

In the Fed’s case it tilts policymakers toward a greater tolerance for inflation – currently running at roughly twice its targeted 2% annual pace – in the hope of not choking off a fuller job market recovery: The U.S. economy, despite its rapid rebound this year, remains roughly 5 million jobs short of the total employment level the month before COVID-19 triggered a short but sharp recession.

While U.S. rate futures markets still assign a strong probability the Fed will raise rates for the first time at its meeting next June – the same month the taper appears slated to end – pricing for a string of once-a-quarter increases after that have backed off notably.

“While not an ultra-dovish meeting, the result was still a far cry from some of the more stunning hawkish surprises seen last week, from the likes of the Bank of Canada … and the RBA,” analysts at Natwest Markets wrote after the Fed decision and Powell’s press conference.

The show may not yet be over, however, with the Bank of England set to meet on Thursday with the outcome seen as the most unpredictable in years. BOE Governor Andrew Bailey has expressed concern about an inflation rate seen hitting 5% this year and at least two other policymakers have shared his concern. read more

Additional reporting by Howard Schneider in Washington, Balazs Koranyi in Frankfurt and William Schomberg in London
Editing by Shri Navaratnam